On March 21 hard-core feminist Sarrah Le Marquand wrote a shocker of a newspaper opinion piece entitled “It should be illegal to be a stay-at-home mum”. Yes you read that right. In this uber-feminist rant she said this: “Rather than wail about the supposed liberation in a woman’s right to choose to shun paid employment, we should make it a legal requirement that all parents of children of school-age or older are gainfully employed.”

I read it at the time, and shook my head in disbelief. Actually, it was all rather believable as this is standard feminist fare. But I let it go, hoping to later get back to it. Well it is later, so I have. You can read the piece for yourself (see link below). It is mind-boggling. 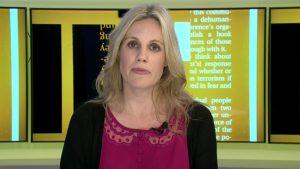 But as appalling as this is, it is nothing new, as mentioned. Marquand stands in a long line of radical feminists who have made clear their hatred of marriage and family, motherhood and childrearing. Indeed, the feminist movement has long warred against mothers, against homemaking, and against childrearing.

I have been collecting some of their more juicy and jaundiced quotes for quite some time now. Let me present just some of them for your enjoyment and edification:

“The heart of woman’s oppression is her childbearing and childrearing roles.” Shulamith Firestone

The family is an “obscene bourgeois institution”. Simone de Beauvoir

“Even if a woman wants to have children, she must think very hard about the conditions in which she will have to bring them up, because child-rearing, at the moment, is real slavery.” Simone de Beauvoir

“No woman should be authorised to stay at home and raise her children . . . Women should not have the choice, precisely because if there is such a choice, too many women will make that one.” Simone de Beauvior

“In order to raise children with equality, we must take them away from families and communally raise them.” Mary Jo Bane

“Since marriage constitutes slavery for women, it is clear that the women’s movement must concentrate on attacking this institution. Freedom for women cannot be won without the abolition of marriage.” Sheila Cronan

“The nuclear family must be destroyed… Whatever its ultimate meaning, the break-up of families now is an objectively revolutionary process.” Linda Gordon

Nice of them to spill the beans. It sure ain’t pretty. So Marquand has simply soaked up all this poison and hate and now regurgitates it as she rages against stay-at-home mums. What a pity people can become so frenzied in their animus against motherhood.

This story is so shocking that it even resulted in US commentator Al Mohler spending some time yesterday discussing the story: www.albertmohler.com/2017/03/27/briefing-03-27-17/

Other overseas writers have spoken out about this, including Suzanne Venker. I have previously reviewed one of her important books: billmuehlenberg.com/2004/08/30/a-review-of-seven-myths-of-working-mothers-by-suzanne-venker/

She says this about Marquand and her toxic ideas:

In her new book, “Free Women, Free Men,” Paglia explains that feminists have zero regard for procreation. “Feminist ideology has never dealt honestly with the role of the mother in human life,” she writes.
Indeed it hasn’t. The truth is, women change when they have children. They care less about what they do for a living and more about how their children are faring. They also realize they’re needed at home in a visceral and primal way.
Fathers care just as much about their children, of course, and they too are needed at home. But men and women are different. Men have a visceral need to provide for and protect their families, whereas women are more invested in the home. Naturally, this is a major roadblock for so-called gender equality. Feminists need women to care less about the home and their kids than they do.
And women aren’t listening.
According to Pew Research Center, approximately 30 percent of married mothers with children at home are not employed. Of the remaining 70 percent who are employed, at least half of those mothers work part-time or far less than their husbands do. Even mothers who do work full-time do not put in the kind of overtime men typically do.
Asked what they value most in a job, working mothers say they’re more concerned with having a flexible schedule than they are with more pay or prestige.
Even the ‘breadwinner moms’ we heard so much about in 2013 don’t represent what feminists wish they did. Single mothers represent 63 percent of this group, which makes the share of married breadwinner moms considerably smaller than people were led to believe. It has jumped considerably—from 4 percent in 1960 to 15 percent in 2011—but it hardly represents the norm.
That’s why feminists are so frustrated. They can’t get women to do what they want.
The stubborn fact is that a woman’s desire to work for pay, once she has children, is not synonymous with a man’s. Even today, parents “split up paid and domestic work along gendered lines because that’s what most of them want to do,” writes Ashley McGuire of Institute for Family Studies.
If feminists like Le Marquand don’t like this fact, that’s too bad—but they’ll have to take it up with Mother Nature. A quick note of warning, though.
She always wins.

Yes quite so. It is good to see that these concerned commentators are speaking out about this shocking piece. And they have good reason to be concerned. As Mohler says at the end of his commentary:

When an argument is made in public that it should be illegal for women to choose to be stay-at-home moms, we have transcended a cultural boundary that should have our attention and in a hurry. The greater likelihood is not that there will be a law making such a choice illegal, the fact is that other forms of coercion are probably even more powerful, including what we now see as the looming moral argument that women who stay at home with their children are a drain on the economy, because they are absent from the paid workforce. Expect that now to become rather standard cultural fare.

16 Replies to “The Feminist War Against Motherhood”