So now the activists are blatantly setting their sights on our preschool and kindergarten kids. Two recent developments in the culture wars should send shivers up the spine of every single parent reading this. And if you live in the People’s Republik of Victoria, you should seriously be thinking about homeschooling or some other option. 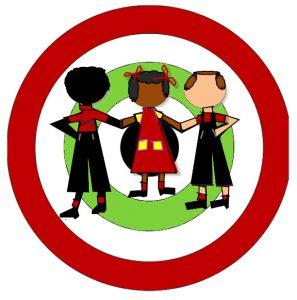 As you should know – given how often I have been writing on this – the Andrews’ Labor government is clearly the most out and proud cultural Marxist state in Australia. Every appalling agenda item of the hyper-left is being implemented here, especially the dastardly sexual anarchy agenda.

Andrews has been insistent on cramming down the throats of our poor children every bit of radical sexual activism he can, including the wretched “safe schools” program. Well, it is now getting much worse, with our toddlers being specifically targeted.

Consider two shocking examples of this. I was alerted to the first by a very concerned Victorian parent. It seems the preschool his two-year-old son goes to is now a full-on battleground for the social justice warriors. This is the opening of an actual letter he received from his son’s preschool:

Dear Families,
As part of our Educational Program, the children have been learning through Project Work and this year we have decided to explore social justice issues with our children.
As such we are looking to undertake the Victorian Government initiative for Respectful Relationships in Early Childhood. This program will provide our Educators with training and support materials so that we can implement a whole of setting approach to strengthen positive, equal and respectful relationships between and among girls and boys.
After much discussion and feedback, we are also excited to announce that the children will be participating in a Project to challenge gender stereotypes. A stereotype is a widely held and oversimplified view about a person or a group of people and it often has little relation to the truth and it can lead to harmful attitudes. In terms of gender stereotypes, there are rigid roles and stereotyped constructions of masculinity and femininity where the idea that women and men and girls and boys should act in a certain way or fulfil certain roles. We learn this from lots of different places and the media is very influential in shaping gender stereotypes.

Good grief! Now they have to actually indoctrinate two-year-olds about gender stereotyping? Two-year-olds don’t even know which socks to choose from, yet they are here being brainwashed into radical gender theory and the radical androgyny agenda?

And this video was included in this. It is all part of the androgyny revolution: men and women are fully interchangeable; men and women can do any job they want; it is wrong to insist on any sort of gender roles, and so on: https://www.youtube.com/watch?v=qv8VZVP5csA

But sadly this is not a one off case. Just today a piece in the Australian alerted us to just how widespread these preschool indoctrination programs are here in Victoria. It begins:

Four-year-olds who exhibit sexist behaviour at preschool are the latest targets of the Victorian government’s crusade against family violence, with early childhood educators to be taught how to eradicate gendered norms and stereotypes from the classrooms.
The Victorian Education and Training Department will train 4000 early childhood educators during the next year to implement respectful relationships programs in preschools. It is seeking a supplier to develop and deliver a course that will increase educators’ knowledge of the role of “gender equality in preventing family violence”.
According to a tender document released last week, research has shown that children become aware of “gender expectations” and try to “fit within these gendered norms” by the time they are in preschool. “As young children learn about gender, they may also begin to enact sexist values, beliefs and attitudes that may contribute to disrespect and gender inequality,” the document says.

The push into preschools is the latest element of the Andrews Labor government’s $21.8 million Respectful Relationships package for schools, inspired by the Royal Commission into Family Violence. Unveiled late last year, the package attracted widespread criticism for pushing the concept of “male privilege” and “hegemonic masculinity” into classrooms, and for failing to consider the multiple, complex drivers of family violence, which also has an impact on men and boys.
Australian Catholic University senior research fellow Kevin Donnelly has been critical of the Victorian government’s interpretation of Respectful Relationships, which he believes is laden in gender and sexuality theory similar to the Safe Schools program. Dr Donnelly pointed out that the Victorian Early Years Learning and Development Framework, which guides early childhood professionals in the state, already stressed the importance of encouraging respectful relationships in the preschool setting as well as avoiding practices that directly or indirectly contribute to gender inequality, prejudice and discrimination. “Why are we indoctrinating kids to believe that being a boy, or being a girl, is abnormal? It’s actually quite dangerous,” he said. “This is simply extending that gender and sexuality theory to preschool and kindergarten.”
The new program will cost taxpayers $3.4m. Existing materials aimed at the foundation level cautions teachers against phrases such as “boys will be boys” and reinforcing stereotypical labelling “boys are strong, girls are gentle”.
Minister for Families and Children Jenny Mikakos defended the early childhood program, saying it would be appropriately designed. “The early years are an important time to start helping children develop a secure sense of self and healthy, respectful relationships — this will help prevent family violence in the long-term,” Ms Mikakos said.
Liberal families spokesman Georgie Crozier said the government should “let kids be kids”.

Yes let kids be kids. Enough of this despicable gender bender indoctrination. All this is pure madness, and it becomes diabolical madness when our toddlers are being deliberately targeted by the militants. And these militants can’t even define gender anyway. How can they if it lacks any scientific or biological basis, and is simply a matter of personal whim? As Douglas Farrow writes:

Gender remains undefined. We also meet something still more puzzling, something hinted at by the “whatever.” What exactly are we identifying ourselves in relation to, if our identity might or might not have anything to do with being male or female, or even with some putative spectrum between male and female? I’ve been musing on that, and enquiring of others. I’ve yet to receive a coherent response…
There is a further mystery, then, a political mystery, that we should by no means overlook. Why on earth are we re-writing our laws and policies to take account of something we cannot specify? Why are we trampling all over well-established rights in our haste to create new and conflicting “rights” to something we don’t understand? Why, for that matter, are we trying to reconstruct societal norms based on how people do or don’t relate to norms? Why, when we don’t know any more just what gender means, are we tying ourselves in collective knots about it, like a character in some comedy sketch who, desperate for the loo – but which loo? – contorts his body to keep from peeing his pants? Why indeed are we mutilating bodies, bent on making appearances contradict chromosomes, when we’re not even sure that bodies have anything to do with what we’re after?

Yes exactly. And why exactly are we now targeting two-year-olds. The poisonous agenda of the radical left gets worse by the day. Hands off our children!

16 Replies to “Now They Are Targeting Our Two-Year-Olds”