OK, it has been at least a day since I last wrote about the mind-numbing insanity coming from the uber-left Dan Andrews’ Labor government in Victoria. If you blink you will miss yet another outrage. Just days ago I wrote about the diabolical targeting of toddlers by Andrews and the sexual militants: billmuehlenberg.com/2017/03/28/now-targeting-two-year-olds/

Well, incredibly, there is even more madness to this story. But it is not surprising, however, since the radical social engineers will never rest until everyone is subjugated to their nefarious agenda. Now the PC jihadists in Victoria want to go after traditional fairytales because they perpetuate ghastly sexual stereotypes!

Yes you heard that correctly. The latest victim of the PC police are the great fairytales we all grew up with and enjoyed. Consider how one news report covers this story:

Much loved fairytales and toys are at risk of being chopped from Victoria’s public schools after they were accused of promoting gender stereotypes. The Respectful Relationship program wants the likes of Cinderella, Snow White and Rapunzel analysed and compared to modern stories that challenge gender norms.
The program argues that traditional tales can create unrealistic standards as well as a “sense of entitlement in boys and lower self-esteem in girls”. Children are set to play a decisive role in what gets the chop too, acting as “fairytale detectives” to compare the roles of male and female characters in their favourite stories. 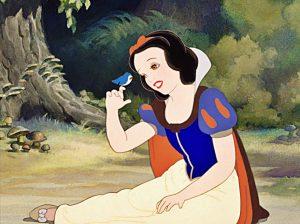 Another report looks at the wider agenda items being pushed here:

Early childhood teachers will be encouraged to intervene in “gendered play”, identify toys and books that reinforce gender stereotypes and avoid gender-specific language under a Victorian government plan to tackle family violence through preschools.
Teachers will also be asked to reflect on their own “conscious and unconscious biases”, “unpack their understanding of gender and gender identity” and avoid using terms such as “good morning princess” or “boys don’t cry”.
Fresh details of the respectful relationships training the government plans to provide to 4000 preschool teachers have emerged, with the public release of a professional learning kit that was used in a trial late last year.
As The Australian reported last month, the Victorian Department of Education is seeking a provider to further develop and deliver training to boost the capacity of early childhood educators to implement respectful relationships into their programs.
The $3.4 million initiative is part of the Andrews Labor government’s $21.8m Respectful Relationships education package for schools, inspired by the Royal Commission into Family Violence and set to be rolled out to schools over the next two years.
Challenging gender stereotypes appears to be the centrepiece of the preschool program. “Do you critically reflect on or intentionally observe gendered play?” trainers were instructed to ask participants. “Can you or have you worked with children to develop different storylines in their play? Have you intervened to change gendered play?”
According to the training kit, evidence suggested that strict adherence to gender stereotypes contributed to gender-based and family violence, of which most victims were women. “As rigid attitudes toward gender are shifted through respectful relationships education, evidence suggests that family violence will reduce,” it said.

The gender totalitarians are obviously alive and well in Victoria. There sure must be a lot of evil, sexist toddlers out there that we need to spend so much of taxpayers’ dollars on all this. Thankfully many are finding this to be utterly insane.

One Melbourne teacher said this: “I would rather be teaching them how to read, write and count. We really don’t need to crowd out the curriculum with this social engineering.” And education expert Dr Kevin Donnelly said, “My concern as an educator is, there is no real balance in the program. It is pushing a cultural left argument.”

Another Melbourne mother said the fairytales she reads to her children are not sexist: “My girls have always been interested in dolls and having tea parties. They climb trees, too, but they love their dolls. The boys have always just been more interested in trains.”

Others have rightly been quite alarmed by this as well:

Centre for Independent Studies senior research fellow Jennifer Buckingham described the program as “objectionable”. “Firstly, no evidence is provided to show that gender norms are the key contributor to domestic violence and that this can be fixed by encouraging kids to play with gender-neutral toys,” she said. “Secondly, it is pretty patronising to preschool teachers to think they have to be trained out of having unconscious gender biases.’’
Dr Buckingham said research had shown that behavioural issues in preschoolers, such as aggression, were often the result of poor oral language skills. Opposition spokeswoman for early childhood Georgie Crozier said there was “something truly Orwellian in auditing children’s toys and games in kindergartens”.

Columnist Rita Panahi also got stuck into the moonbeams pushing this lunacy:

The ideologues in the state government prefer to replace traditional fairytales with a new PC form of fiction; radical gender theory. The Safe Schools and the Resilience, Rights and Respectful Relationships programs have wonderfully benevolent names and supposedly noble intentions but are nothing more than indoctrination by stealth.
At best they are simplistic gibberish that distract schools from fulfilling their primary objective — the traditional three Rs of writing, reading and arithmetic — and at worst they are destructive programs that seek to brainwash young minds with contentious theories.
There is nothing empowering about painting every boy as a potential predator suffering from toxic masculinity and every girl as a perpetual victim, nor is there any value in pretending that violence against women can be eliminated by merely tackling gender inequality, whether real or imagined. Victorian Labor’s social engineering obsession will impact upon every child.

It’s time we allowed teachers to concentrate on academic endeavour and left parenting to parents. You have to wonder about a government running a state in the midst of a crime wave with a looming energy crisis and falling academic standards being preoccupied with what toys children choose to play with or whether Hansel and Gretel are cisgendered, heteronormative tools of the patriarchy.

Yeah, I sure wonder about this sad joke of a government. And I also wonder about all the clueless wonders who not only once but twice voted these cretins in. Even more of a worry is the fact that we still have to wait until November 2018 for the next state election.

Will Victoria even exist after another 18 months of Dangerous Dan’s nutjob Marxist agenda?

11 Replies to “The Cultural Marxists’ War on Our Toddlers”