I have often discussed the various smaller pro-family and pro-faith political parties in Australia, and asked about the feasibility of some of them joining forces to pack more political punch and stand a better chance in the elections. And discussions between some of these parties have indeed taken place over the years, and I have been involved in some of them.

At best, this has sometimes led to various preferencing deals, but not much more. Now however one set of secret talks has finally borne some fruit. Cory Bernardi’s new Australian Conservatives party has just announced that it has merged with the older Family First party.

One news report put it this way: 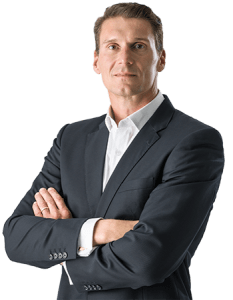 Family First will cease to exist from Wednesday after secret talks with Cory Bernardi led the party to merge with his Australian Conservatives. The surprise move, which seeks to unite economic and social conservatives into a strong political bloc, will unsettle the parliamentary landscape, with Family First senator-elect Lucy Gichuhi almost certain to declare herself an independent….
The amalgamation comes after Senator Bernardi, a former South Australian Liberal, flagged his intention last month to contest state and federal elections. Aside from Ms Gichuhi, Family First has two other elected members, former economist Dennis Hood and ex-Liberal minister Robert Brokenshire, both elected to South Australia’s upper house in 2006 and 2008.
The move will have serious ramifications for the next South Australian election, due in March, where Nick Xenophon’s new SA Best party will vie with Senator Bernardi’s team to challenge the major parties. Labor has been in power in the state for 15 years.
Weeks of talks to formalise the union between Australian Conservatives and Family First ended on Saturday, with a joint announcement of the decision expected today. This came after Family First’s state and federal executives voted unanimously to dissolve the party and amalgamate with Australian Conservatives.

FF was formed in 2001 by Adelaide pastor Andrew Evans, and it has had limited success over the years with a few seats being won. Evans said he was pleased with this outcome. Senator-elect Lucy Gichuhi, who took the place of Bob Day in South Australia, has said she will not follow her colleagues into the merger, but will continue as an independent.

One political commentator said this about the merger:

The union of Cory Bernardi’s Australian Conservatives and the Family First Party will shake up right of centre politics in this country. It immediately gives Bernardi a membership list, party infrastructure and state by state divisions to help build his new brand. The two party system is entrenched in Australia, and the rules of the game make it difficult for new entrants to survive, much less thrive. Bernardi needs all the help he can get.
It’s crucial that the name remain broad, meaning that Australian Conservatives should be the nomenclature of choice. But this is no takeover. While Bernardi will be the representative face of the union, the membership and party officials will largely be Family First personnel.

So what about the other like-minded conservative parties? I have said all along that various differences may be difficult to overcome, if not insurmountable. For example, what happens when you have several very strong leaders with forceful personalities? Usually one leader works best in these situations, not two or three co-equals.

So if one guy is the big cheese, will the others be willing to play second fiddle? One could think of Danny Nalliah of Rise Up Australia (RUA) or Fred Nile of the Christian Democratic Party (CDP). Would either one be willing to relinquish their leadership role and take a secondary position if a merger eventuated?

And while all these parties are primarily made up of Christians of various stripes, some like the RUP, CDP, and Australian Christians (AC) are quite adamant about being upfront about their Christian foundation and representation. Others, like FF and the Australian Conservatives play this down, basically passing themselves off as a somewhat secular party.

The older Democratic Labor Party (DLP), while mainly made up of Catholics, also would fit in the latter camp, as would Pauline Hanson’s One Nation party (ON). But one exception to this seems to be possible. The Victorian AC has also been in talks about possible merges, and just moments ago released a statement in their April newsletter saying in part:

A lot can change in a short space of time. You will be aware from our February newsletter that the AC Victoria Executive were having discussions with the leadership of other Christian minor parties. More specifically, we have been working steadily for several months with Family First (Victoria) with a view to merging our two parties. The obvious blessings that flow from Christians working together in unity include a larger membership base, a greater pool of candidates, and better coverage of polling booths at elections, not to mention God’s blessings upon other facets of our operations. Our common goal is to increase the likelihood of having Christian candidates elected to Parliament at next year’s State election.
Last Saturday our State Executive held another meeting with the Family First leadership and were notified that at Federal level, Family First have agreed to merge with Cory Bernardi’s Party, Australian Conservatives, and with the preference that each of their State branches follow suit, which the Victorian branch of Family First have agreed to do. However, this latest announcement won’t hinder the ongoing discussions between AC and FF about our merge, particularly as the Family First leadership desires greatly that AC would also join Australian Conservatives, as they have become convinced during our ongoing discussions, of the strengths that AC could bring to a Victorian Branch of Australian Conservatives. Such a move would unify the Christian political voice in our State even further.
Cory Bernardi has been approached and has said that he is willing to explore all possibilities. We are now waiting for him to organize a date in his busy schedule to meet with the Victorian leadership of AC and FF and this could likely occur within the next week or two. We will notify and poll our members if a positive result is achieved, as our Constitution requires agreement from our members before such a move can be finalized.

So we must stay tuned as to this possibility. And then there are differing policies which can prevent union. While most would agree on many of the cultural and moral issues (pro-life, pro-traditional marriage, etc), they may have bigger differences on things like economic policy. For example, recall that the DLP broke away from the Labor Party, but would still share much of its thinking on economic matters.

And what about a group like ON? Not only is it unlikely that Hanson would consider merging with other parties and/or relinquishing her leadership, but other conservatives would be of two minds in terms of whether they would want her and her party to join with them. So many issues remain which may preclude further unions.

However, just minutes ago Bernardi spoke about ON:

When asked whether he would consider merging with One Nation, Mr Bernardi said it wasn’t an immediate goal. “I will work cooperatively and positively with anyone,” he said. “There are times when I have worked positively with the One Nation senators. I have tremendous respect for their approach in a number of areas. I think Pauline Hanson is one of Australia’s most resilient politicians”.
According to Mr Bernardi, who left the Liberal Party earlier this year, his new party’s values aligned closely with Family First. “We believe in stronger families, limited government, lower taxes, fostering free enterprise and rebuilding civil society,” he said. “Our party is not named after an individual, it is named after a body of individuals, Australian Conservatives, who demand a better way. I’m building a conservative house, designed to last”.

But Bernardi now has FF on board, and by the sound of it, perhaps AC – or parts of it – may soon be as well. Whether groups like the CDP, RUA, and DLP would make a move in this direction remains to be seen. But overall I think the merger was a good idea, and perhaps a few more such mergers could make the Australian Conservatives a real force to be reckoned with.

I hope so, for Australia’s sake.

16 Replies to “On the Bernardi/Family First Merger”