It was a key principle of Plato’s Socrates that one should follow the evidence wherever it leads. He also said that the ‘unexamined life is not worth living’. Thus those who claim to be seekers after truth need to carefully investigate the evidence, and be willing to change course if that is suggested by the evidence.

People on a religious quest, including agnostics and even atheists, need to do the same. Unless their minds are already made up, they need to be open to new evidence, to new data, which may result in them changing direction in terms of previously held beliefs. 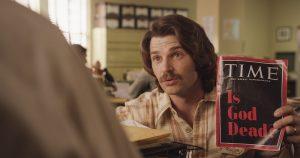 Admittedly this can be a risky path to be on. For example, more than one atheist has dared to look into the evidence for Christianity – often with a view of proving how false the whole thing is – only to end up being roundly convinced by all the evidence, and becoming Christians – or at least theists – as a result.

Many such cases can be mentioned here. Frank Morrison for example was a lawyer and an engineer who wanted to disprove the resurrection of Jesus Christ. So he set about on a serious course of study, only to find that the resurrection was a historically verifiable fact. Thus he wrote his famous book Who Moved the Stone? in 1930.

One of atheism’s heaviest hitters, Antony Flew also examined the evidence, and as a result, in 2004 he renounced his atheism and became a theist. I tell his story here: billmuehlenberg.com/2007/11/21/a-review-of-there-is-a-god-by-antony-flew/

Another noted atheist who set out to prove that Christianity was a bunch of hogwash is Lee Strobel. Most Christians would know of his story. He was an atheist and a rising star as an investigative journalist, writing for the Chicago Tribune. One of his news stories he turned into a book when he was just 28.

Much to his chagrin however, his wife became a Christian in 1979, and two years later after much prayer and love from his wife, and much research on his own, Lee too became a Christian. He wanted his newspaper to print his story of a real life sceptic who became a believer, but his editor refused.

His wife suggested that he write a book instead, and the rest, as they say, is history. In 1998 his book The Case for Christ came out and it has sold millions of copies since then. Strobel has gone on to write many more books, including: The Case for Faith (2000); The Case for a Creator (2004); and The Case for the Real Jesus (2007). I have already reviewed some of these volumes:

His first book has now been made into a full length feature film, which I have just returned from seeing. So let me speak a bit more to both the film and the book. After his wife’s conversion, Strobel was greatly troubled, wishing she would let go of this foolishness and go back to the woman he used to know.

But she clung to her newfound faith, despite the insults and nasty reactions of her husband. But he was really bugged by all this, and his journalist side was intrigued. Indeed, some of his Christian colleagues challenged him to do the same thing with Christianity as he would with any other news story: investigate things carefully and look at all the evidence.

So a lengthy process of exploring the evidence in detail and following it wherever it would lead resulted in Strobel not just reading heaps of Christian writers, but actually meeting and interviewing many key Christian thinkers, apologists and writers.

In the film some of the ones presented in the book are featured (played by actors of course). They include: Dr. Gary Habermas, Dr. Alexander Metherell, and Dr. William Lane Craig. As he spoke to these authorities he slowly found his many objections and criticisms melting away in the face of all the solid evidence.

A few personal dramas, including the death of his father, also helped to prepare Strobel for finally seeing his need of admitting that God exists, and that he needs to come to terms with him. So the film shows us all the struggles and turmoil he went through, and all the resistance he put up, until he finally realised that the evidence pointed only in one direction.

Thoughts about the film

I of course strongly urge all of you who have not yet done so to get the book. It is a terrific presentation and examination of the evidence for the Christian faith. But I also urge you to go see the film, which is only out on a brief and limited release.

I should mention that my wife was rightly cautious about going to see the film, knowing that many previous Christian films have been poorly done, overly preachy, not very well written or produced, poorly acted, with bad plots and stilted characters, and so on. But she was pleasantly surprised that this was indeed a very well done film.

And I quite enjoyed it too. It certainly was well done, and I think this sort of film a Christian could easily take a non-believing friend to see, and then discuss it afterwards over a cup of coffee – or a can of Dr Pepper. Of interest, Rotten Tomatoes has given the film a 79% review rating thus far, and an 84% positive audience score.

Since Strobel was a Chicago boy, I found it of interest to see some familiar places (I was from Wisconsin just to the north, and I lived in Chicago for some years. Thus I sometimes went to the same church Strobel did – back then the converted movie theatre that Bill Hybels and Willow Creek Community Church used.

On a side note, one of the most interesting and ironic moments of my viewing happened just before the film actually started. As is usually the case, trailers for other films about to appear or are now showing were featured. One of them was for another popular religious film, The Shack.

I thought the contrast could not be greater. If The Case for Christ is all about evidence, facts, apologetics, good theology and the use of the mind, The Shack is all about emotions, feelings, and bad theology. But I have reviewed the book version of the film here:
billmuehlenberg.com/2008/04/11/a-review-of-the-shack-by-william-young-part-one/
billmuehlenberg.com/2008/04/11/a-review-of-the-shack-by-william-young-part-two/

Suffice it to say that if Christians asked me which book to read and which film to see, it would be YES to Strobel and NO to Young. Sadly however I suspect that there may be more Christians going to see The Shack than The Case for Christ. That in good measure helps explain why the Christian church in the West is in such bad shape today.

A few believers who have already seen the film mentioned that it did not end with a call to repentance. My reply to them would be this: every Christian film does not need an altar call at the end to round it off. Even the Apostle Paul did not always do so – see his outreach at Athens for example. And the gospel message was certainly presented throughout the film nonetheless.

So please, if you can, go see the Strobel film. You will be glad you did, and your faith will be greatly strengthened along the way – mentally as well as emotionally.

22 Replies to “The Case for Christ”