If you went only by the mainstream media, you would think that the sex industry is all harmless fun, the women really love it, and things are just peachy. You would get the Pretty Woman fantasy view of things (you know, the Richard Gere and Julia Roberts 1990 film). But the reality is much different.

This is a hellish industry where women are routinely exploited, ripped off and abused. Ex-porn stars and ex-sex workers have told us in great detail how horrific things are. And I have written about this before. See here for example: billmuehlenberg.com/2016/02/05/porn-harms-just-ask-those-in-the-industry/ 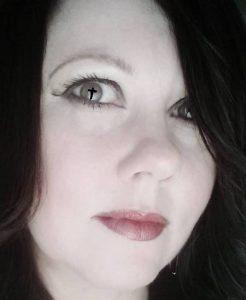 Indeed, the best stories and the most truth comes from those who have been there and done that. The sugar-coated Hollywood version of events will never do justice to the dark reality of this frightful world of sleaze, dehumanisation and degradation.

Here I want to look at the story of one brave woman who was caught up in the sex industry. Her story may not be unlike that of many other women involved in this mess. But the good news is she found a way out. It may have taken a while, but she was eventually set free, and she now has a beautiful testimony to share with others.

Her name is Yvonne and her story begins as follows:

I was born a princess, an only child, to two attentive parents. They were good people but not godly people. They were moral people who were good for goodness sake. No abuse. No neglect. No abandonment. But, no Solid Rock either. Growing up in this present and fallen world, I questioned everything. Why be good? For who, be good? Why be moral (morality is for us to choose and create)? Is it all indifferent and relative? I was a typical American. Not a bad girl. Not a good girl. Just a questioning girl. But, no gospel and no answers came into my life.

In adolescence (teen years), I was very promiscuous as I was challenging relationship norms. With no anchor or meaning, culture had its influence on me. By the age of 15, I thought modern marriages were a joke since faithfulness didn’t exist anymore as per my observations of human behavior. I actually figured that evolution had taken place, evolving the hearts out of men rendering them incapable of love.

My teen years were drama filled with a lengthy relationship with an older boy who progressed from dabbling in light drugs like pot and alcohol to full blown heroin, meth, shooting up, smoking crack, and extremely violent toward me when up and down. But I was hooked; hooked on him, hooked on rescuing him. Since, I had no purpose, he became my purpose. Our hearts were created to latch onto a purpose.

He wasted all of the money, took my money from a part time job, and we found ourselves homeless again and again, for I had run away from home to be with him. Sometimes he’d prostitute himself to get us a roof over our heads at night. Princess was not made for this! My heart shattered. And darkness flowed in the shattered cracks, just to be able to cope, to numb, to exist.

In an angry and violent fight between the two of us, I ran away from him to a girlfriend’s house (another hooligan, my social group). She dared me to get revenge on him by joining her at the strip club. And it began. Everything I’d always believed about modern day man, the heartlessness, was so true. But, I justified it by convincing myself that I was the liberated one, using their heartless wallets for the cash I needed. I really felt in control. And besides it wasn’t sexy to admit to the abuse, the brokenness, the shattering, being spun from trauma, after trauma, after trauma. Not sexy at all, so it must never be talked about.

Witchcraft was also introduced to me in the back rooms of the club. It gave me a sense of empowerment. The girls and I would pray incantations over the bar and send out demons to loot the pockets of men. It worked. This was my only understanding and faith that the spirit realm is real. The increases of money was tangible proof that gave me a personal benefit.

She goes on to discuss an abortion she had, and the darkness that followed. She speaks of being in numbing despair, and simply carrying on like a “walking zombie”. Yet she knew the abortion was wrong – very wrong – and to “rectify” the situation, she went back to her old boyfriend and got pregnant again. This time she kept the baby.

She then speaks about how God broke through into her very messed up life:

And then the preacher came. Finally, the preacher came! A friend invited me to church and when I heard the preacher describing my Higher Power: love, a friend like no other, forgiving, someone who has the best intentions for me, encouraging, a help when I need him, there for me, bigger and more powerful than me, miraculous, etc. He described Jesus and I said. “Thank you for telling me your name!” There is no other Name like Jesus. A couple of years later, nestled in bed for a cool afternoon nap with my sweet, healthy, little girl, a whisper lifted my chin from my slumber and I was swept away in a glittering sensation of light. It was like a dream. It was like a vision. It was something unexpected, undesired, but amazing.

A man led me to the clouds and seated me in a waiting room among others who had business to take care of with God. He pulled me aside to a private room and left me there. Jesus returned to the room with a bundle in his arms. He reached out and placed the baby in my arms. Without a word spoken I knew that this was my baby and I was given all the time in the world, all the time for eternity (if need be) to gaze into the child’s eyes. Now my eyes, which were once filled with the void of darkness, saw light. The face of Jesus is beautiful. The face of my baby I will never forget. I named him Jeremiah and he’s perfect from head to toe. When I was done, I handed him back to arms of the Lord.

There is no amount of counselling, post-traumatic stress treatment, or medication for anxiety and depression, that could cause a healing of my heart, mind, and soul like that one miraculous vision. Our babies are in the Lord’s hands, trust me on this. And there is forgiveness for everything. Jesus has not and will never be afraid of my sin. The Holiness of the Lord had to turn his face away from me for a moment, after covering me for all my life unknowingly. But, Jesus. Jesus is life and Jesus is everything. I praise God for full restoration.

Now, in my home (the atheist home) that I grew up in, a whole lot of talk about this, God, scripture, Jesus, and the gospel has taken place. I challenged my parents to start thinking about spiritual things. And as concerned parents, they applied themselves to investigate. A slow and small curiosity reignited in my mom, who is saved and loves the Lord. She has even gone on to obtain a Master’s degree through a Bible believing Christian University. Yay Mom! My Dad, argued with me in heated debates, passionate opinions, and love. His moment of salvation was more dramatic. We are all at different places spiritually now, in present day. God has started a good work in all of us and he will be faithful to finish it. A great intervention has happened in my family. A chain of atheism has been broken.
THANK YOU JESUS!!!

In Part Two of this article I want to take Yvonne’s story a bit further, focusing on a time of deception when she thought she could remain in the sex industry and somehow be a good Christian: billmuehlenberg.com/2017/06/28/sex-industry-tough-love-amazing-grace-part-two/

4 Replies to “The Sex Industry, Tough Love and Amazing Grace, Part One”