The push for legalised euthanasia, or assisted suicide, is taking an existing problem and making it much worse. All over the West suicide rates are high, yet the ‘compassion as killing’ crowd simply is making the situation even more pronounced. Three recent examples of this should leave no doubts in our minds as to how bad the push for assisted suicide and state-backed killing really is.

Let me first look at some frightening statistics on suicide in Australia. One report from late last year put it this way: “Australia’s Suicide Crisis Has Peaked to a Terrifying New Height”. It begins, “Australia’s suicide rate is the highest it has been for at least ten years. In 2015, 3,027 people ended their own lives in Australia. That’s 12.6 people in every 100,000. That’s more than eight people every single day. One person every three hours.”

But those calling for the full legalisation of euthanasia are only going to be adding to these terrible statistics. Consider what has just transpired in Queensland where three women took their own lives. None were terminally ill, but they were all members of a leading euthanasia group. As one report begins on this tragic story:

Euthanasia activist Philip Nitschke says a Gold Coast mother and her two daughters had been members of his euthanasia group and started planning their deaths more than six months ago. Margaret, Heather and Wynette Cummins’ bodies were found in one of their homes following an apparent triple suicide pact on Tuesday.
Dr Nitschke told AAP on Wednesday he did not personally know the women but confirmed they had joined his Exit International group. “It was a bit over six months ago,” he said from Amsterdam. “They were not terminally ill people but on the other hand, they were not in the best of health either. They were obviously working out what they wanted to do.”
Dr Nitschke said three members had never ended their lives at the same time before, and it was also unusual all of them chose to use the same method. But the man known as Dr Death said it appeared to be a “rational and informed choice” and their decision to end their lives because of their health problems was a matter only for them. “It needs to be respected, it doesn’t mean you need to be enthusiastic about it,” he said. The euthanasia advocate said Australia’s laws were stuck in the dark ages.

Did you get that? While Australia’s suicide rates are skyrocketing, all that Dr Death can say about this sad triple suicide case is “It needs to be respected”. We should respect suicide? We should just see it as acceptable, as normal? We should not lose any sleep over it?

That is the callous pro-death view of Nitschke and other pro-euthanasia militants. They seem to love death and hate life. And get this: euthanasia is not even legal here in Australia, yet we are already seeing out-of-control suicide, and presumably in this case, assisted suicide.

Let me look at another horrific case, this time in a country where euthanasia is already legal. The slippery slope in Canada is certainly alive and well, as so many had warned it would be. Check out this very recent story from there:

An Ontario judge has ruled a woman with a non-terminal illness meets the legal criteria for death by lethal injection after a doctor backed out of killing her because he feared being charged with murder. The question put to Superior Court Justice Paul Perell was whether a 77-year-old woman suffering from severe inflammatory osteoarthritis met the test that natural death is “reasonably foreseeable,” reported the Toronto Star.
Perell ruled June 19 that the woman, identified as AB because of a publication ban, did meet the test because the medical evidence showed “she doesn’t have long to live, given her age and health,” the Toronto Globe & Mail reported.
But Alex Schadenberg of the Euthanasia Prevention Coalition responded to the ruling by blasting the Liberals for the vague wording of Bill C-14, the June 2016 legislation setting out the parameters in which euthanasia and assisted suicide is permitted in Canada.
Schadenberg blogged June 22 that he was “convinced” when he read Bill C-14 that the Liberals “intentionally used imprecise language to enable the expansion of euthanasia without facing political pressure from passing a wide-open euthanasia law.”
And that is particularly the case with the “reasonably foreseeable” death criterion, even though the Liberals “claimed to be restricting euthanasia to terminally ill people,” wrote Schadenberg. Bill C-14 allows voluntary euthanasia and assisted suicide for competent persons 18 years and over who are deemed to be suffering from a “grievous and irremediable” medical condition. 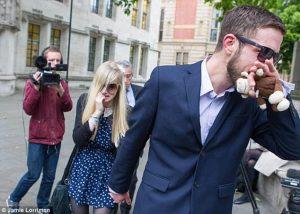 Vague wording in pro-euthanasia legislation is rather common, with things defined loosely enough so that before long most folks can qualify for a lethal injection. As Schadenberg put it, “In other words, people who are not terminally ill are terminally ill.”

Finally consider this shocker of a story from Europe. Charlie Gard is a ten-month baby with brain damage who suffers from a rare genetic condition. And he has some loving parents who want to help him with some expensive therapy in the US. Jonathon Van Maren continues the story:

But that was before Charlie was sentenced to death by British doctors—and that sentence was upheld by the courts, culminating in the final rejection of the final desperate appeal of Chris Gard and Connie Yates by the European Court of Human Rights.
And why, might you ask, would a human rights court of all places refuse to allow a loving mother and father do everything in their power to save the life of their little son? Simple. It’s because doctors at the Great Ormond Street Hospital for Children, where Charlie was being cared for, announced that they had decided to turn his life support machine off. When presented with the fact that Charlie’s parents had raised the equivalent of millions of dollars to try and save him, the doctors remained unmoved. It was time, they insisted, to let little Charlie “die with dignity.”
As I’ve written before, “death with dignity” is an insidious slogan that is being used to cull and kill those society has decided are done living, or no longer have lives worth living in the first place. Death with dignity, in the minds of these medical professionals, means those they have decided are no longer worth fighting for must die faster. There is an ugly ideology underlying the slogan—the not-so-subtle insinuation here is that if Charlie is kept on life support long enough to go to America and undergo therapy trial and passed away there, that this somehow wouldn’t be dying with dignity. For Charlie to die with dignity, these doctors said, he must die now.
I cannot imagine how Chris Gard and Connie are feeling right now, after being informed by the European Court of Human Rights that the decision is final, and there is no place left for them to plead for the right to fight for their little son’s life. I cannot imagine how betrayed they feel by the doctors who decided that their prognosis meant that Charlie wasn’t worth the attempts of his parents to see if anything could yet be done for him, even if it was a long shot. I hope that they can at least spend a little bit more time with the little boy they love so much before the end, and hope God will comfort them in their grief. Their society has betrayed them all.

Wow, can you imagine being Charlie’s mother and father? I have included their picture here. At the very least, you can keep them in your prayers. What we are seeing here is the forced killing of those the state has decided are not worthy of life.

Hmm, if that has a familiar ring to it, there is a good reason for it. A 1920 book written by two German doctors helped pave the way for the Nazi killing machine in general, and its euthanasia program in particular. The book was this: Die Freigabe der Vernichtung Lebensunwerten Lebens (The Authorization of the Destruction of Life Unworthy of Life).

Sadly most Germans back then did not protest all this, or did not see where it was all heading – until it was too late. We are now seeing history repeating itself. Will we also stand by and say nothing and do nothing? Or will we stand up for the vulnerable and defenceless, whether they are new-born babies or the elderly?

In my book The Challenge of Euthanasia which appeared last year, I warned about how the slippery slope is inevitable whenever we head down the path of legalised euthanasia. And some of these shocking cases are occurring where it has not yet become law.

Welcome to the brave new world of state-sponsored killing and state-approved suicide. We will simply see the death cult of Germany in the 30s and 40s being replicated all over the West, unless we stand up and speak out. The choice is ours.