It was inevitable: the left warring against itself. When you have a whacko ideology filled with so much PC craziness and so many things that you can get offended by, sooner or later there was going to emerge some jarring inconsistencies and internecine warfare.

There are just too many fundamental contradictions at play within the left for this not to happen. For example, I and others have long noted the insanity of the left defending to the death both Islam and homosexuality. Um, Islam hates homosexuality, so which is it?

Who ya gonna run with here? The left is trying to placate both groups of course, but that is just a recipe for disaster and cannot last long. And when Muslims get into power the first ones to go will be these useful idiots. They will not for a moment preach love and tolerance to homosexuals and their leftist supporters. 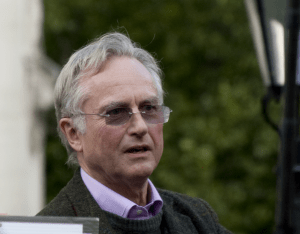 Another area where we see these internal contradictions bursting at the seams is the secular left’s love affair with Islam, while it proudly hates on all things Christian. Usually when it blasts religion, it simply has Christianity in mind. The left seldom blasts Islam like it does Christianity.

And uber-atheist Richard Dawkins has long been a case in point here. He may have railed against religion, but overwhelmingly his focus has always been on Christianity. His The God Delusion for example was not one long, drawn-out rant against religion in general, but against Christianity in particular.

However, reality has a way of crashing in, and even die hard ideologues like Dawkins are forced to change their tune – at least somewhat. As a case in point, by now most of you would have heard of how Dawkins was scheduled to give a talk for a radio station in Berkeley.

It seems that the lefties at the radio station did not like his “tweets and other comments on Islam” and so the whole thing was cancelled. Hmm, so here we have Dawkins, the darling of the secular left all of a sudden being blacklisted by the secular left. Why? Because he dared to criticise Islam.

Ha, gotta laugh at that one. Dawkins was of course taken aback by all this. He complained, “I am known as a frequent critic of Christianity and have never been de-platformed for that. Why do you give Islam a free pass? Why is it fine to criticise Christianity but not Islam?”

Yes, a good question. It seems the radical left is not really anti-religion. It is just anti-Christianity while at the same time quite pro-Islam. And of course the left always used to be the champion of free speech. But over recent times this has hardly been the case – just the opposite in fact.

It now routinely bans speakers, shuts down meetings, and attacks others who dare to have a different point of view on things. So now they are even attacking and censoring their own. What a hoot. Yet the radio station actually defended this act of censorship:

“The KPFA does not endorse hurtful speech. While KPFA emphatically supports serious free speech, we do not support abusive speech. We apologize for not having had broader knowledge of Dawkins’s views much earlier. We also apologize to all those inconvenienced by this cancellation.”

Dawkins replied by saying that the decision was “truly astonishing.” He continued: “I have criticized the appalling misogyny and homophobia of Islam, I have criticized the murdering of apostates for no crime other than their disbelief. Far from attacking Muslims, I understand – as perhaps you do not – that Muslims themselves are the prime victims of the oppressive cruelties of Islamism, especially Muslim women.”

And at the same time all this was happening, another bit of reality seems to have hit Dawkins. As one news report states:

Last week, during London’s Pride parade, members of Britain’s Council of Ex-Muslims (CEMB) were asked by police to lower signs that read “Allah is gay” while completely ignoring signs saying “Jesus is gay”. CNS News reports that in addition, signs that read “God is Gay”, “Jesus had two fathers” and numerous others mocking the church attracted no complaints by police. Yet, police attempted to remove signs saying “Allah is gay” for causing offense.

Christians of course were quick to point out the glaring double standards of all this. Said the CEMB: “The only reasons our signs are seen to be ‘provocative’ are because criticism of Islam is deemed to be impermissible, because there is the constant threat of violence by Islamists against ex-Muslims but also dissenting Muslims and others in order to silence and censor, and because criticism of Islam and Islamism is erroneously conflated with an attack on Muslims,”

But even Dawkins joined in the criticism, labelling this as “hypocritical”. Yeah it sure was hypocritical, and it is nice of him to start waking up to the fact that for the left, there is always an ongoing set of double standards running along nicely.

Now that he has experienced this himself, he might be a bit more discerning in the future as to how bad religion is, and/or how some are clearly better than others. Lumping all faiths together when some are definitely far worse, less humane, more violent, and less democratic is just not all that rational.

Elliot Kaufman has recently written about all this, asking what has become of the new atheists. He begins:

Organized religion’s shallowest critics made the mistake of blasting Islam along with Christianity, and the Left crucified them for it. On Friday, it became official: The New Atheists are no longer welcome on the left. Battered, condemned, and disinvited, these godless and once-favored “public intellectuals” are now homeless, spurned by their erstwhile progressive allies.

Dawkins is in good company. His New Atheist compatriots, Christopher Hitchens and Sam Harris, had already been expelled from the party. In both cases, insufficient deference to Islam was the proximate cause. Hitchens remained a committed socialist, but felt a war on Islamic terror and autocracy was needed. For this, he was denounced as a “neocon.” Harris is a liberal, straight and true, but drew the ire of Reza Aslan for refusing to except Islam from his broad critique of religion. “Islam is not a religion of peace,” Harris often says. In fact, he thinks it’s just the opposite. For that, everyone from Glen Greenwald to Ben Affleck has cast him as an Islamophobe and a bigot. That means that three of the much-acclaimed “Four Horsemen” of New Atheism have been turfed from the left for extending their critique of religion to Islam. The fourth is Daniel Dennett, who also criticizes Islam. The only actual philosopher of the bunch, he is far too boring and ponderous to be noticed, let alone denounced, by anyone. In his place, one can add Bill Maher, a popularizer of New Atheism who has also been barred from Berkeley over criticism of Islam. One by one, these men have been excommunicated from the Left.

Kaufman reminds us that “The New Atheists have long harbored an irrational fear of Christianity, but Christophobia doesn’t worry the Left. Combatting Islamophobia, however, is a progressive priority, and so it is noticed and addressed when it strikes.”

His concluding words are spot on:

None of this New Atheist silliness bothered the Left so long as it flattered the right tribes and battered the wrong ones. It was only once the New Atheists extended their critique of religion to Islam that progressives began to turn on them. Muslims, though largely right-wing before the War on Terror, had become a “marginalized group.” Seen as the victims of Western colonialism, neoconservative aggression, and day-to-day discrimination, they became a part of the coalition of the oppressed, which is to say, they became virtuous. Islam, consequently, became a faith and tradition deserving of respect, not a “mind virus” like Christianity, busy infecting fools. As such, attacks on Muslims or their faith not only appeared to be “punching down” at the innocent, but also became attacks on the left itself. The New Atheists, merely by being consistent and focusing on the most-egregious religious intolerance, in effect surrendered their sophistication and, in the Left’s eyes, joined the ranks of the bigoted, reactionary Right. There is just one problem: We don’t want them either.

Yep, great to see the left imploding like this. These guys certainly deserve it.

11 Replies to “Dawkins, the Left, Religion and Free Speech”