Let me cut to the quick: if you dare to question the radical homosexual agenda, or if you dare to publicly defend what the institution of marriage has always been about, chances are very good that you can lose your job, be fined, or face other heavy-handed penalties for your views.

All over the West today free speech, religious freedom, and the democratic process itself are under direct attack. And overwhelmingly those stomping on our freedoms are the activists from the homosexual lobby and their many and various supporters.

The way things are going, I really need to write a book featuring all those who lost their jobs for daring to stand up for heterosexual marriage. Oh wait – I already did this. The first chapter of my 2014 book Dangerous Relations features not one, not two, but 165 cases of pink persecution.

They come from a 34-month period (January 2011 to October 2013) and feature just some of the cases of people losing their freedoms, being kicked out of a job, fined, or even jailed – all for the “crime” of insisting on the usual understanding of marriage, and refusing to bow down to the homosexual juggernaut. 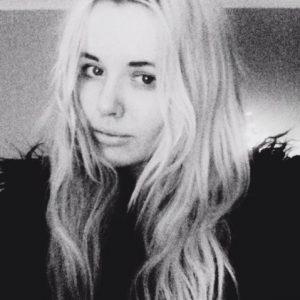 And these were certainly not all of the cases that took place during this period. And of course not every case of this kind gets a wide public hearing, as the ones I reported on did. Thus I think it is safe to say that we now have many hundreds – if not thousands – of occurrences of this happening.

Not a day goes by when some poor soul who thought living in a free democratic society meant he could speak out on things that matter – including the historic understanding of marriage – has found himself on the receiving end of rainbow repression.

And in some places things are now this bad, but homosexual marriage has not even been legalised yet. Just imagine how much worse things will get if and when it is! Australia is one such nation, where the rainbow activists have been on a search and destroy mission, targeting anyone who dares to disagree with their radical agenda.

I have heaps of examples of this already documented on my site. Well, it is a new day, so we of course have plenty of new examples to include in this ever-expanding list of victims of the pink mafia. Let me offer just three more of them.

The first involves a small business owner in Canberra who has just fired one of her staff members. Was she caught stealing company goods? Did she seek to molest a customer? Did she trash the joint in a drunken rage? Nope, she did something far, far worse: she actually said she affirms heterosexual marriage.

Yes that is now such an horrific offence that you can lose your job over it. Try telling this guy nothing changes when we seek to redefine marriage. It has not even been legally changed here yet and we already have people losing their jobs! Wakey wakey folks!

The shop owner, Madlin Sims, wrote this on her FB page (I slightly edited one word):

Today I fired a staff member who made it public knowledge that they feel “it’s okay to vote no”.
Advertising your desire to vote no for SSM is, in my eyes, hate speech.
Voting no is homophobic. Advertising your homophobia is hate speech. As a business owner I can’t have somebody who publicly represents my business posting hate speech online.
1. Its bad for business
2. I don’t like sh*t morals
3. I don’t want homophobes working for me, especially in an environment with children.
It’s not okay to vote no. It’s not okay to be homophobic. This isn’t a matter of opinion or even religion. It’s a matter of the love & livelihood of real human beings. Freedom of speech is there for a reason and so are consequences.

Wow, did you get that? To support traditional marriage is “hate speech”! Affirming male-female marriage is “sh*t” morals! If you say marriage is about one man and one woman you are being “homophobic”! And the real howler is this: “It’s a matter of the love & livelihood of real human beings.”

Um yeah, try telling this real human being who just got fired what this love is all about, and how it impacts one’s livelihood! Usually the leftists are the first to scream about unfair dismissals and authoritarian bosses running roughshod over workers’ rights. Um, just where are all these lefties now? As Martyn Iles pointed out:

This woman has sacked a contractor for using an “it’s ok to vote no” frame on Facebook. She has a problem, though…
1) Discrimination Act 1991 (ACT) s13 — “It is unlawful for a principal to discriminate against a contract worker… (b) by not allowing the contract worker to work or continue to work”
2) Discrimination Act 1991 (ACT) s7(1)(o) — “political conviction” is a protected attribute.
It appears that what she has done is plain illegal.

My second case is not much better. One person actually rented a plane to sky write the words “Vote No”. For daring to do that all hell has broken out. They are now after his head, and he is now likely hiding in fear of his life! One news item puts it this way:

The electoral watchdog has received complaints about the “Vote No” skywriting over Sydney on the weekend not being properly authorised. A grassroots campaigner against same-sex marriage commissioned a pilot to write “Vote No””Vote No” in the sky four times on Sunday, a day after the anti same-sex marriage campaign launched nationally.
The skywriting, which was not organised by the key “no” case group Coalition for Marriage, attracted much discussion on social media, and the website from which it was crowdfunded was inundated with comments. The Australian Electoral Commission has received a number of complaints regarding the skywriting.

But get a load of all the love and tolerance he is now getting:

Social media users quickly began circulating the company’s contact information, abusing them for taking on the job. One message said the business owner is an “a***hole”. Another post said it was “probably the end of your business”.
One text message to the business owner read “you really are a sh** human. You’re definitely the biggest piece of sh** in Australia today. Probably tomorrow too. Hope you’re proud of yourself. Don’t be surprised by the hate coming for you. Titt for tatt, it’s only fair, right? You stupid, ignorant, remorseless, pathetic, old, LOSER”.

My final case involves a church that had the audacity to actually affirm two-thousand years of Christian social teaching on this issue:

A billboard outside a Brisbane church has sparked outrage ahead of the same-sex marriage vote. The Bellbowrie Community Church posted the sign: “God designed marriage between a man & a woman”. It was condemned on social media, and critics took to the church’s Facebook page to object.
“Hopefully there are churches in the area that cater to ALL Christians and not just the ones who fit in the narrow minded view of this “Church of God”. I’m sure Christ would be very disappointed in your view of Christianity,” one post said. Others started taking to the church’s review section and posting one-star reviews.
“A closed-minded group which overtly discriminates against members of our valued community and their (very reasonable) quest for marriage equality,” one woman wrote. Cartoons of same sex couples and sailors waving rainbow flags were posted in the comments under unrelated posts by the church.

So let me get this straight: now churches cannot even state publicly what the Christian view of marriage is without the haters and frenzied mobs coming out in force? I repeat: if things are this bad now, can you imagine how much worse things will get if faux marriage is legalised here?

And yet the other side keeps pushing the same old mantra that nothing changes when we change marriage. There will be no negative repercussions, they keep insisting. They are lying through their teeth and they know it. As just one of a kazillion examples, just yesterday lesbian activist and sister of Tony Abbott Christine Forster said the same thing.

She claimed on Sky News that homosexual marriage would have zero impact on free speech. She claimed that “there is nothing about changing same-sex marriage laws to allow same-sex couples to marry that will have any impact whatsoever on people’s ability to speak freely about their religion and their beliefs.”

Sure Christine, sure. Try telling that to the gal who just lost her job, or the skywriter facing the wrath of the militants, or the Queensland church subjected to so much hate and abuse. Try telling them their ability to express their beliefs – whether religious or not – will not be put at risk.