A common claim made by the pro-homosexual marriage camp is that we need to change the law on marriage because they are being discriminated against in so many areas. They claim their rights are being violated every single day, and until they get homosexual marriage, they will just be living as second-class citizens.

Nothing could be further from the truth. There are no legal disadvantages to homosexuals even though they cannot marry. This is a long-standing smokescreen brought up by the other side. Homosexuals as individuals enjoy all the same rights heterosexuals do. 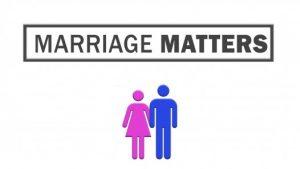 Even the Labor Party has acknowledged this. Back in May of 2015, Tanya Plibersek, the Deputy Opposition Leader said this in an interview with Leigh Sales on the ABC’s 7:30 Report: “Well, we changed 85 laws at the time, Leigh. We removed every piece of legal discrimination against gay men, lesbians and same-sex couples on the statute books. This is a piece…”
http://www.abc.net.au/7.30/content/2015/s4243023.htm

Thus homosexual couples now have full legal protections. The supposed disadvantages that remain are either inconsequential or easily overcome. For example, homosexual activist Mr Croome had a hard time coming up with any real cases of discrimination or the denial of basic human rights for homosexuals.

In a debate book I co-authored with him on homosexual marriage in 2010 he quoted one poor lesbian who complained that she had to Google to discover what her rights were in various states! So we must overturn the millennia-old institution of marriage simply to make Internet searches less demanding for a few homosexuals? Really?

The truth is, any remaining minor issues can be dealt with at a local level, and do not require the destruction of the institutions of marriage and family to achieve this. As to any supposed legal shortcomings, one US family expert offers some much-needed clarity here:

Like other citizens, homosexuals can draft any type of will that they want and leave their property to anyone they want. Family members do retain a higher standing in challenges to wills, but that is the case whenever a will is contested by anyone. The same goes for powers of attorney. A homosexual can designate his lover or anyone else as the executer of his estate or as guardians of his health in the event of an untimely, debilitating illness.
As far as hospital visitation, that is not a federal issue, nor should it be. Families have been given preference in visitation because family ties transcend other types of relationships – as well they should. Homosexuals are free to lobby individual hospitals as well as local authorities to change their rules regarding visitation. But they do not need to overturn the institution of marriage to do so.

The situation is even less problematic here in Australia. But if a particular hospital still restricts visitation rights to certain people for example, then those who feel aggrieved can take it up with that hospital and see if some sort of solution can be worked out. They do not need to redefine marriage out of existence.

Talk about using a sledgehammer when a feather would do. So all this is really just a lot of hot air. There is no inequality here. A few years after the federal law changes were made in Australia a group of experts came out and spoke to this issue:

The Federal Parliament amended 84 pieces of legislation in 2008 to place homosexual rights and entitlements on the same basis as others. The Marriage Equality website itself admits that after these amendments the Marriage Act is the only legislation requiring change – this is not an issue of substantive discrimination.
Not only so, but homosexual couples in NSW, Victoria, Tasmania and the ACT are able to register their same-sex partnerships on a relationships register that provides public recognition and affirmation of their relationships.
The push for same-sex marriage is therefore largely ideological, because there is clearly no intention in any jurisdiction that they be subjected to any substantial discrimination on entitlement.
No one is done a real injustice when we positively honour and uphold marriage as currently understood. We currently honour those men and women who are united in lifelong, complementary, faithful and procreative relationships by calling them “married.”
In a liberal democracy, others can form other types of relationships; but ‘marriage’ is a term reserved for a particular kind of relationship that brings with it obligations to others beyond the two parties. Marriage is shared obligation for children.
http://www.abc.net.au/religion/articles/2011/05/20/3222067.htm

Since that time all Australian states have officially recognised homosexual relationships in one form or another:

In the NT we have this situation:

De facto recognition was made possible following the Law Reform (Gender, Sexuality and De Facto Relationships) Act 2003 amending the territory’s De Facto Relationships Act to define de facto relationships as “2 persons…not married but have a marriage-like relationship”. This definition for the first time in the Territory resulted in LGBT people having a mechanism in the territory courts to resolve property disputes with their ex-partners.”
https://en.wikipedia.org/wiki/LGBT_rights_in_the_Northern_Territory#Recognition_of_same-sex_relationships

And in WA we have this:

So we really need to put to rest these ludicrous and patently false claims of inequality, discrimination and the like. Everywhere in Australia homosexuals have full equal rights as anyone else, and homosexual couples have basically the same rights as any other couples.

And marriage rights continue to apply equally to everyone. As long as two people are of the opposite gender, of the proper age, and not close blood relatives, if they want to marry, they can. Everyone is treated completely equally in this. Those who want to marry must play by the same rules that everyone else must abide by. It is that simple.

12 Replies to “No, There is No Discrimination”