She is only 18 years old, but she now knows full well what the wrath of the homosexual lobby looks like. For daring to say on her own private media page that she believes marriage is between a man and a woman, young Madeline was fired from her job.

It is a good thing this happened at the hands of the love and tolerance brigade. Just imagine how much worse things would have been if she was dealing with a group that was not so steeped in tolerance and acceptance! I wrote yesterday of this shocking case of homosexual hate and bigotry: billmuehlenberg.com/2017/09/19/affirm-traditional-marriage-can-lose-job-hate-speech/ 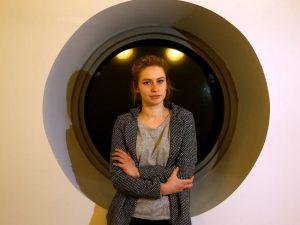 Thankfully today some of the less biased and bigoted media has been running with the story of Madeline. Everything we learn about her demonstrates what a champ she is, and how nasty the homosexual militants can be. Here is how one media report covers the story:

The woman sacked by a children’s party business for promoting the “no” vote in the gay marriage postal survey says she is “very hurt” about being fired. The 18-year-old woman, who has been identified only by her first name Madeline, was let go as a contractor by the Canberra small business for posting a Facebook profile picture with a filter saying “It’s OK to vote no”.
Capital Kids Parties business owner Madlin Sims said she fired Madeline because “advertising your desire to vote no for SSM [same-sex marriage] is, in my eyes, hate speech”. “I am in complete shock,” Madeline told Triple J’s Hack yesterday.
She said the situation was made worse because she wasn’t able to articulate her position to Ms Sims before she was fired. “Most people see my views as bigoted — I did understand where she was coming from — but when I wasn’t able to explain myself to her because she had blocked me I felt even more hurt,” Madeline said.
“I just wanted to let her know why I was voting no and I wanted to ask her why she would discriminate against me and not have tolerance for my view. “I think it’s very unfair.”
Ms Sims told Hack that she believed Madeline’s views were a “risk” to her customers. “Everyone’s entitled to their opinion, we’re a democracy … all good. That’s not the problem. The problem for me is that we work with children,” Ms Sims said.

Wait a minute – stop right there. As young Madeline told Andrew Bolt, she is the oldest of eight children, she loves kids, and she actually works as a nanny! Yet Ms Sims claims Madeline will put children at risk. What a disgusting thing to say.

Talk about anti-Christian bigotry and bullying. The article goes on to say this:

Madeline said her views were based on her faith. “I have been raised a Christian my whole life and, in the Bible, God clearly states that a man and a man and a woman and a woman are not to be together,” she said. “I believe that man and woman were created for each other and that when we’re together it’s a beautiful thing.

Another article sheds more light on the irrational and bigoted Ms Sims:

Ms Sims published another Facebook comment yesterday clarifying that the person she had “fired” was a contractor and suggested that she could not risk letting that person work around young children because she might pass on her views. “I stand by my decision to let go of this contractor,” Ms Sims declared.
“She was let go because her actions showed she is extremely out & proud about her views on homosexuals and as someone who, as I said before, has an (sic) responsibility to the vulnerable people we work with, could not risk her voicing those opinions to any children of ours.” Responding to the claims against her, Madeline said she would consider her legal options but was not committed to pursuing them.
Institute for Civil Society executive director Mark Sneddon said religious conviction was a “protected attribute” under ACT discrimination law. “So if someone sacks you or acts detrimentally to you on the basis of your religious conviction then you could take an anti-discrimination complaint against them,” Mr Sneddon said.
Pointing to the same-sex marriage postal survey safeguards passed in parliament last week, Mr Sneddon suggested that general threats not to employ someone based on how they were planning to vote in the postal survey could possibly be a breach of the anti-vilification provisions.
Madeline said she worked as a nanny and was trusted by people to look after their children, strongly rejecting claims she was homophobic. “I have plenty of homosexual friends and family who I love very dearly.

Um, earth calling Ms Sims: the only one who is “extremely out & proud about her views on homosexuals” is obviously you. You go around firing terrific staff simply because they dare to have a different point of view. How tolerant of you. How accepting of you. How loving of you.

But it gets even worse. Consider this bit of Orwellian madness:

Ms Sims yesterday told the ABC’s Hack that she stood by her decision to “let go” Madeline, suggesting she was taking “damage control before it happened” despite no parents complaining about the issue. Ms Sims said it was “homophobic” to vote No in the postal survey, but conceded her decision to stop employing Madeline was “bigoted”.
“What I did was bigoted,” she said. “But is it worse for me to be a bigot fighting for the rights of homosexuals or is it worse for her being a bigot telling people they can’t have equality?”

Um, so it IS OK to be bigoted and intolerant Ms Sims? How nice of you to spill the beans. What you are telling us is that you do not believe a word of what your side is saying: you do NOT believe in equality, in diversity, in tolerance, in acceptance.

You believe in sacking every single person who actually dares to think for themselves and have a differing point of view when it comes to marriage. How very tolerant of you Ms Sims. How very loving you are. Guess what? This is why so many will be voting “No”.

They see the ugly bigotry, bullying and hatred of the pro-homosexual marriage camp and they are utterly repulsed by it. And well they should be. The only thing worse than such thuggery and intimidation is when it comes in the name of tolerance.

It is clearly time to say “No” to the tolerance brigade. Let this story be a wake up call. Young Madeline was fired for her faith. She puts most Christians to shame in her commitment to truth. We need many more fearless folks like her to demonstrate what real heroes look like.

Please keep Madeline in your prayers. She is a champion in every sense of the word, and she should inspire every single one of you to stand strong and keep the faith. Recall that the word “martyr” comes from the Greek word for witness. Madeline is a terrific witness for her faith.

We may not be having Christians and others being put to death yet as we normally think when we hear the word martyr, but we are getting an ever-expanding list of those who have been fired from their jobs, fined, and even jailed, for simply standing true to their beliefs and resisting the militant rainbow warriors.

Thank you Madeline for your courageous and strong witness.

33 Replies to “One Brave Teenager vs the Rainbow Juggernaut”