Homosexuals, by their very nature, cannot procreate. So if they wish to expand their numbers, they can only do it by recruitment. And many of the more honest homosexual activists have told us that is exactly what they are doing. When the other side tells us all about their strategy and goals, we really ought to pay heed.

Indeed, this is one thing that really puzzles me: when the other side clearly tells us what their plans are and how they hope to achieve their aims, why don’t we start to pay attention? Why don’t we believe them? The militant homosexual lobby has told us in no uncertain terms just how they expect to overturn society, so we really ought to take seriously what they have told us.

I have documented heaps of this in my 2011 book Strained Relations. There I quoted plenty of the activists and what they have said about their goals and strategies, and how targeting children is a crucial part of this. Let me quote from parts of that book here. 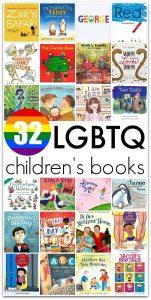 A well known saying states that the hand that rocks the cradle rules the world. Homosexual activists know this all too well. As one lesbian put it, “Whoever captures the kids owns the future”. Thus the constant attempts by homosexual activists to influence children.

There have been many attempts lately to get access to young people. For example, in the United States the New Jersey Supreme Court has ordered the Boy Scouts to admit homosexuals. The Girl Scouts have also caved into Political Correctness. Indeed, according to some Scout staffers, one in three of the Girl Scouts’ paid professional staff is lesbian. And in the United Kingdom, the English Scout Association recently lifted the ban on homosexuals becoming troop leaders….

Everything that I said there was of course fully documented in my volume. In fact, there are over 700 footnotes in my book, so everything contained therein is fully referenced. And many of my quotes come straight out of the homosexual literature.

And of course things are just the same here in Australia. Let me quote a bit more from my book:

In Australia a number of homosexual activities have made many conclude that children are indeed being targeted by older homosexuals. Several years ago a large outcry arose over the discovery of homosexual swap cards. The cards, which featured sexually explicit photos, pictures and cartoons, were part of a safe-sex campaign.

Another article in the homosexual press on the same issue reported that there are “probably around a hundred gay characters out there” in comics right now. Given that children are usually the main readers of comics, one has to ask if recruitment is not part of the strategy.

And we also have homosexual cartoon characters in both TV series and in the movies. Consider Utena, Revolutionary Girl, an anime character who is a lesbian. Anime, or Japanese animation, is of course hugely popular with children – (Pokemon being but one example). Advertisements for Utena the movie feature in homosexual newspapers.

Along the same lines, what is one to make of the world’s first talking homosexual dolls? The dolls, which have been sold in the US and Europe, were made available in shops for Christmas 2003 in Australia. Openly homosexual Elton the Biker (complete with nipple rings), and his plastic counterpart Marshall, evidently have sold well overseas. Given that dolls are usually the kind of thing that children, not adults, play with, one has to ask if this is another recruiting attempt.

In the US pro-homosexual books such as Heather Has Two Mommies are found in many schools and libraries. And in Australia, similar books can be found, for example in Sydney school libraries. Another example is Daddy’s Roommate. One book entitled My House has this as part of its story line: “I’ve got a cat and two dogs. I’ve got two mums.”

I could go on, but let me stop at this point, and focus a bit more on the idea of children’s books. I just mentioned a few above, but today of course there are scores of them out there. Our kindergartens and schools are now flooded with such books.

Who says our children are not being targeted? Last month one American researcher, Brad Harrub, posted the following. It makes for scary reading, but we must be aware of what is going on here:

School is back in session…
And the battle for your child’s heart and soul is raging. Many parents are celebrating their children being “out of the house,” not even realizing how busy Satan has been. There are now 32 books promoting LGBTQ lifestyles for your children. These books are in their school libraries. They are being read openly in class. And yet, you are just thankful they are “out of the house.” Many parents can’t even name one of these books, much less name all 32. God help us and have mercy on us. We are sending our children off to pagan lands where they are being taught that abominations in your sight are just alternative lifestyles. (And we wonder why our children leave the church and don’t possess a Biblical worldview…)

The picture I include above shows just some of these books. Um, when will we wake up here? These books are all about getting access to our children. And when the activists have so very plainly said that is their clear intention – to snare our kids for their own agenda – then we really better stand up and take notice.

So when will we wake up to this assault on our kids and start resisting the activist agenda? Or will we do nothing until it is too late?

23 Replies to “Yes They ARE Targeting Our Children”