As I may have mentioned before, I get my fair share of abuse. For daring to proclaim truth in the public arena, I get almost daily heaps of hatred and abuse. I guess it goes with the territory. As Winston Churchill once put it: “You have enemies? Good. That means you’ve stood up for something, sometime in your life.”

So it is to be expected that you will get plenty of opposition, derision and outright hate when you do take a stand. While I get so much abuse and so many attacks from all sorts of people, there are two groups that seem especially good at laying this hate on thick: atheists and homosexuals. 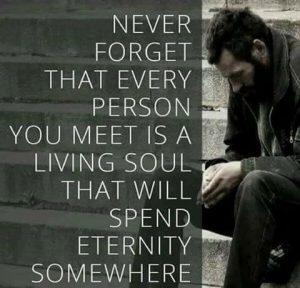 Quite often of course a person will be a card-carrying member of both groups. So if you want to know what quite nasty and diabolical rage and vituperation feels like, just dare to challenge a homosexual atheist. I get this all the time, and it sure is not pretty.

A humorous but basically true depiction of fundamental atheist belief goes something like this: “There is no God and I absolutely hate him!” Yep, we see this being played out all the time – they are convinced there is no God and they sure do seem to be angry with him.

And when this atheism is combined with homosexuality it can be a very heady brew indeed. Consider just one recent example of this – a comment I recently received to a post I had penned about the Christian teenager who was fired from her job for standing against homosexual marriage.

The comment came from a person calling himself “Jesus”. And this was part of the email address he used: “Jchristthebiggestlieforthedum”. This is the comment that he or she sent in (and I have had to edit it a bit for public consumption!):

God is a filthy little faggot paedophile. He loves to f*ck children and cause only pain. This is ALL he is capable of. He is a f*cking scummy little fairytale creature. For the gullible, dumb and trash out there, waiting to believe in absolutely anything. They are dumb. They are worthless. They are scum. They should all be torn apart and f*cked to death. If you follow religion and god i hope u are raped to death and die the most unimaginable death possible.

I do not know if it was a male or female who sent it in, or if the person is young or old. But one thing we can say for certain: this person is drowning in a sea of anger, bitterness and resentment. I of course know nothing about this person, or this person’s past, and what they may have gone through.

Whether they had a bad experience with the church or what have you – I have no way of knowing. But sadly such hate-soaked comments are far from unique. I get so many like this that a few years ago I decided to start keeping a record of them.

I have many hundreds of these now piling up. It makes for a very lengthy document in small print – and for some very discouraging reading! One can only say that so much of this comes from the very pits of hell. There are some very sick and twisted people out there.

I am not sure what I will do with this document. At the very least, I can use it as evidence. When the other side says we conservatives and Christians are a bunch of haters and bigots, I can easily reply by saying the opposite is in fact the case.

All the hate and abuse seems to be one-way traffic. It seems to be mostly coming from the other side – you know the one: the one that shouts the most about the need for tolerance, diversity, inclusion, and love! So at least I have my own record of just who is doing all the hating here.

Now the question is, how should we respond to all this poisonous abuse and out-of-control animosity? It would be easy of course to respond in kind. But that is not an option – at least for the Christian. We are called to something higher.

Instead, as Jesus insisted, we are to pray for our enemies. So I have already been praying for this person. I am not sure if he or she will ever see this article, but if so, he/she should know that God in fact loves this person very much – even enough to send his own son to die for him or her.

This person is an image-bearer of God, one for whom Christ suffered a horrible death so that they might be set free from their bondages to sin, self and Satan. God is in the business of transforming lives. He can set the most hate-filled and bitter person free, and turn them into those who can love others with God’s love.

It is that mindset that all believers must keep in mind when this sort of abuse and ugliness comes pouring in. Sure, it hurts like hell to get this kind of nastiness on a regular basis. I sure do not like it. But these people need help big time. They need God big time.

They need to be set free from all that is dragging them down and reducing them to such angry and bitter individuals. And Christ can do that if and when we let him. As Francis Schaeffer once said in one of his sermons, there are ‘no little people’.

Everyone was created by God and everyone has a soul that will live on forever. The choices we make in this life will determine our eternal destiny. C. S. Lewis also wrote about this so very poignantly in his essay, “The Weight of Glory”. Let me quote part of it here:

It may be possible for each of us to think too much of his own potential glory hereafter; it is hardly possible for him to think too often or too deeply about that of his neighbour. The load, or weight, or burden, of my neighbour’s glory should be laid daily on my back, a load so heavy that only humility can carry it, and the backs of the proud will be broken.

This of course is a much different view of persons than that offered by atheists, the materialists and the secularists. We are dealing here with the crown of creation, and need to treat one another with all respect and dignity. As image-bearers of God, we deserve no less and can do no less. Lewis continues:

It is a serious thing to live in a society of possible gods and goddesses, to remember that the dullest and most uninteresting person you talk to may one day be a creature which, if you saw it now, you would be strongly tempted to worship, or else a horror and a corruption such as you now meet, if at all, only in a nightmare. All day long we are, in some degree, helping each other to one or other of these destinations. It is in the light of these overwhelming possibilities, it is with the awe and the circumspection proper to them, that we should conduct all our dealings with one another, all friendships, all loves, all play, all politics.

He summarises, “There are no ‘ordinary’ people. You have never talked to a mere mortal. Nations, cultures, arts, civilisations – these are mortal, and their life is to ours as the life of a gnat. But it is immortals whom we joke with, work with, marry, snub and exploit – immortal horrors or everlasting splendours.”

We must always keep these basic truths in mind when dealing with others. Yes there are plenty of evil people out there. Some will refuse to bow the knee and they will thus seal their own fate. But in the meantime we must seek to reach them and bring them back to God. At the very least, we can pray for these people.

So please join with me in praying for this individual. He or she is in a real bad way, but God is able to do a miracle in this person’s life if they let God have half a chance. Who knows? This person may one day be radically transformed by Christ and become a wonderful witness of, and testimony to, God’s amazing grace.

So remember, if you get into the culture wars and seek to speak truth in the public arena, this sort of abuse WILL be your lot. It is guaranteed. But how we respond to it – and to those hurling it at us – makes all the difference in the world.