The Australian state of Victoria has just voted to give the green light to a very worrying kill bill. The Lower House voted 47-37 to support the Voluntary Assisted Dying Bill 2017. It must now be voted on in the Upper House of the Victorian Parliament, likely in November.

I had warned earlier about what a dangerous bill this was. Despite claims that it would be “safe,” there of course is no such thing as a safe kill bill. It certainly is not safe for those being killed, but it is not safe for the rest of society either: billmuehlenberg.com/2017/09/23/victorias-killing-machine/ 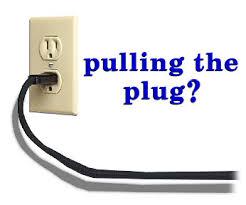 The Dan Andrews’ Labor government rushed this bill through, knowing that the federal postal plebiscite on homosexual marriage would offer a nice distraction. A Labor government had already foisted upon Victorians one of the most liberalised abortion bills in the world back in 2008.

Things were quite bad a few days earlier when an attempt to shelve the bill was defeated because some renegade leftist Liberals sided with Andrews. Deputy Premier James Merlino defied Andrews and proposed a ‘Reasoned Amendment’ which would have stalled the bill:

“MPs in favour of euthanasia defeated an amendment to put the bill on ice with 47 votes to 39. Liberal frontbencher David Morris led five Coalition MPs including Roma Britnell, Brian Paynter, Louise Staley and Louise Asher to side with the Andrews government to keep the bill alive, along with two Greens MPs, and independents Suzanna Sheed and Don Nardella.”

Shame on these despicable Victorian Liberals who sided with Andrews on this. They are just as much responsible for this diabolical bill as Andrews is. And even some Labor figures – such as Merlino – have opposed this. Indeed, just a day or two before the final vote former Labor Prime Minister Paul Keating made an impassioned plea on this.

He urged fellow Labor politicians to reject this kill bill, calling it “bald utopianism”. His words were as welcome as they were surprising. As one news report put it, Keating also

condemned the parlous state of geriatric and palliative care in Australia, which he said was where the real priority ought to lie. “The weakest link in the chain is palliative care,” he told Fairfax Media. Arguing against what he called “an unacceptable departure in our approach to human existence … and what it means to be human”, he said supporters of the Voluntary Assisted Dying bill being debated in the Victorian lower house ahead of a final vote on Thursday night were misguided.
The powerful intervention represents the most senior political foray into the highly contentious debate which, while more advanced in Victoria, is due to be prosecuted in other jurisdictions in coming months, including the New South Wales Parliament.
In New South Wales, both the Premier and the Opposition Leader have indicated they would vote against the move.
The comments put the former leader on a collision course with majority opinion in his party and openly at odds with Victoria’s Labor Premier, Daniel Andrews.

As he wrote in his opinion piece:

The justifications offered by the bill’s advocates – that the legal conditions are stringent or that the regime being authorised will be conservative – miss the point entirely. What matters is the core intention of the law. What matters is the ethical threshold being crossed. What matters is that under Victorian law there will be people whose lives we honour and those we believe are better off dead.
In both practical and moral terms, it is misleading to think allowing people to terminate their life is without consequence for the entire society. Too much of the Victorian debate has been about the details and conditions under which people can be terminated and too little about the golden principles that would be abandoned by our legislature.

He concluded with these words:

The issue is not how many people will choose to die under this proposed law. It is how many people may die when otherwise they wouldn’t. As Dr Gannon says it is “commonplace” for patients to tell doctors in front of their loved ones that they have no wish to be a burden on families.
Once this bill is passed the expectations of patients and families will change. The culture of dying, despite certain and intense resistance, will gradually permeate into our medical, health, social and institutional arrangements. It stands for everything a truly civil society should stand against. A change of this kind will affect our entire community not just a small number of dying patients. It is fatuous to assert that patients will not feel under pressure once this bill becomes law to nominate themselves for termination.
Opposition to this bill is not about religion. It is about the civilisational ethic that should be at the heart of our secular society. The concerns I express are shared by people of any religion or no religion. In public life it is the principles that matter. They define the norms and values of a society and in this case the principles concern our view of human life itself. It is a mistake for legislators to act on the deeply held emotional concerns of many when that involves crossing a threshold that will affect the entire society in perpetuity.

And just days ago general practitioner and former president of the Australian Medical Association Mukesh Haikerwal offered a stern warning about where this would lead. He said in part:

The VAD Bill as it stands is flawed. It only partially protects some vulnerable groups. Euthanasia proponents argue that the Bill has more safeguards than any legislation of its type in the world. The reality is that there can never be enough safeguards should this Bill be passed.
It exposes patients to the slippery slope of endless alternative outcomes. The most vulnerable and helpless would be at most risk. Doctors, too, are exposed. The Bill, with all its unclear, complex criteria, puts the very physicians that the law seeks to empower with this grim new responsibility at risk of being subject to new litigation and possible jail — for life….
Suicide in society is a major separate issue, which occurs for a number of reasons. We are addressing this in multiple ways across the nation. Promoting a different form of suicide is illogical when we strive to prove that there are better solutions than to commit suicide.

Universal health access and care at all ages and stages is a key right of all Australians. There should not be a class of Australians whose life is not worth living…
The Australian Medical Association’s Position Statement on assisted dying states: “The AMA believes that doctors should not be involved in interventions that have as their primary intention the ending of a person’s life. This does not include the discontinuation of treatments that are of no medical benefit to a dying patient.”
I urge Victoria’s parliamentarians to vote against this Bill. They must do the right thing by vulnerable people across the state and, ultimately, across the country.

Yet these warnings have fallen on deaf ears it seems, not only with pro-death Labor politicians, but many pro-death Liberals as well. Shame again. And plenty of amendments (one report said over 300) on a number of aspects of the bill were raised during the marathon debate, but every single one was rejected. What is wrong with these politicians?

As mentioned, we now await a vote in the Upper House. But things are not looking good. If it goes through, we will be a state known as a state of bloodshed – a state that hates life. And plenty of our politicians will have blood on their hands.

I am not sure which is worse: Labor Party figures who are fixated on death and killing, or supposed conservative politicians who go right along with all this. A pox on both their houses.