One of the clearest lessons to be derived from the current Australian homosexual marriage debate and vote is just how the other side operates. The whole nation can now see for themselves that the side that screams the most about acceptance, diversity and tolerance are nothing of the sort.

The cases of intimidation, bullying, violence and censorship have been occurring on a daily basis, and the general populace has seen plenty of it. If the ‘Yes’ vote is shot down, all this viciousness and thuggery will be a major factor in why folks voted ‘no’.

I and others have documented numerous cases of this bullying and intolerance. It is part and parcel of how the secular left in general, and the militant homosexual lobby in particular routinely operate. They are NOT interested in genuine debate – they want to shut down all debate. 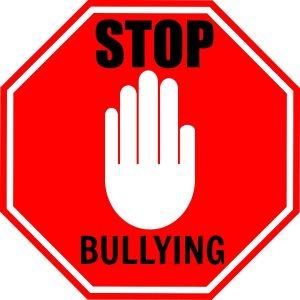 In their view there is only one way to think on these matters, and all competing views must be quashed and all dissenters silenced. Thus Mark Latham had it quite right when he said a few weeks ago that the ‘Yes’ camp is all about censorship and bullying:

Former Labor leader Mark Latham has likened gay marriage to mind control as ‘No’ campaigners are barred from speaking at venues they had paid for. The media commentator and author said the ‘Yes’ campaign’s tactics were a threat to democracy itself after same-sex marriage opponents were shut out of two venues in Hobart.
‘It’s about control of what people can say, what people can think, what people can believe in and even where people can speak,’ he told Daily Mail Australia on Thursday ahead of the Sydney launch for his new book ‘Outsiders’. ‘In a democracy, this is just horrific news.’
His concern comes after the Wrest Point Casino in Hobart last week prevented the Coalition for Marriage from hosting a 600-seat ‘No’ case rally even though they had booked the Plenary Hall, the ABC reported. The University of Tasmania then refused to take them.

As mentioned, the constant cases of rainbow fascism are producing a backlash. People are sick and tired of all the bullying and intimidation from the ‘Yes’ camp. Many are rising up and saying enough is enough. Tony Abbott certainly understands this:

Tony Abbott has hailed the rise of a new conservative movement prepared to fight for Western culture and religious freedom as a result of the same-sex marriage campaign and warned Liberals the “activated” voters will wonder “who will represent them in the years ahead”.
The former prime minister said the “nucleus of an organisation” had been created in just two months of campaigning for traditional marriage but there was no support from Malcolm Turnbull or conservative ministers.
He said the new movement, which could represent 40 per cent of Australians, could become a counter to the pro-Labor, leftist GetUp! movement which has been around for a decade and heavily funded by unions.
This week John Howard, a leading advocate for traditional marriage, also warned of the “fragmentation” of politics in Australia and is concerned about the lack of representation in the same-sex marriage debate for conservatives.
In a speech to be delivered in New York overnight to the conservative Alliance Defending Freedom group, Mr Abbott will say thousands of young people had sprung to defend marriage despite attracting “an instant social media storm and reputational death”.
“Such robust characters, once activated, are unlikely to fade away; and could continue to make their presence felt (even after marriage is no longer an issue) because they’ve had the guts to campaign for a cause they believe in,” he says.
“With the leaders of both big political parties, 60 large businesses and most of the major sporting codes all coming out on the other side — and no cabinet minister, not one, in the centre-right government prepared to campaign with them — they will understandably be wondering who and what might represent them in the years ahead.”

But the bullying continues. And this is not just true of Australia. We see the same thing happening in America. There too ordinary folks are afraid to open their mouths and voice their political opinions, for fear of being attacked by the militants on the left.

And there is research to back all this up. Just today I spotted a report from the US which highlights this very thing:

With the holiday season fast approaching (Halloween has passed so look for Thanksgiving and Christmas decorations to go up any day now), Americans across the country are no doubt beginning to dread the dining room table talk that comes along with the festivities.
But in 2017, it’s even worse. Nearly 6 in 10 (58%) of those surveyed for a new poll agreed that the “political climate prevents them from sharing their political beliefs.”
The survey by the Cato Institute found that 73% of Republicans said “they keep some of their political beliefs to themselves.” Fifty-eight percent of independents also keep views to themselves, while 53% of Democrats did so, the poll found.
What’s more, a whopping 71% of those polled “believe that political correctness has silenced important discussions our society needs to have,” the survey found.

Yes the militants and their political correctness sledgehammer have intimidated millions of people into silence. It is getting harder and harder for normal citizens to state their opinions on the vital issues of the day. Such is the climate of fear and intimidation created by the radical secular left.

But in one sense this is nothing new. There have always been groups which sought to silence and intimidate others. Just this morning in my daily reading I came across a passage in John’s gospel and the first thing I thought of was the hostile political and ideological climate we find ourselves in today, especially with all things homosexual.

What I read in John 7:11-13 is quite interesting indeed in light of all this:

Now at the festival the Jewish leaders were watching for Jesus and asking, “Where is he?” Among the crowds there was widespread whispering about him. Some said, “He is a good man.” Others replied, “No, he deceives the people.” But no one would say anything publicly about him for fear of the leaders.

Hmm, there have even been press reports over the past weeks of this very thing: voters – especially ‘No’ voters – are afraid to even reveal how they voted. They are so cognisant of the radical left’s program of intimidation, harassment and bullying that many just remain silent.

Well, in two weeks’ time we will finally know just how most Australians feel about this issue. In the meantime, we still have a few more days left, so if you have not yet cast your vote, please do so now.

6 Replies to “Activists Silencing the Masses”