Anyone following American politics and the culture wars that are going on there will know of two recent cases of the concept of ‘hearing from God’ or ‘God speaking to me’ being thrown around in the popular discussion. For a largely secular country like America, there are still millions of Christians, so such discussions can still be common.

The first occurrence of this was from a few weeks ago. US Vice President Mike Pence came under attack by various lefties for his Christian faith. As one article describes the stoush:

The women of ABC News’ “The View” took a shot at Vice President Mike Pence’s Christian faith on Tuesday, mocking the former governor of Indiana for talking to Jesus and even calling it a “mental illness.” It all started when they played a clip from “Celebrity Big Brother,” in which former White House staffer Omarosa Manigault Newman discussed the vice president.
“As bad as you think Trump is, you would be worried about Pence… everyone that is wishing for impeachment might want to reconsider their life,” she said in the clip. “I am Christian, I love Jesus, but he thinks Jesus tells him to say things.”
The talk-show panelists pondered what Omarosa’s motive was, before Sunny Hostin chimed in, “I think what’s interesting is that she said Jesus tells Mike Pence things to say.” Hostin declared that Pence is a “hated figure” in Indiana, claiming she knows firsthand because she attended law school in the state.
“He’s not very popular at all,” she said. “I think when you have a Mike Pence who now sort of puts this religious veneer on things and calls people ‘values voters,’ I think we’re in a dangerous situation.” Hostin said she is a “faithful” Catholic but doesn’t want her vice president “speaking in tongues.”
Joy Behar then said: “It’s one thing to talk to Jesus. It’s another thing when Jesus talks to you.” Behar said hearing voices is a “mental illness” before Sherri Shepard offered a limited defense of Pence. 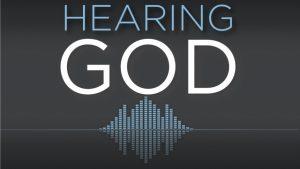 Of course millions of Christians instantly took offence at Behar’s remarks, and rightly so. Not only do they believe that God IS in fact able to speak to his people in various ways, but they do NOT consider this to be a sign of mental illness.

Pence also made a reply: “People of all different faith traditions, they cherish their faith in God. And to have ABC have a forum that spoke in such demeaning terms, I think it’s evidence of how out of touch some in the mainstream media are with the faith and values of the American people.”

But a second incident all of a sudden found the hostile left to be all rather silent. This time one of their own got into the act, speaking about ‘hearing from God’. Instead of shrilly denouncing her as being mentally ill and someone to really worry about – if not lock up – the chattering classes of the left basically said nothing.

I refer to Oprah Winfrey and her rumination about running for President in 2020 – as a Democrat of course. I already penned a piece on why this would be pretty bad news if she did decide to make a run at it: billmuehlenberg.com/2018/01/09/oprah-potus-scary-thoughts/

Indeed, so frightening is the prospect of her leading the free world, that the following day I penned a second piece on her and why America does NOT need her at the top job: billmuehlenberg.com/2018/01/10/more-on-oprah-and-truth/

Anyway, the most recent statement of hers was all about – wait for it – God talking to her as to whether she should run or not. As one news item stated:

Oprah Winfrey said she’s had billionaires offer to fund her presidential campaign if she runs for the White House, but said she’s waiting for a sign from God. “I went into prayer,” she said of calls for her to run for president.
“‘God, if you think I’m supposed to run, you gotta tell me, and it has to be so clear that not even I can miss it.’ And I haven’t gotten that yet,” Winfrey told People Magazine in an interview published Wednesday.
Winfrey emerged as a possible 2020 presidential candidate after she delivered an emotional speech at the Golden Globes earlier this year, speaking out against sexual harassment.

Hmm, so let me see if I got this straight: if Mike Pence talks about hearing from God, he is a nut job deluxe, and a danger to us all. Yet when Oprah, who has as much influence and perhaps almost as much power as Pence does – says the same thing, we have complete silence from the left.

Yep, makes perfect sense to me. Just more hypocrisy and double standards from the left.

So what does the biblical Christian mean when he or she speaks of “hearing God’s voice” and the like? The Bible often speaks about God’s people hearing from God, and God talking to his people – especially the leaders. So God can and does communicate with his own.

Obviously today we must be careful with this. For the most part when believers now speak of hearing from God, they are not necessarily referring to hearing an audible voice, but to getting inward impressions, convictions or leadings from God via the Holy Spirit.

Indeed, all this is part of the bigger issue of finding the will of God for your life. How do we know what God wants us to do? How can we be sure about certain career paths, life partners, or ministry calls? Christians want to know what God’s will is for them in these various areas, and they believe God can guide them.

One obvious rule of thumb always must be adhered to here. Anything we may think God has told us, or is his will for us, must always line up with his revealed Word. If there is any contradiction or discrepancy between what we think we are hearing from God, and what he has clearly revealed to us, then the former must go.

Thus God will never “lead” a believer to do that which is clearly sinful. For example, he will never tell a believer to, say, have sex with someone other than her own husband or his own wife. He will not tell a believer worried about finding funds for his Christian ministry to go out and rob a bank.

So how should we think about hearing from God and discovering his will? Some years ago I wrote a two-part article on this very topic: “On Finding God’s Will”. In the second part of it I offered ten general principles that we should consider as we seek God’s will. Here they are in abbreviated form:

One. The Bible is not a book of magic. We should not take a ouija board approach to divine guidance.
Two. Much of divine guidance is really all about knowing God.
Three. God’s will for our lives is more of a life-long goal than a specific blueprint.
Four. Related to this, finding out God’s specific will in a particular situation is really not all that difficult. What is difficult is getting us to bend the knee.
Five. Following on from the above, having a humble spirit and a clean heart are indispensable for clearly discerning God’s will for your life.
Six. We need to remember that not every activity or incident recorded in the Bible is condoned or approved of.
Seven. We must realise that specific and express commands given to individuals in Scripture may not be for anyone else.
Eight. We always have to be quite careful about subjectivity. We must make sure our leading lines up with God’s word.
Nine. Do not always expect the sensational, the extraordinary, or razzamatazz when we seek his leading.
Ten. Don’t always expect individual guidance. The truth is, God has put us in a body of believers, and God often guides in a corporate fashion.

Yes I believe God does speak to his people today. But we must be careful in how we are to understand this. The main thing is personal guidance to us must always be in accord with his divine will as expressed in Scripture. And the first requirement for that is that we be in right relationship with God through Christ.

Given that Oprah is the world’s biggest promoter of the anti-biblical New Age Movement, we can be fairly certain that if she does hear voices or get impressions, they will more than likely not be those of the one true and living God.

2 Replies to “Oprah, Pence and Hearing From God”