I told an audience yesterday morning that a good definition of truth is “that which corresponds to reality”. If there is a major mismatch between what you say and the way the world actually works, you might not be speaking truth. An obvious example is to claim that the law of gravity is merely a matter of opinion or personal preference.

Testing such a claim is easy enough. Stand on the roof of a five-story building and jump. Then see what happens. Reality will always trump personal opinion. Broken bones, if not death, will be the result of that little experiment. The objective truth of the law of gravity stands. Not so mere subjective feelings. 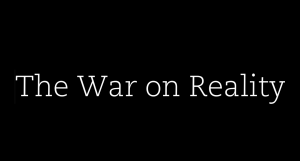 While we are entitled to our own opinions, we are not entitled to our own facts. And when we live in denial about the truth, we will always get a pushback from reality. One illustration I use when I speak of truth as that which fits reality is a road map.

Today of course we might prefer to mention the GPS. But either one, if they are any good at all, will always correspond with the way the world really is. As I told my audience yesterday when I was in northern Victoria, if I wanted to return to Melbourne and I consulted my GPS, and it told me to head due north, you know something is amiss with that GPS.

It is time to get a new one. But it is not just a Global Positioning System that might go haywire. So too can various Gender Positioning Systems that now seem to abound with all the social activists on college campuses, in pop culture, in the mainstream media, and in most political parties of the left.

They are seeking to reposition gender, or sexuality, and as they do so, they move away from reality, not toward it. The idea that you can simply “identify” as a sex that you were not born with is a flight from reality and will cause as much damage as a leap from a five-story building.

And the activists have even dreamed up new terminology for those whose feet are NOT planted firmly in mid-air: cisgender. For those not in the know, that refers to you and me – normal and rational people. It refers to those who identify with the gender they were born with.

Um, I just call it living in the real world, and not giving in to mental madness and psychological delusion. But the flight from reality knows no bounds with the trans activists and the other sexual revolutionaries. They are not just intent on destroying sexuality and biology, but reality and nature.

They have in fact declared war on human nature itself. A great piece just penned by Tom Gilson convincingly makes this case, basing it on earlier insights from the great C. S. Lewis. Entitled “The Transgender Abolition of Man,” Gilson begins:

Mankind has been trying for centuries to conquer nature. Now we’re trying to conquer not just nature but human nature. How? Look at the transgender movement. C. S. Lewis explored this conquering impulse in The Abolition of Man, his brilliant analysis of mankind’s impossible quest to re-engineer mankind. It’s our grand project to free ourselves from the constrictions imposed upon us by human nature. And not just human nature, but that to which human nature looks: “the Tao,” Lewis’s chosen term for moral principles recognized by people the world over.

Here’s how he saw it unfolding when he wrote in the middle of the twentieth century. Human nature has to be wiped clean of its “flaws,” both physical and mental. Someone must manage and correct everyone’s thoughts and attitudes through propaganda and behavioral conditioning. Only one all-controlling, all-wise State could have that “conditioning” power.

That inevitably leads to tyranny. That is its first, most obvious problem, illustrated masterfully in Lewis’s novel That Hideous Strength. But there’s much more wrong with this project: The tyrant seeking to control Nature will always find himself controlled by nature.

I too have often referred to both these books by Lewis to assess the way modern coercive sexual and social utopians are seeking to remake the world in their image. He was certainly prescient, having written them so long ago: Hideous was penned in 1946 and Abolition in 1947.

Gilson looks a bit further at the latter volume and then writes:

We can forgive Lewis for not seeing today’s “transgender moment,” as Ryan Anderson calls it in the subtitle to his new book, When Harry Became Sally. No one else saw it coming either, not even as recently as five or six years ago. But Lewis did foresee quite accurately how far Man would go in his quest to conquer Nature: All the way, until he collided with reality.

The sad thing? Even when modern man collides with reality, he won’t admit it. He just doubles-down on the idea that he can make reality bend to his wishes. But he can’t; especially not according to the philosophy that would allow a man the choice to be a woman. That same philosophy, you see, also insists that his choices are determined by Nature. Everything is determined by natural law, period. The mind, as Lewis noted, is ruled by the weather or by digestion. Even the LGBT “born this way” defense is an admission that the mind has no power over Nature after all.

So in the world of transgender activism the mind controls all, yet in that same world the mind controls nothing. Physical nature determines nothing, yet physical nature determines everything. Or as Lewis put it, “Man’s conquest of Nature turns out, in the moment of its consummation, to be nature’s conquest of Man” — meaning, all that is distinctly human.

The transgender person born male wishes to abolish his manhood; the transgender movement carries forward the abolition of Man. And all humanity — or so it seems, at least — is stumbling over itself racing to throw itself on the fires of its own destruction.

While I have nothing but empathy for the gender dysphoric, who cannot feel comfortable in their own bodies, I have nothing good to say for the movement that tells them their best answer is to defeat their bodies. These activists are urging them — and all of us, really — to fight a fight on the wrong field, trying to overcome Nature where Nature simply cannot lose.

The wiser, saner battle to fight is the one that takes place within the mind. Victory isn’t easy there; if it were, it wouldn’t be the battle it is. It isn’t always easy even to define what victory means. But if it means anything at all, it must include this: holding firm to humanness, resisting the abolition of manhood and womanhood — and with it, also resisting the abolition of Man.

Lewis would not be surprised at all this, but even he might not have expected it to go this far. When we bind ourselves to bizarre ideologies which pit us against reality, reality will always win. But there will be plenty of casualties along the way when people persist in this militant moonbattery.

11 Replies to “The Trans War on Truth and Reality”