The militant homosexual lobby has been on a search and destroy mission for decades now. And it has recently been joined by its twisted sister, the radical gender bender lobby. Everything is in their sights, and no stone is to be left unturned as it seeks to change everything into its own distorted likeness.

Needless to say I have been documenting this massive sexual storm surge for decades now, and not a day goes by when we do not hear yet another horror story of how the militants are laying waste everything in their path. Nothing is to be left untouched by this social and sexual tsunami. 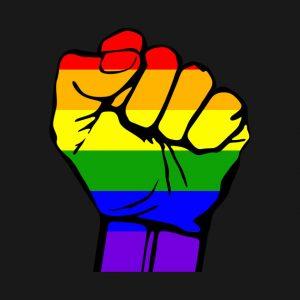 And of course this mass subversion project gets cemented in stone when the state gets into bed with the sexual militants. Then the heavy hand of the law is used to crush all opposition and to fully implement the agenda of the radicals.

Add to this the chattering classes, the intellectoids, and the leftist mainstream media and you have the perfect storm. Everything gets swept away, all to the cheers of the activists and the coercive social utopians. Sadly we see this everywhere. It is as Padme Amidala once put it, “So this is how liberty dies, with thunderous applause.”

Running with the latest examples of this is a full-time job of course. Let me just offer two more quite recent examples of all this. In Canada we have one of the most radical, secular left and Christophobic leaders there is with Prime Minister Justin Trudeau.

His latest act of insanity is to demand that words like “mother” and “father” be banned. Yes, you read that right. As one news report puts it:

As Radio-Canada first reported this week, Service Canada bosses have been given a directive telling them to use gender-neutral language to avoid “portraying a perceived bias toward a particular sex or gender.” Instead of using the tried-and-true Mr., Mrs., or Ms., for instance, employees were told to either use a client’s full name or to ask how they’d prefer to be addressed. Similarly, according to the memo obtained by Radio-Canada, workers were also told to avoid such gender-specific terms as “father” and “mother”, and to use “parent” instead.

Thankfully a huge public backlash against all this moonbattery resulted in the Families Minister Jean-Yves Duclos having to engage in some big-time back-pedalling. But this sort of lunacy has been the hallmark of the Trudeau government. It has long declared war on faith, family and freedom, while doing all it can to cozy up to Islam and the sexual militants.

But wait, there’s more. As we know, children have always been targeted by the activists. My several books and dozens of my articles offer documentation of this ugly crusade to get at and recruit our children. And this happens in every possible way.

Targetting famous works of literature, movies, children’s books, cartoons, comics, and related things has been part of this strategy. Consider this latest case of the homosexualisation of everything. Even the classic novel Little Women is not exempt. This classic book, especially popular with adolescent girls, has now had a rainbow makeover:

I’ve always loved Alcott’s books on the March family: Little Women, Little Men, and Jo’s Boys. Jo was always my favorite, because she was obsessed with her writing. Amy was the one I disliked throughout the entire first book, because she had burned her sister’s manuscript in a fit of rage. Jo, of course, eventually became a writer, met a German professor who both encouraged and critiqued her writing, and married him. Together they opened a school for boys on an estate that Jo inherited from her aunt, a story which is told in Little Men and Jo’s Boys.
Jo March has long been one of Alcott’s most popular characters, which is precisely why she attracted the attention of the LGBTQ activists. According to an exclusive by Entertainment Weekly, a “whole new generation is about to be introduced to Louisa May Alcott’s Little Women…the classic novel will be adapted into a vibrant graphic novel form for young readers, in celebration of its 150th anniversary.” The modern version of Little Women will be called Meg, Jo, Beth, and Amy, and—you guessed it—Jo March is a lesbian. “In this modernized retelling,” EW explains, “the March family is blended, multiracial and LGBTQ inclusive, with updates making it resonant to an even wider swath of today’s young readers.”
Alcott’s Little Women, of course, was doing just fine with readers for 150 years without literary vandals destroying her plot, transforming her characters, and eliminating fundamental parts of the story—parts of the story that have drawn readers in for years. But that apparently doesn’t matter, because Alcott’s March family has now been recruited to promote the Sexual Revolution.

This is where the pink demolitionists are taking us. And with the aid of the state, it will only get worse. As one mother remarked on the social media about this outrage:

Soon we’ll be living underground where the original versions of these books will be burned after being confiscated for being ‘propaganda against the State’ and our children will think the characters were always SS attracted. Thankful this hasn’t happened yet and for people calling out the LGBT lobby. Thankful also that I have the series by Alcott on my shelf and that I’ve read part of it to my daughter already.

My wife, who has also read the series, said the books championed traditional marriage and family, and things like self-sacrifice for the good of others. All that is now being ripped apart by the activists. Is nothing sacred anymore? Apparently not.

Given that we already have a “Queer Bible”, I guess nothing is now off limits for the sexual deconstructionists. See here for that shocker: billmuehlenberg.com/2012/12/14/the-new-revised-perversion-bible/

The militants aim to bulldoze everything in their way, and force their agenda on to all of society, whether we like it or not. Prepare for the next onslaught. It will only get worse. Unless of course we wake up and start resisting all this madness.

What Francis Schaeffer once said about the early Christians is now looking eerily familiar – and ominous:

No totalitarian authority nor authoritarian state can tolerate those who have an absolute by which to judge that state and its actions. The Christians had that absolute in God’s revelation. Because the Christians had an absolute, universal standard by which to judge not only personal morals but the state, they were counted as enemies of totalitarian Rome and were thrown to the beasts.

We are now very much in the same place as the secular left state increasingly aligns itself with the sexual militants. Those who beg to differ with all this will be treated accordingly. You have been forewarned.

8 Replies to “The Gayification of Everything”