OK, this is now my third article on the royal wedding, and hopefully the last – but you never know! My first piece offered a look at the real royal wedding at the end of the ages that all Christians so much look forward to. My second piece examined the message delivered by the head of the American Episcopal Church, Michael Curry.

It is that man and his message that has generated the greatest bulk of controversy and commentary, both here and elsewhere. As I stated, this is now one of the most liberal and apostate denominations in America. And his keen support of homosexuality is just one example of this. 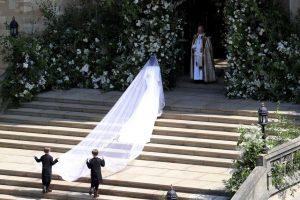 Yet I have seen and heard countless Christians (even Bible-believing evangelical Christians) singing his praises, gushing all over him, and defending him fully. So I have to ask myself, where has all the biblical discernment gone? Why have we not learned anything from church history?

Let me explain. Back in 1923 the American Presbyterian theologian J. Gresham Machen released an enormously important book entitled Christianity and Liberalism. In it he brilliantly demonstrated how the liberal gospel is no gospel at all, and that it has nothing to do with biblical Christianity. Let me offer just two short quotes from it:

And again: “[L]iberalism in the modern Church represents a return to an un-Christian and sub-Christian form of the religious life.” This is all part of a movement which denies the basics of the gospel. But I have written on this more fully elsewhere, eg: billmuehlenberg.com/2017/07/15/theological-liberalism-progressive-christianity/

Machen was exactly right to show how the liberals will take biblical terms and strip them of their biblical content, and thus promote a false, anti-Christian religion. His warnings back them were so very important, but it seems they have fallen on deaf years today.

I have to wonder, where is our discernment? Indeed, anyone with a bit of theological awareness would have had alarm bells going off all over the place when they heard Curry quote the Catholic theistic evolutionary philosopher Pierre Teilhard de Chardin!

One Catholic said elsewhere that we should be aware of what he believes. I wrote back and assured him that as a theologian I sure do know a few things about Teilhard de Chardin (1881-1955). Yet most Christians hearing Curry would not have had the slightest clue as to who he was and what he taught.

But even aside from quoting him, the entire sermon, as I have said repeatedly now, was little more than an extended version of the Beatle’s pop hit, “All You Need is Love,” from their 1967 album “Magical Mystery Tour”. Um, the fact of the matter is, we need a lot more than that. First of all, we need love and truth together.

And the biblical truth about love is a million miles away from the understanding of love offered by theological liberals. It is because they have strip-mined it of all biblical content that they can go on about how homosexuality is just peachy and all Christians should affirm it. Hey, love is all that matters!

Speaking of which, we need to be aware of the fact that Harry and Meghan have both made it quite clear that one of their activities as a royal couple will be to promote the homosexual agenda. See here for example for more on this: www.vanityfair.com/style/2018/04/prince-harry-and-meghan-markle-stand-up-for-lgbt-rights

And of course it makes perfect sense to realise that they specifically invited Curry to preach, knowing full well what he believed on this issue. As one article puts it, he “was hand-picked by the couple to deliver a sermon at their wedding”. He was a chosen vessel here, pushing an agenda.

Moreover, as one friend just reminded me, too often folks simply hear what they want to hear. The current debate over Yanny vs Laurel might be a good illustration of this. It isn’t the first time people hear different things from the same message. Jesus can say we must repent and turn from our sins and many folks just hear “love, love, love – everything is groovy baby”.

Please Christians, stop being naïve here. Too many Christians are missing the bigger picture: this is all about the white-anting of the church, and the insidious move to homosexualise the faith. This is how the church so often loses in the West: by activists doing their thing while most Christians are clueless or asleep at the wheel.

Curry is a pro-homosexual activist and a theological liberal, who was invited by the couple to offer his spin on things. It does not matter in the least that he did not mention “gay” this or that. By offering a watered down and unbiblical understanding of love, he did all he needed to do.

As just one indication of this, consider this remark: “‘I can totally see why Meghan chose Michael Curry to deliver the address. I am not religious but am totally engrossed,’ Royal commentator Charlie Proctor said.”
au.news.yahoo.com/american-preacher-speaks-royal-wedding-021451047.html

Exactly: when non-Christians praise a preacher, chances are really good that he is not offering a biblical sermon, but a man-pleasing and mushy sermon. We expect non-Christians to have gotten all soft and mushy over his talk. But I would have expected better from those who see themselves as biblical Christians.

Gavin Ashenden, an English Anglican clergyman, and former Honorary Chaplain to the Queen, just wrote a terrific article on all this. He said of Curry’s sermon, it

offers us all an insight into the dramatic difference between the two kinds of Christianity that are at odds with each other in the Anglican Communion. We will call them for the moment, ‘Christianity-max’, and ‘Christianity-lite’. Credit where it is due. ‘Christianity-lite’ can be very appealing. It reaches out to where people are hurting and it encourages them. It reaches out to where they are longing for good change, and it promises them that change can come. It speaks continuously of love and hope. Everyone likes to hear of love and hope. But it has three serious flaws. It doesn’t define love, and it never delivers on the hope. It isn’t what Jesus preached.

His entire article is well worth reading: ashenden.org/2018/05/19/michael-curry-the-royal-wedding-a-star-turn-offers-the-world-christianity-lite/

I have already had a steady stream of Christian critics and criticisms on this. Many said that some good can come from his sermon, and we should not have expected an altar call and the like. But I have said several times now that a full gospel presentation is NOT necessarily expected at all weddings, and some folks likely heard some biblical themes there, even from Curry – although Welby gave us much more of that than Curry.

And as mentioned, it is the very nature of theological liberalism to distort basic Bible terminology, resulting in people being led away from God and truth, not toward them. And that is a real worry indeed. Various other objections were raised.

Many others protested: “But God can use it.” Well, yes and no. As I already said, God can use Balaam’s ass. Or even someone like Judas. But we should not seek to have a lot of Judas’s being used! Better to have someone God can properly use, instead of just being used in spite of himself!

And again, while some non-Christians and some believers may have benefited to some extent from his remarks, the real question is this: how many folks were further moved AWAY from the gospel, because it was more Beatles than biblical?

There were also plenty of critics who trotted out the usual line heard at times like this: “Bill, you are so negative!” Um, to seek to warn people about the ongoing satanic homosexual agenda of taking over the churches is hardly being negative or unloving or harsh – it is the height of biblical responsibility and care to make such warnings.

But as we well know – or should know – the prophets were always accused of being too bleak and negative. They were always told to lighten up and tell the people happy things that they wanted to hear. Indeed, God even warned the prophets ahead of time, telling them that they and their message would be routinely rejected. Some things never change.

In sum, it seems the ability to be deceived, or at least to be open to deception, is at an all-time high in far too many churches today. So many Christians just want the feel-good, non-controversial stuff. “All you need is love” will do. No conflicts or dramas there. Everybody goes along with that sort of message.

But what folks want to hear and what they need to hear is almost always two different things. Sadly, I am often reminded at times like this of the words of Jesus when he said: “When the Son of Man comes, will he find faith on the earth?”

28 Replies to “On Weddings, Theological Liberalism, and Discernment”