There have always been growth areas – areas in which some service or industry booms and a lot of money is made. Think of the self-storage business for example, or more recently, tattoo-removalists. Another such new boom industry is emerging: detransitioning.

This refers to the trans movement of course, where someone has transitioned to the sex they were not born with. That can include radical things like sex reassignment surgery, etc. But many find this was not the panacea they were hoping for, so they detransition – they seek to go back to their natal sex. 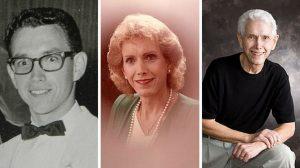 One person who knows all about this is Walt Heyer. He was born male, transitioned to female at age 42, and lived that way for eight years. He then detransitioned, and has since been helping others in this area. He has already penned a number of important books on this issue, including his 2013 volume, Gender, Lies and Suicide.

His brand-new book is a must read. It tells the stories of around 30 people who have been there and done that – they have transitioned, and now deeply regret that decision, and have or are in the process of detransitioning. No one can remain unmoved as they read these horror stories of people who may have had mental, psychological and emotional problems, only to have things made much worse by the activists and the medical community.

The simple truth is, pretending you can alter your actual sex is as much of a lie as it is a fool’s paradise. It changes none of the underlying issues and problems that really need to be dealt with. No amount of puberty blockers, cross-sex hormone therapy, or gender reassignment surgery, can overcome the real problems.

And these untreated issues include depression, childhood abuse and neglect, phobias and adjustment disorders. These are what must be looked at and dealt with. But an entire industry has sprung up which rushes through physical and cosmetic ‘solutions’ to these much deeper problems.

Any one of these stories should wake us up to the tragic human toll the “gender experts” are inflicting on so many people, including so many vulnerable young people. Indeed, I wish I could share them all, but let me highlight just a few.

One admittedly extreme story is well worth sharing. It concerns Blair, a poor guy who had 167 surgeries in 18 years from 1987 to 2005, costing him over $220,000! He actually even won the Guinness World Record for the most gender reassignment surgeries. Says Heyer, this was “a blatant disregard for Blair’s physical and emotional wellbeing.” He continues:

Candidates for sex change surgeries are vulnerable and ill-equipped to grasp the consequences of surgeries on their bodies and the effects on their future. They are easily approved for unnecessary procedures by surgeons willing to accommodate them….

Some who contact me regret their one surgery. Blair regrets every one of his 167 surgeries. Having painfully proven that surgeons cannot construct his “true self,” Blair found his true male self in following Jesus Christ. The doctors and surgeons failed him in their responsibility to “first, do no harm” – as the Hippocratic Oath says – while profiting from the 167 disfiguring surgeries. Yet, they will not be held accountable or responsible for gross medical misconduct or malpractice against the good man.

Consider another quite sad but typical story: that of Michael. Like so many, he had an emotionally traumatic childhood that led to a desire for gender change, but as is almost always the case, the emotional issues remained – unresolved – after the surgery. Says Michael:

I am so glad I came across your website. After 10 months of post-op psychotherapy, I know sadly now my problems were great depression, unresolved issues as you said (I was sexually abused by my grandfather at 3 years old)…. I have already removed the breast implants and will be restarting testosterone soon. I have destroyed my career, my finances, my marriage and alienated my family…. You and all the people that gave me words of encouragement are the only thing keeping me going….

Finally, Tim tells about his escape from the “clutches of the sex change industry”. He says:

Looking around me I knew of one post-op suicide and several other very unhappy and remorseful post-ops. There were several post-ops who suffered severe physical complications, such as a fistula forming between the constructed vagina and rectum, bladder damage, and partial paralysis of the legs…

Eventually I detransitioned to my male identity. That was in 1991. I continue to be happy with the choice I’ve made. Looking back, I see the gender clinic as more interested in their agenda and medical empire-building than in the well-being of myself or their other patients. I can only imagine it has become worse now that children are being encouraged to go down the path that they are not emotionally or intellectually mature enough to fully understand.

As all these stories make crystal clear, the sad truth is, all the physical changes in the world, even including vaginoplasty and phalloplasty surgery will not deal with the real, internal issues that are crying out to be addressed. It is fake medicine that pushes a confused young person into expensive and dangerous physical surgeries while refusing to address the real issues.

This is a blight on the entire medical community in general, and the sex change industry in particular. Indeed, consider the story of Kyle Scanlon, a well-respected and supported leader and activist in the Canadian trans community. Like so many others, he committed suicide. As Heyer writes,

The suicides continue because doctors fail to effectively diagnose and treat the comorbid mental disorders. Scanlon’s suicide is the factual evidence, an unfortunate consequence of focusing on the outward appearance when psychological issues run deep inside…. No amount of change – including all the surgeries to “look good” – can ever be enough to heal the ache inside.

In fact, over 40 per cent of transgender adults attempt suicide at some time, “even after changing their sex. As the research shows, a high percentage of this population has clinical depression, the undisputed leading cause of suicide.”

But this book is not just an important collection of individual stories, demonstrating the harm being done to these people by the activists, politicians, the medical profession, and others. It also includes chapters on how young children are being harmed by all this. Says Heyer:

Doctors have no scientific basis for their recommendations to prescribe hormone blockers, cross-sex hormones or transition surgeries for children with gender dysphoria. The truth is that no one can predict whether a gender dysphoric child will feel the same way years later.

And the book concludes with a helpful information section, telling us much of what we need to know about the trans movement. In sum, writes Heyer:

Most regretters come to understand it is categorically impossible to achieve a sex change, biologically, scientifically, or surgically. A change of sex is only a hypothesis and the recommended treatment isn’t based on controlled, randomized long-term scientific research…. Real people with real stories filled with pain and consequences are a chilling reminder of the madness of the trans life.

14 Replies to “A Review of Trans Life Survivors. By Walt Heyer.”