For many decades now in the West we have been told that there is no truth, or at best, truth is simply what you believe it to be. Belief in absolute truth, like in absolute morality, is seen to be the height of intolerance, arrogance and divisiveness.

We are told that what is preventing us from all getting along is any firm beliefs and values. We must hold everything tentatively, and champion relativity instead of absolutes. This will somehow make for a loving and peaceful world with no more strife and conflict. Yeah right.

While most folks in the West are now relativists, you can bet your bottom dollar that there are plenty of absolutists still out there who are more than happy to push their agendas – especially on all the wishy washy sheeple out there. They are absolutely convinced of their plans to enact a coercive utopia, and are more than willing to steamroll all these clueless relativists. 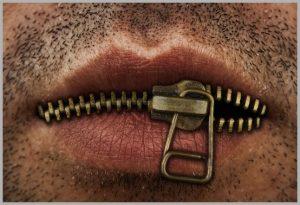 We have seen that time and time again whether with the Communists or the Nazis or Islam or the militant secular left or the homosexual lobby, etc. They sure have not abandoned their absolute beliefs and they are working overtime to push them onto everyone else.

Up until recently most Christians realised that they adhered to an absolute faith which allowed for no relativism. The gospel message was believed to be a true message and we knew we had an obligation to share the good news with those around us. But as the surrounding culture has become more steeped in relativism, so too has the church.

We of course have indications of this everywhere around us, be it Christians falling for interfaith foolishness, or refusing to speak out on homosexual marriage or the sanctity of life. And of course the latest battle surrounding freedom fighter Israel Folau is another obvious example of this.

Not only are many Christians a bit suspect about this devout Christian and his bold affirmation of biblical truth, but some are even standing against him! Talk about believers who have totally sold out to the world and been conformed to its image!

It comes as no surprise that when the church so heavily drinks from the waters of the surrounding culture that even the importance of evangelism will soon disappear. Not only will these worldly Christians not share their faith, but they will actually believe it is wrong to do so.

A few months ago a piece appeared in Christianity Today telling us just this: more than half of all Christian millennials do not approve of evangelism! Wow. As the article says:

New research from Barna Group and the creators of the Alpha course offers some disappointing news regarding the 20-somethings and 30-somethings now on deck to carry on the faith: nearly half (47%) of practicing Christian millennials—churchgoers who consider religion an important part of their lives—believe that evangelism is wrong.

They’re more than twice as likely as their parents and grandparents—Boomers and Elders, respectively—to say that it’s “wrong to share one’s personal beliefs with someone of a different faith in hopes that they will one day share the same faith.”
www.christianitytoday.com/news/2019/february/half-of-millennial-christians-wrong-to-evangelize-barna.html

So do they think they have anything at all to share with their non-Christian neighbours? Well, if they do, they think it can be caught, and not taught. They think they can just live nice lives and that will be enough. Somehow masses of non-Christians will want to embrace Christianity if they are just nice people. The article concludes:

But evangelism remains a sticking point among a 21st-century crowd which sees tent revivals and tracts as a thing of the past. “Evangelism is often presented as an old school, out-of-style idea with little value or relevance in our fast-paced, urban world,” wrote Hannah Gronowski, the founder and director of Generation Distinct, for The Exchange last year.

Younger folks are tempted to believe instead, “if we just live good enough lives, we can forgo the conversation entirely, and people around us will almost magically come to know Jesus through our good actions and selfless character,” she said. “This style of evangelism is becoming more and more prevalent in a culture constantly looking for the fast track and simple fix.”

Um, I don’t think this is exactly what we find in the New Testament. Sure, there is no doubt that our walk must match our talk. Sure, we must live lives that reflect the beauty of the gospel. But nowhere do we find this idea in Scripture that we can just remain silent, and hope that folks will somehow embrace the faith.

Just the opposite. We are specifically told that people will not get saved if they do not hear the gospel proclaimed. As we read in Romans 10:13-15:

Can it get any more plain than that? And in the Great Commission Jesus told us in no uncertain terms just what he expected of his followers: “Therefore go and make disciples of all nations, baptizing them in the name of the Father and of the Son and of the Holy Spirit, and teaching them to obey everything I have commanded you” (Matthew 28:19-20).

And that is NOT going to happen by remaining silent and hoping that by just being nice, people will flock to the faith. The two main problems with that line of thinking should be obvious. One, Jesus was the nicest, most loving and most gracious man to walk the earth. Yet they still crucified him. Just being nice will not cut it.

Two, everywhere the early disciples went, they talked about the gospel, they proclaimed the gospel, they evangelised – with words. Sure, their lives were living epistles of their inner faith, but they NEVER just relied on some sort of silent witness. Wherever they went they used words – they verbally communicated the gospel.

At this point some of you might be thinking of the saying attributed to St. Francis of Assisi in which we are admonished to preach the gospel always, and if necessary, use words. But there are two big problems here. One, it is not even certain that he ever said this, and two, as noted above, it is just NOT biblical.

But I have examined this in much more detail here: billmuehlenberg.com/2011/12/15/if-necessary-use-words/

In Romans 12:2 the Apostle Paul makes it perfectly clear that Christians should NOT allow themselves to be conformed to the world around them. Yet it seems that half of all millennial Christians have done exactly that. They have so bought into the lies and deception of the world, that they refuse to engage in one of the most important and vital duties they have – sharing their faith.

Imagine Christians being so afraid or so unwilling to evangelise. That is just like living amidst a group of starving people, while you have heaps of surplus food. Yet you refuse to share that food with others, for some stupid and worldly reasons such as fear of offending them, or being seen as intolerant, or not being inclusive.

It is time for these carnal, cowardly and clueless Christians to repent and get back to one of the most important jobs all Christians have been tasked with: sharing the good news of Jesus Christ – and with words. People all around us are going to hell, and they desperately need to hear the truths of the gospel.

Israel Folau knows this full well, and so should we. Until the church becomes what it is meant to be, we will be of no use to the world. As Vance Havner once put it, “The first step towards the evangelizing of the world is the  christianizing of the church.”

Or as Martyn Lloyd-Jones rightly said, “There is no better test of our spiritual state and condition than our missionary zeal, our concern for lost souls. That is always the thing that divides people who are just theoretical and intellectual Christians from those who have a living and a vital spiritual life.”

But one more stirring quote, this time from Catherine Booth, cofounder of the Salvation Army, as found in her book, Aggressive Christianity:

People say you must be very careful, very judicious. You must not thrust religion down people’s throats. Then, I say, you will never get it down. What! Am I to wait till an unconverted, godless man wants to be saved before I try to save him? He will never want to be saved till the death-rattle is in his throat. What! Am I to let my unconverted friends and acquaintances drift down quietly to damnation, and never tell them about their souls, until they say, ‘If you please, I want you to preach to me?’ Is this anything like the spirit of early Christianity?

19 Replies to “There Is No ‘Proclamation-Free’ Gospel”