What does biblical Christianity have to say about the issue of transgenderism?

Sadly what should be perfectly obvious is far too often not. For example, it should be obvious to any serious Christian that transgenderism is incompatible with what the Bible says about humanity, and what it says about sexuality. Yet way too many believers are completely confused here, mainly because they latch on to what the world says instead of what the Word says.

Thus they think that if a person is unhappy with his or her natal sex, they can just seek to somehow change it. These rather carnal, clueless and compromised Christians see nothing wrong with this, and even criticise other Christians who say this is a violation of the way God designed us – of our created order. 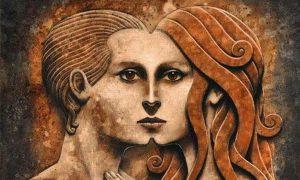 So we need to go back to basics here. We need to look at some foundational passages which speak to us about what it means to be human, and what it means to be made in God’s image. As we do this, we can see that the homosexual and trans agendas are in direct defiance of God’s intentions for mankind regarding human sexuality.

Here are some basic texts found in the book of Genesis:

“Every aspect of who we are carries and reflects that dignity – our minds, our hearts, and our bodies. All are created, and all therefore carry value and are designed to have dignity. This means matter matters. Our bodies matter. Your body is not arbitrary; it is intentional. While you are more than your body, you are not less.”

Denny Burk puts it this way:

The creation norm described in Genesis involves biological complementarity for the purposes of procreation. Hence, God commands the couple, ‘Be fruitful and multiply’ (Gen. 1:28). There is no spectrum here. There is a functioning biological dichotomy between male and female that enables procreation. In other words, what God calls ‘good’ is binary sexual complementarity. This original situation does not present us with a spectrum. Rather, it presents us with sexual dimorphism.

A biblical worldview leads to a positive view of the body. It says that the biological correspondence between male and female is part of the original creation. Sexual differentiation is part of what God pronounced “very good”—morally good—which means it provides a reference point for morality. There is a purpose in the physical structures of our bodies that we are called to respect. A teleological morality creates harmony between biological identity and gender identity. The body/person is an integrated psychosexual unity. Matter does matter.

And as Sam Allberry reminds us, “We’re not being told about this first human couple on the off-chance we’re interested in our ancient family history. No, their story is true for all of humankind. It sets up a pattern that we see repeated in every generation.”

The very words that we find in Genesis are repeated and reaffirmed in the New Testament by Jesus himself:

So the original creation mandate and the biblical blueprint is fully affirmed by Jesus. To seek to argue that God somehow made a mistake with us and we can somehow improve upon his workmanship is not how any Christian should be thinking.

Sure, the Fall has impacted everything, including our physical bodies. All of our relationships are now out of joint: our relationship with God, with others, and with ourselves. Thus in some very rare cases we find someone with an Intersex condition in which a person can be born with ambiguous genitalia. But that quite rare condition is very different from the overwhelming majority of people expressing dissatisfaction with their biological sex.

Intersexuality and transgenderism are apples and oranges. Those who are pushing the gender revolution have an interest in confusing the categories. But intersex conditions do not disprove the sexual binary. This does not nullify or invalidate the scriptural truth that “male and female he created them” because intersex conditions are a deviation from the binary norm, not the establishment of a new norm. To think in biblical language, what we are seeing here is an aspect of creation that has been marred by the fall – a deviation from a norm that reaffirms that norm exists in the first place.

There are not countless sexes – there are only two. This is how God made us to be. As Kevin de Young put it, “If the binary of male and female is God’s idea, and if we are meant to embrace, by divine design, our biological and creational difference as men and women, then it stands to reason that the confusion of these realities would be displeasing to God.”

If people feel uncomfortable with their bodies, they need counselling and help. They do not need radical surgery and the like. As Pearcey says, “Christianity assigns the human body a much richer dignity and value. Humans do not need freedom from the body to discover their true, authentic self. Rather we can celebrate our embodied existence as a good gift from God. Instead of escaping from the body, the goal is to live in harmony with it.”

We must stay with Scripture here, and not with the world’s take on these matters. As Vaughan Roberts writes:

And trying to physically and chemically and surgically change who we are is to harm the human body which is the temple of the Holy Spirit. Branch offers some helpful commentary here:

An important premise that seems to underlie the request for GRS [gender reassignment surgery] is a harsh distinction between the soul and the body, which is inconsistent with Scripture. People requesting GRS are claiming their internal identity is the “real and good me” imprisoned in a “bad” body of the wrong sex. They are saying, “My body is evil, but my soul is good.” But the idea of a “good” soul trapped in an evil body has long been rejected by Christians and is inconsistent with Scripture….

Our sexual identity as male or female is integral to being made in God’s image. If we can learn anything from GRS, perhaps we should learn the degree to which our sexual identity is profoundly related to our bodies. The numerous physical alterations a person must endure to transition points us to the amazing complexity of how our sex is an intricate part of our body. In this light, it seems much wiser to find a way to embrace and care for the body God has given us instead of subjecting it to multiple surgeries….

GRS involves a series of traumatic events to the body, especially the genitals and urinary tract. In GRS, males do not become females and females do not become males; they become mutilated females and males. The autonomous, subjective desire of anticipated pleasure subsequent to GRS does not negate our responsibility to be good stewards of the bodies God has given us.

So those who head down the path of mutilating and damaging their bodies are in direct defiance of the teachings of Jesus and the purposes of God as outlined in the early chapters of Genesis. As mentioned, these people need help for their mental, psychological and emotional problems. But they need no encouragement to deface and distort the image of God as they seek to become those who they cannot.

13 Replies to “Transgenderism, the Bible, and Christianity”