We seem to be in the midst of mass delusion and a wholesale flight from reality.

It is often said by conservatives that liberalism is a mental illness. While mostly spoken in jest, one really does have to wonder if there might be some truth to this. While not wishing to make fun of genuine mental illness, there seems to be no other way to account for the utter madness being pushed by the loony left on a daily basis. 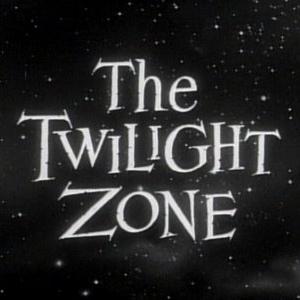 What we now see with the American Democrats in general, and the two dozen presidential candidates in particular, is just one of many examples of this. Their raft of moonbeam proposals and policies are simply frightening to consider. See more detail on this here: billmuehlenberg.com/2019/08/03/the-7-most-idiotic-proposals-by-democrat-contenders/

It seems we have an insanity plague or an insanity virus running amok in the West. All this lunacy seems to be fully contagious. And we have no better example of this than the completely bizarre trans gender bender agenda. It is one thing when we have poor, confused children wondering about their sex, all because activist adults are putting these damaging ideas into their heads.

But here I want to talk about all the adults who are pushing this – and with a straight face. The promoters of the trans ideology are among those who are the most removed from logic, reality and rationality. Their mental meltdown and their flight from reality is just so very scary to encounter.

Consider some more recent examples of this. You really want to laugh – or cry – when you read about these things. You could be forgiven for thinking that every single one of these stories comes straight out of a satire site. I really wish these were just examples of satire, but sadly they are not.

Let’s begin with an Australian politician. The headline is bad enough: “Jenny Leong’s call to ‘destroy the patriarchy’ during abortion debate.” The news item begins:

A Greens MP has raised eyebrows during passionate debate about abortion reform saying not all people who have uteruses are women. Newtown Greens MP Jenny Leong suggested those born female but who identify as men or who don’t identify as women, also have reproductive organs necessary to carry a child. All sides of politics debated long into the night on Tuesday about the bill which would decriminalise abortion in NSW.

Many spoke about their constituent’s views, their religious or cultural views or other reasons for their stance on the bill but Leong said it was the time to deliver a message that could “destroy the patriarchy”. “As it may blow the minds, the narrow minds of some people in this place, there are people who have uteruses that are not women,” she said.
www.dailytelegraph.com.au/news/nsw/jenny-leongs-call-to-destroy-the-patriarchy-during-abortion-debate/news-story/47a25b7350801b890e0ac3f45a10d9aa

OK, so I and at least 99.999999 per cent of all of humanity have “narrow minds” because we actually do not believe that men have uteruses. The only thing more nutty than this MP and her views are the people who actually voted for her into office in the first place.

Example two of the insanity virus in action is related to this, and shows that delusion can quickly become mass delusion. Consider the number of biological women who pretend they are men and then give birth:

Oh dear. No further comment is necessary. My final example has to do with mass lunacy and deception in Australian sport. Two months ago Sport Australia released national guidelines on transgenders in sport. One concerned group discussed the story this way:

Sport Australia has joined with the Australian Human Rights Commission and the Coalition of Major Professional and Participation Sports to establish national guidelines intended to make sports “inclusive” for individuals who identify as transgender or gender diverse.

New guidelines encourage sporting organizations – including coaches, umpires, staff, players, spectators and volunteers – to permit transgender and non-binary athletes to compete against members of the opposite sex, welcome transgender and non-binary athletes into bathroom and shower facilities designated for the opposite sex, place disposal bins for used female hygiene products in male change rooms, convert some or all facilities to “unisex / gender neutral” to accommodate non-binary athletes and provide “non-gendered uniforms” that fit the physique of both sexes.

It is a breach of the guidelines for players to refuse to compete against or participate on a team with transgender and non-binary athletes, fail to affirm their gender with preferred pronouns, say they are in the wrong bathroom or change room, or ask about their bodies.
womenarehuman.com/australia-sets-new-guidelines-to-make-sports-inclusive-for-transgender-gender-diverse-athletes/

Well, it did not take long for mentally deficient but politically correct sporting groups to fully run with this. Consider Cricket Australia. They have avidly embraced this, and of course women and children will suffer massively as a result. As one news story says:

Mums and dads who run suburban and country cricket clubs could be prosecuted under state and federal discrimination laws for failing to allow anyone who identifies as female to play in a women’s team. The warning is contained in a new Cricket Australia transgender policy for community cricket, which also advises local clubs to provide gender-neutral change rooms and adopt gender-neutral pronouns. Cricket Australia entered the fraught debate about gender identity and sport yesterday, releasing separate policies for the inclusion of transgender players in elite and community cricket.
www.theaustralian.com.au/nation/parent-coaches-warned-on-transgender-discrimination/news-story/1acc6d8ce866479c6b405821a4957227?fbclid=IwAR1zw1UDfM7V5Dbm8_vlNqy-Gp2HlJa1nndaHrZ5U2pgHsVq9gdUvjEajqY

Yep, the war on women and children continues – all with the full support and endorsement of our top sporting elites. If that is not an indication of insanity and delusion running unchecked in our culture, I don’t know what is. It is as if almost all of our politicians, bigwigs, eggheads, elites, and leaders have drunk from the same trans Kool-Aid.

They are all contaminated with the same madness. Mass lunacy and mass deception is taking place all around us. It really is utterly shocking and scary to behold. I for one have not imbibed of this mind- and morals-destroying drink, and I never will.

Now more than ever we need people who still have their reason intact, their minds alert, and their conscience untarnished, to stand up against this madness and lunacy. It is spreading as fast as any actual virus can, and there appears to be no end in sight.

Who will stand with me in resisting all this?