Those pushing the trans agenda are pushing falsehoods and harmful delusions:

I always use the example of a road map – or more recently, a GPS. The only worthwhile map or GPS is one that fully corresponds with the real world – or in this case, one that actually corresponds with our roads and our geography. If you are in Melbourne and you want to go to Perth, and your map or GPS tells you to drive due east, it is time to get a new map or GPS. Following those flawed directions will simply result in you and your car being baptised. 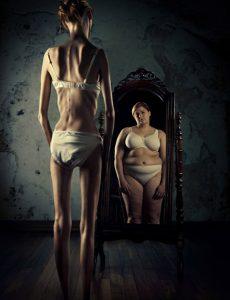 If something is out of whack with reality, then it is not giving you truth. In religious and philosophical circles this is known as the correspondence theory of truth. Yes, there are other theories, but it is not for me to go into all those here. Let me instead just offer a few quotes on this, and then apply it to the world of trans delusion.

In his 2000 book Truth Decay Douglas Groothuis says this:

Propositions are true or false because they make truth claims, stipulations about “what is” and “what is not,” as Aristotle states it. The correspondence view of truth, held by the vast majority of philosophers and theologians throughout history until recently, holds that any statement is true if and only if it corresponds to or agrees with actual reality. The statement, “The desk in my study is brown” is true only if there is in fact, a brown desk in my study. The statement, “There is no brown desk in my study” is then false because it fails to correspond with any objective state of affairs (i.e., to the facts of the matter). As Christian philosopher Nicholas Wolterstorff succinctly states it,

And Christian philosopher Norman Geisler (who sadly passed away recently), says this about the matter:

Truth is what corresponds to its referent. Truth about reality is what corresponds to the way things really are. Truth is “telling it like it is.” This correspondence applies to abstract realities as well as actual ones. There are mathematical truths. There are also truths about ideas. In each case there is a reality, and truth accurately expresses it. Falsehood, then, is what does not correspond. It tells it like it is not, misrepresenting the way things are. The intent behind the statement is irrelevant. If it lacks proper correspondence, it is false.

Many more such definitions could be offered here. But it is time to apply all this to the transgender revolution. Leaving aside the genuine – but exceedingly rare – cases of Intersex, where ambiguous genitalia and the like presents itself at birth, the overwhelming number of trans cases have to do with delusion – of believing a lie.

These cases have to do with denying who you are – either male or female – and pretending you are in fact the opposite sex. This is an open and shut case of something NOT corresponding to reality. The exact opposite is going on: reality, as well as biology, are both being denied.

Folks in this state have mental and psychological problems that must be addressed. Offering them help and counsel would be the loving thing to do. Going along with their delusional thinking and agreeing to the dangerous and high-risk paths they are seeking is NOT being loving.

Cutting off perfectly healthy bits of the body and the like is not being compassionate – it is abusive. If it is a child wanting to go down this road, then for adults to go along with this is actual child abuse. And that should be illegal. There are so many walking wounded kids right now who have allowed adults to brainwash them about these things.

And now so many of them are living in regret. They are now seeking to detransition. They want out. But of course now it is too late, with so much that was done to them being irreversible. Entire websites now exist dedicated to those who regret their transition. Here is just one for example: sexchangeregret.com/

To see just how horrible and appalling it is to push these ideas into the heads of our young people, and to encourage them to actually seek to change their sex (something which CANNOT be done), consider an illustration that I and others often use:

Consider those who are struggling with anorexia. They are fully convinced that they are fat, and they are obsessed with losing weight. But they are not overweight of course. If we simply go along with their delusions and say, “Yes of course dear, you certainly need to lose more weight,” we are not helping them. In fact, they will likely die if we give them that lousy sort of advice. Catering to their delusions and the falsehoods that they believe will only be harmful for them.

Helping people means telling them the truth. We harm ourselves and others when we believe lies. And the entire trans revolution is built on believing a number of lies. In the past good medicine – for body and soul – meant getting us to adhere to reality.

If a person is dying of cancer, a good doctor will NOT go along with any delusions he may entertain, or any lies he may cling to, that there is no cancer in his body. The first step to helping such a person is to get them to agree with truth – to agree with reality.

It is the same here. How in the world can we help anyone struggling in these areas if we agree to let them lie to themselves, and worse yet, if we lie to them as well? Falsehoods only harm us. A brand-new article on all this is just the thing to quote from at this point.

The new piece by Ryan Anderson and Robert George is entitled “Physical Interventions on the Bodies of Children to ‘Affirm’ their ‘Gender Identity’ Violate Sound Medical Ethics and Should be Prohibited”. Here is part of it:

It should go without saying that merely because someone identifies as something doesn’t necessarily mean that he or she is that thing. Some aspects of reality are determined by how someone identifies, but many aspects of reality are quite independent of our chosen identities. So, sometimes identifying as something—a Red Sox fan, for example—makes you that thing. But often it does not. Rachel Dolezal’s “identifying” as African-American didn’t make her African-American. When she claimed to be African-American, she was saying something that wasn’t true—something that didn’t correspond to reality—no matter her self-identification. Similarly, identifying as female or “as a woman” does not make a male a female or a man a woman—such an “identity” doesn’t correspond to reality. What makes someone a woman (or a man) is being a human being (and, as such, a certain type of organism) who is organized for sexual reproduction in a certain way. And so medical professionals who seek to “affirm” people in a “gender identity” at odds with reality set themselves about a misguided purpose.

That’s not all. Not only are some medical professionals affirming falsehoods, they are mutilating bodies in the process. So they are deploying bad means (mutilation) in the service of bad ends (affirming falsehoods). Administering high doses of estrogen to a man who rejects his male reality for some alternative identity (whether as a woman, non-binary, gender-ambidextrous, etc.), or administering high doses of testosterone to a woman who rejects her female reality for some alternative identity (whether as a man, non-binary, etc.), or removing reproductive organs and using plastic surgery to create parts or appendages that resemble those of the opposite sex (or neither, or both), mutilates the body in an effort to reinforce false beliefs at odds with reality. This is a misdirection of the medical profession, a violation of sound medical ethics.

Things only get worse when it comes to prepubescent and adolescent children. Whatever one may think about the ethics of medical professionals’ “transitioning” adults, everyone should be able to agree that adults should not interfere with the natural, healthy development of the bodies and minds of children. Children must be provided with the time and space to develop to maturity. To tell a child that he or she is of the opposite sex (or both, or neither—something underwritten today by standard children’s “gender” books), or to encourage a child’s mistaken belief that he is something other than a boy, or she something other than a girl (however sensitively one may, and should, be handling such a situation), is deeply unjust to that child. To intervene in a child’s physical development, to block the child from going through normal puberty—all in an attempt to “affirm” a “gender identity” that rejects bodily reality—is profoundly unethical.

Adults should not interfere with the natural development of a child’s body to alter its appearance based on ideology. Yet that is precisely what many medical associations now advocate. They prescribe a four-part treatment protocol starting in early childhood for “transgender and gender diverse” children: social transition, puberty blockers, cross-sex hormones, and surgery. www.thepublicdiscourse.com/2019/12/58839/

The authors conclude with these words:

Prudent legislation is needed to prevent adults from interfering with a child’s normal, natural bodily development. “Gender affirmation” procedures violate sound medical ethics. It is profoundly unethical to intervene in the normal physical development of a child as part of “affirming” a “gender identity” at odds with bodily sex. While puberty-blocking drugs may be an appropriate treatment for precocious puberty—the early onset of puberty—in order to delay puberty to a biologically appropriate age, that is not what is going on here. The use of puberty blockers to delay or permanently block natural biological puberty is unethical and violates the rights of children to bodily integrity. Administering cross-sex hormones to minors, in an attempt to make their bodies cosmetically resemble those of the opposite sex or of their preferred “gender identity,” is likewise a violation of sound ethical norms and the rights of minors. Surgically removing genitals or secondary sex characteristics in an effort to “affirm” a “gender identity”—as done to those thirteen-year-old girls who underwent double-mastectomies in taxpayer-funded “research”—is particularly heinous. Governments should prohibit this misuse of medical technology and protect children from these harms.

Exactly. Health care workers, politicians, leaders, opinion makers and other movers and shakers should be doing right by our children here, and that means running with the truth instead of peddling falsehoods. Morality and truth are closely tied together.

To be ethical we must be truthful. Current trans policies and agendas are neither.

6 Replies to “The Trans Celebration of Lies and Delusion”