So let’s save the planet by killing everyone:

My title might have some of you asking, ‘A bit of hyperbole Bill?’ I wish it were, but sadly this is exactly the case for many folks today. So obsessed are they with climate alarmism that they are convinced that the real problem is people – you and me.

Not only are many folks now refusing to have children of their own, but some are seriously calling for the end of humanity – I kid you not. And when hyper-alarmism as in the form of young Ms Greta T comes along, all this gets even worse. Countless children for example are living in terror – “climate anxiety” as it is called – because of the “Greta effect.” 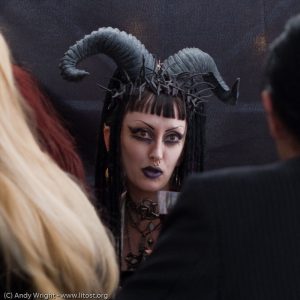 But let me introduce you to some actual climate crazies who have become ardent evangelists for anti-natalism. They see humans as a curse and want no more of them. ‘Away with humanity!’ One article from last year offers this description:

The basic tenet of anti-natalism is simple but, for most of us, profoundly counterintuitive: that life, even under the best of circumstances, is not a gift or a miracle, but rather a harm and an imposition. According to this logic, the question of whether to have a child is not just a personal choice but an ethical one – and the correct answer is always no….

The notion that having children may be a bad idea seems to be gaining mainstream popularity. But when we hear about it, it’s most often in the context of the climate crisis: activists are worried about bringing children into a world threatened by rising seas, mass displacement and other calamities. Anti-natalists, however, believe that procreation has always been and always will be wrong because of life’s inevitable suffering. What is similar about both anti-natalists and climate activists is they are seeing an increase in attention due to general pessimism about the state of the world, giving both more opportunities to gain support. www.theguardian.com/world/2019/nov/14/anti-natalists-childfree-population-climate-change

And we have real live human beings who are the ugly face of this anti-human crusade. Many can be mentioned, but let me offer two of them here for your inspection. Consider American activist Les Knight. He says this in a recent newspaper article:

Fifty years ago, I concluded that the best thing for the planet would be a peaceful phase-out of human existence. We’re causing the extinction of hundreds of thousands of other species. With us gone, I believe ecosystems will be restored and there will be enough of everything. No more fighting over resources. The idea wasn’t as well received as I had hoped.

My journey to advocating for voluntary human extinction began at school. I was born in the post-war baby boom in a small desert town in Oregon, in the US. There were more new students than the elementary school could cope with, so classes overflowed into churches. In my fourth year, we were taught in the county library; people checked out books as we learned. High school was the same: the cafeteria had to be converted into classrooms. There just weren’t enough resources – a situation that remains the same as we boomers enter our final decades.

After an involuntary stint in the army, I read Paul Ehrlich’s book Population Bomb, which argued that overpopulation would lead to food shortages and famine, and soon joined a movement called Zero Population Growth. Their slogan was Stop at Two, but it didn’t take much maths to work out that this would take too long. We were already overpopulated at 3.7 billion: instead of stopping at two children, we needed to stop at once….

I was a deep ecologist at first, caring more about our impact on the ecosphere than human needs. I’ve become more concerned about any new humans being brought into existence. Procreation today is the moral equivalent of selling berths on a sinking ship.

It’s true that society would be greatly diminished without children, but it isn’t right to create them just because we like having them around. People worry that we won’t have enough workers to support pensioners, but economic systems are artificial and can be adjusted. We don’t need to breed more wage slaves to prop up an obsolete system. If we go extinct, other species will have a chance to recover. I’ll never see the day when there are no humans on the planet, but I can imagine what a magnificent world it would be – provided we go soon enough. www.theguardian.com/lifeandstyle/2020/jan/10/i-campaign-for-the-extinction-of-the-human-race-les-knight

Another article says this about the guy:

‘In the last year, I’ve seen more and more articles about people choosing to remain child-free or to not add more to their existing family than ever. I’ve been collecting these stories and last year was just a groundswell of articles, and, in addition, there have been articles about human extinction, almost all of them… saying that we need to avoid that – as if it’s a bad thing.’

When Knight went to get his vasectomy at aged 25, he relayed in an email that the doctor was quite reluctant to do the procedure. ‘I see you don’t have any children,’ the doctor said. ‘No, thank God,’ Knight replied. As an atheist, Knight meant to thank his lucky stars, but he said: ‘I just don’t want kids.’ ‘You know it’s permanent,’ the doctor said. ‘That’s the best part.’ www.dailymail.co.uk/news/article-6599207/The-worldwide-crusade-people-choose-humanity-die-save-planet.html

Hmm, no surprises here about his atheism. There has long been a tendency for those who hate God to hate people – the ones made in God’s image. As we were told 3000 years ago, “All those who hate me [God] love death” (Proverbs 8:36).

Therefore it is no surprise that my second case in point is also someone who is clearly anti-God and anti-human. I refer to Cambridge professor Patricia McCormack, who has just released a new book calling for the end of all human life: The Ahuman Manifesto.

Simply reading some of the nutter endorsements of the book tells us all we need to know:

“Patricia MacCormack goes relentessly beyond “just” deconstructing anthropocentrism and dismantling multispecies extinction caused by human dominance in the Anthropocene. The manifesto is not only theorizing, but com/passionately calling for direct abolitionist action for the other at the expense of the (human) self. Trembling with joyful energy and critically affirmative insights, this manifesto encourages us to engage in ahuman arts&activist practices, inspired by queer feminist (secular) spirituality, and death activism.” — Nina Lykke, Professor of Gender Studies, Linköping University, Sweden

“This beautiful book is both a passionate, insightful meditation on the world we actually live in, and a radical call to action. Is it even possible for us to stop being human, to let multiple beings flourish without reducing them to means for our own selfish ends? Reading this book, thinking with it and about it, and responding openly to it, is absolutely essential.” — Steven Shaviro, DeRoy Professor of English, Wayne State University, USA

A beautiful book about death activism?! Good grief, these folks are stark raving lunatics. One article offers her take on the book:

“The basic premise of the book is that we’re in the age of the Anthropocene, humanity has caused mass problems and one of them is creating this hierarchal world where white, male, heterosexual and able-bodied people are succeeding, and people of different races, genders, sexualities and those with disabilities are struggling to get that.

“This is where the idea of dismantling identity politics comes in – they deserve rights not because of what they are, but because they are. The book also argues that we need to dismantle religion, and other overriding powers like the church of capitalism or the cult of self, as it makes people act upon enforced rules rather than respond thoughtfully to the situations in front of them.”

The central argument in The Ahuman Manifesto can be boiled down to this: mankind is already enslaved to the point of “zombiedom” by capitalism, and because of the damage this has caused, phasing out reproduction is the only way to repair the damage done to the world. www.cambridge-news.co.uk/news/cambridge-news/cambridge-professor-thinks-should-human-17684215

Another article says this about her:

MacCormack admits to being an “occultist magician.” She has actually given lectures—often in a get-up that is either supposed to be emulating a witch and bearing an eerie resemblance to the costumes we see frequently at Drag Queen Storytime—on the “invocation” or “convocation” of demons, which she says is an important feminist or queer practice. Invoking demons, she says, is not entirely risk-free, because “madness is as likely as ecstasy.” She says all of this entirely unironically. www.lifesitenews.com/blogs/feminist-prof-who-practices-occult-calls-for-human-extinction-to-save-planet

Probably the only other thing as alarming as folks like this taking themselves seriously is all the other folks who are taking them so seriously. We have come to the end of civilisation as we know it when obvious fruit loops like this are put on a pedestal with their diabolical ideas being celebrated, championed and promoted.

The logical outcome of misotheistic secular humanism is always rampant anti-humanism. Indeed, the most barbaric acts against humans are usually done in the name of humanity – and now, in the name of saving the planet. This website has documented plenty of examples of this.

Some human-haters, like the Nazis, wanted to eliminate entire classes of people, such as the Jews. Other groups, like the abortion zealots, want to see millions of babies slaughtered. But these loons are equal opportunity offenders: they want to see everyone wiped out. To which the obvious question must be raised here: ‘So when are you guys going to start leading by example?’

All this is exactly as G. K. Chesterton once noted: “The secularists have not wrecked divine things; but the secularists have wrecked secular things, if that is any comfort to them. The Titans did not scale heaven; but they laid waste the world.”

14 Replies to “We Love the Planet, But We Hate People”