We live in interesting times with the American election year upon us:

Let me preface this piece by making the following explanation. Some of you here or on the social media may have noticed that I have been running with numerous American political posts of late – even more so now because of the November US Presidential election coming up.

There are always some folks who may not like all this focus on America, and who may hope for less of that sort of writing from me. But let me offer a few reasons why I am doing this. I do such posts for various reasons, including these: 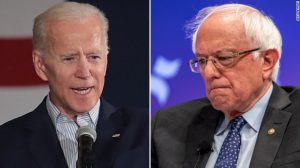 –I am an American citizen so it is of course sensible for me to be interested in America, including its politics.
–I have heaps of American and international friends and readers – not just Australian ones – coming to this site and to my social media pages.
–What happens in America certainly tends to impact the rest of the world, so we all should take an interest here. We all should be concerned about the most influential nation in the world – for good or ill.
–This is the internet age, making us all global citizens with instant access to global events. So we dare not hide in insulated and isolated cocoons, pretending that the rest of the world does not exist.
–Christians of all people should be global citizens, concerned about the whole world, not just their own parochial interests.

For these and other reasons I will continue to regularly write about politics, and especially write about American politics. This might bore some people or put some people off, but that may be their problem. Politics IS important. As two important thinkers said some 2500 years ago:

“If you do not take an interest in the affairs of your government, then you are doomed to live under the rule of fools.” (Plato)

And one more prefatory remark before proceeding. Things are changing daily in the US Presidential race, especially among the Democrats, so some of this may be out of date in the days ahead. For example, I woke up this morning learning about Elizabeth Warren dropping out of the pack.

Of course this was expected, and things will continue to change in the near future. But let me offer a bit of commentary on the current state of play, nonetheless. Not all that long ago there were around 25 Democrats vying to get the Party nomination for the chance to run against Trump in November.

Now there are just three of them. More on these three in a moment. But how quickly this field has narrowed down. Who now remembers much of anything that folks like O’Rourke or Harris or Booker or Williamson or Buttigieg said? Sure, many of them are rather young, and many will likely try running again in four years. And it is certainly possible that one of them will get the nod to be the running mate as the Vice President. Time will tell.

But we are left with three. The truth is, everyone is wondering why Tulsi Gabbard is still hanging in there. She has been at the bottom of the barrow, and she registered barely a blip on Super Tuesday. The 38-year-old from Hawaii is intelligent and likeable and is a major in the Hawaii Army National Guard.

Of the three left – and even of most of the original 25 – she has been the least leftist in various ways, and often the most sensible and moderate. Sure, she supports various leftist Democrat causes, such as Medicare for all, but she has been willing to go on the conservative Fox network and often attack various loony Democrat policies.

She is going nowhere fast, and by the time I post this she may have already dropped out. But at the very least, we can pray for her. I sometimes wonder if she might not make a better Republican – especially if she dumps a few of her more leftist policies and beliefs.

I must say, I do enjoy sitting back and watching the Democrats self-destruct. It is kinda fun watching them implode. It is time to get some popcorn, sit back and enjoy the show. It is so nice of the Dems to give these gifts to Trump. Sure, the two old rich white guys will give Trump a run for his money in November.

As the American educational system continues to go downhill, we will have more and more clueless young people who know nothing about politics, about economics, about history, and about reality. So plenty of young voters may well gravitate toward someone like Bernie. After all, look at all the free stuff he is promising! In any contest, Santa Claus always polls well.

But as I say, it is still early days. We still have four months until we get to the Democratic National Convention in Milwaukee on July 13-16. A whole lot can change before then. And don’t be shocked if the desperate Dems try to pull off a surprise, such as maybe parachuting into the race some old faves to shake things up, such as Michelle Obama or Hillary Clinton. Stranger things have happened

And even if we just have these two old guys, it will still likely be a tight race, and there could well be fireworks at the Convention. But as I say, it is kinda nice to sit back and watch all this play out. It is quite different from four years ago. Then we were finishing up with eight disastrous years of Obama, and we had lots of Republican challengers who were going at each other tooth and nail.

They too had a large field to choose from, including the outsider candidate Trump. At the time I strongly preferred someone like Ted Cruz, a Christian and consistent constitutional conservative. But the voters – and perhaps God – had other ideas at the time.

And now the shoe is on the other foot. The Democratic establishment is terrified of Bernie, but knows that Biden is an appallingly bad candidate. Thus I will enjoy watching how all this unfolds in the coming weeks and months. So stay tuned for many more articles on the American political scene.

If you dislike reading about both America and politics, you may need to tune back into this site in a year or so! And even then I will likely still be writing about such things.

10 Replies to “On the US Democrat Nominees”