A close look at corona numbers can be quite shocking:

It is important that we keep asking hard questions about the COVID-19 crisis, including the various figures being tossed around. Let me start by offering the latest corona numbers, according to one site I have been regularly using. We have these figures currently, but by the time you read this the numbers will have changed: 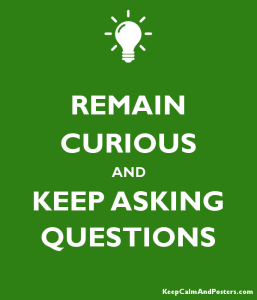 The old saying about “lies, damned lies and statistics” seems to come into play with the corona crisis. Numbers have been all over the place. At the very least, we simply are left with all kinds of rubbery figures and possible numbers. We can only guess about a lot of things here. Let me go into some detail on this.

First there is the fact that no one knows how many actual cases of corona-infected people there are in the world. And that for several reasons. The great majority of mankind has not been tested of course. So we can only guestimate the total number of cases based on those who have been tested.

Sure, we often get our numbers from guestimates and small sample sizes. When a poll says 75 per cent of Americans believe in X, they have not asked 75 per cent of all Americans. The pollsters simply took a small but hopefully representative sample, and extrapolated from that.

Some Australian officials have bragged about having the best and most complete testing in the world. This is not quite true. Australia has had almost 13,000 people tested per million. But Iceland has had 96,000 per million; Luxembourg has had 44,000; Norway has had 22,000, and Switzerland has had almost 21,000. But we are still doing pretty well nonetheless in terms of testing.

And bear in mind that countless people may have very mild symptoms or no symptoms at all while still having corona. If they have not been tested, then they are not included in the stats concerning confirmed cases. That will skew the percentages of deaths per infections.

For example, if a country has 1000 confirmed cases, and 100 people have died from it, then we can say that 10 per cent have died from corona thus far (yes, there can be a week or two lag time between the two). But if the actual number of people who have it are 5000, then the percentage of those who have died falls to just 2 per cent.

Consider just one headline: “Only 6% of coronavirus cases actually being detected, claims chilling study”. The article begins: “If German researchers are correct that worldwide cases have been ‘dramatically understated’ due to insufficient testing, as many as 25 million people could have Covid-19.” www.dailystar.co.uk/news/world-news/only-6-coronavirus-cases-actually-21837041

The truth is, predictive modelling about deaths can be rather risky and open-ended. There are just so many variables, and often not enough hard data. That – along with too much scaremongering and gloom and doomism – has led to initial figures being so very high. And so many of these high figures are now being scaled way back.

I have already mentioned in another article one alarmist who actually told me that based on the numbers we might end up with a million dead Australians because of corona. Um, right now we have 52 dead. More on that in a moment. And in America the experts keep bringing down their guestimates. At one point they were claiming deaths could be around 2.2 million. Now they are speaking of around 60,000 Americans dying of corona. That is a big difference in numbers.

And the actual number of those who have died from corona is also another big unknown. Accurate figures on those who have died from COVID-19 will likely never be truly known for several reasons. As already mentioned, countless people may have the virus but they have not been tested for it. The numbers we have are for confirmed cases, not all cases. So at least the percentage of deaths due to corona will not be fully known.

Many folks who have died have been listed as those who died FROM corona, when they may have only died WITH corona. We are speaking about comorbidity here. As one online site puts it: “In medicine, comorbidity is the presence of one or more additional conditions co-occurring with (that is, concomitant or concurrent with) a primary condition; in the countable sense of the term, a comorbidity (plural comorbidities) is each additional condition.”

If we count corona deaths only of those who die from it, we will have much lower numbers than if we count those who died with various underlying conditions and not just corona. In Italy for example it has been stated that 99% of those said to have died from corona had other illnesses that contributed to their deaths. www.bloomberg.com/news/articles/2020-03-18/99-of-those-who-died-from-virus-had-other-illness-italy-says

Another article puts it this way:

According to Prof Walter Ricciardi, scientific adviser to Italy’s minister of health, the country’s mortality rate is far higher due to demographics – the nation has the second oldest population worldwide – and the manner in which hospitals record deaths.

“The age of our patients in hospitals is substantially older – the median is 67, while in China it was 46,” Prof Ricciardi says. “So essentially the age distribution of our patients is squeezed to an older age and this is substantial in increasing the lethality.” … “The way in which we code deaths in our country is very generous in the sense that all the people who die in hospitals with the coronavirus are deemed to be dying of the coronavirus.” www.telegraph.co.uk/global-health/science-and-disease/have-many-coronavirus-patients-died-italy/

Many countries are involved in a rather misleading use of statistics when it comes to corona-related deaths. In the US the CDC (Center for Disease Control and Prevention) guidelines are contributing to this. As one report says, “Issued March 24, the guidance tells hospitals to list COVID-19 as a cause of death regardless of whether or not there’s actual testing to confirm that’s the case. Instead, even if the coronavirus was just a contributing factor or if it’s ‘assumed to have caused or contributed to death,’ it can be listed as the primary cause.” www.westernjournal.com/cdc-tells-hospitals-list-covid-cause-death-even-just-assuming-contributed/

A leading public face of official government policy during this health crisis has said the same:

The federal government is classifying the deaths of patients infected with the coronavirus as COVID-19 deaths, regardless of any underlying health issues that could have contributed to the loss of someone’s life. Dr. Deborah Birx, the response coordinator for the White House coronavirus task force, said the federal government is continuing to count the suspected COVID-19 deaths, despite other nations doing the opposite.

“There are other countries that if you had a pre-existing condition, and let’s say the virus caused you to go to the ICU [intensive care unit] and then have a heart or kidney problem,” she said during a Tuesday news briefing at the White House. “Some countries are recording that as a heart issue or a kidney issue and not a COVID-19 death. “The intent is … if someone dies with COVID-19 we are counting that,” she added. www.foxnews.com/politics/birx-says-government-is-classifying-all-deaths-of-patients-with-coronavirus-as-covid-19-deaths-regardless-of-cause

American states are also doing this:

Dr. Scott Jensen, a Minnesota physician and Republican state senator said he received a 7-page document coaching him to fill out death certificates with a COVID-19 diagnosis without a lab test to confirm the patient actually had the virus.

“Last Friday I received a 7-page document that told me if I had an 86-year-old patient that had pneumonia but was never tested for COVID-19 but some time after she came down with pneumonia we learned that she had been exposed to her son who had no symptoms but later on was identified with COVID-19, then it would be appropriate to diagnose on the death certificate COVID-19,” Dr. Scott Jensen said. Dr. Jensen explained that this is not a normal procedure.
www.teaparty.org/huge-mn-senator-and-dr-reveals-hhs-document-coached-him-on-how-to-overcount-covid-19-cases-with-copy-of-document-video-435106/

All this has led some to speak of the government lying to us about the statistics. I believe they are on to something here. See for example this piece: www.americanthinker.com/articles/2020/04/the_cdc_confesses_to_lying_about_covid19_death_numbers.html

Because of such over-the-top modelling and predictions, and such fudging of the figures and fearmongering, we now have the problem of empty hospitals. Consider just two stories on this. One headline says it all: “Army field hospital for Covid-19 surge leaves Seattle after 9 days. It never saw a patient”. www.kuow.org/stories/washington-state-to-return-centurylink-field-hospital-to-feds

And another article has this as a headline: “‘Why Have We Shut Down The Country?’ Ex-New York Times Reporter Challenges The Dire Coronavirus Models”. Alex Berenson, former New York Times reporter, has examined the Institute of Health Metrics and Evaluation model on the spread of the crisis and projected deaths:

“Aside from New York, nationally there’s been no health system crisis. In fact, to be truly correct, there has been a health system crisis, but the crisis is that the hospitals are empty,” he said on Fox. “This is true in Florida where the lockdown was late, this is true in southern California where the lockdown was early, it’s true in Oklahoma where there is no statewide lockdown. There doesn’t seem to be any correlation between the lockdown and whether or not the epidemic has spread wide and fast.” www.dailywire.com/news/why-have-we-shut-down-the-country-ex-new-york-times-reporter-challenges-the-dire-coronavirus-models

Let me finish with the figures from Australia. Right now we have 6152 confirmed cases and 52 deaths. Of these deaths, 12 are from the Ruby Princess cruise ship – a case mishandled by the government big time – and 6 are from the Dorothy Henderson Lodge at Macquarie Park in Sydney.

Simply looking at the various charts featured here shows that we may not even reach 10,000 cases, and deaths should be well under 200: www.worldometers.info/coronavirus/country/australia/

And just by way of comparison, consider this: Australia has 25 million people. Each year around 90,000 abortions take place, or around 247 per day. Thus every 5 hours there are as many people killed by abortion as there have been because of corona over the past few months. Let that sink in.

The point of all this should be clear: COVID-19 is a genuine problem, but so is fearmongering, the manipulation of figures, government overreactions, and destroyed economies. When the cure is so much worse than the disease, we all need to keep asking very hard questions here.

Simply acting as servile sheeple is a dereliction of our responsibility as citizens to keep our government in check and hold our leaders to account.

12 Replies to “Corona, the Numbers, and Some Hard Questions”