In an age of public controversy, here is a truth you can take to the bank: the more controversial some matter is, the more likely that reason, logic and facts will decline while emotion, anger and hate will ramp up. It happens all the time. It takes some effort to make intelligent and coherent argument, based on facts and evidence. But it is easy-peasy to just start emoting and hating on others. 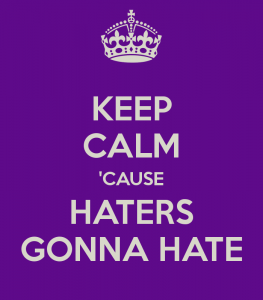 No wonder the latter is so predominant. And I know all about this. With over 5000 articles on my site (many of them controversial to say the least), and a rather large social media presence, I know all about the dearth of reasoning and the rise of emoting. I encounter this just about every day.

Countless examples could be mentioned here, but just one will suffice. The other day I penned an article which for many folks was seen as controversial. I wrote on the George Pell High Court decision. You can read it here: billmuehlenberg.com/2020/04/07/the-pell-decision/

But all hell broke out as any number of emoters and haters came out to attack me, revile me and let me know I was clearly a child of the devil. I noticed that basically all of these hot-headed critics did not offer one argument, one fact, or one piece of reasoning. It was all just an emotional outburst and a knee-jerk reaction.

So let me again state a few basic facts concerning this ruling:

-The decision was 7-0. If it were, say, 4-3, then some questions might remain. But this was a unanimous judgment.

-This does not mean that the court has said there is no such thing as child sexual abuse, or that it does not take place.

-This does not mean that the church – like any other institution in society – does not have some problems with child abuse.

-All abuse – wherever it is found – is deplorable and must be opposed, but looking for someone – anyone – to be a scapegoat is equally wrong. This is just compounding problems and making things worse.

-Over the years Pell has fought the “gay mafia” in the church and stood against abuse. When he was the Archbishop of Melbourne he set up the “Melbourne Response” protocol in 1996 to investigate and deal with child sexual abuse complaints in the archdiocese. It was the first such protocol of its kind in the world.

But don’t let the facts stand in the way of a good hate session. The haters are gonna hate. But let me try to break this hatred down into a few categories.

Types of haters (of Pell and Catholicism)

One. Those who hate child abuse. This is the only legitimate reason for anger. Yes, I too hate child abuse – we all should. But that should not blind us to justice. A mere accusation of abuse does not mean that abuse has in fact occurred. That is why we have courts of law to help adjudicate such claims, and to seek to establish their truth or falsehood.

Finding a scapegoat to take your anger out on helps no one. We should all hate actual cases of abuse, but not imagined cases or unproven and unsubstantiated cases. If we want to go back to backyard justice with lynch mobs bypassing the legal system, then we are just as bad as the abusers.

Two. Secular lefties and atheists who hate religion and hate Catholicism. This of course is to be expected. These misotheists and Christophobes are always going after Christians, especially those who are very much in the public eye. They have been at the forefront of this witch-hunt, and of course not one of them so far has apologised for their false accusations.

And neither has the Victorian criminal justice system, nor the police, nor the media, nor the main one to engage in this trial by media: the ABC. Not one of these groups has offered any sort of apology that I am aware of. They doggedly pursued him, and now that he has been vindicated, these groups are silent. Shame.

Three. Protestants who hate Catholicism. It is not just angry atheists and the like who hate on Catholics. Sadly many Protestants can as well. But let me make a few things clear here: I am a Protestant, and I have major theological differences with my Catholic friends. But I know many of them, work with many of them, and am happy to align myself with them, at least as co-belligerents in the culture wars.

Sure, there are Catholics who hate on Protestants as well. But there is just too much Catholic-bashing by some Protestants. They can be no better than the angry atheists when they claim that Pell must be guilty because he is a Catholic priest, and they all must be guilty.

Four. Conspiracy theorist who hate everyone – or at least suspect everyone. This last group is of course as ubiquitous as they are impervious to reason. Indeed, you simply cannot argue or reason with them. Their minds are shut like a trap, and they have simply bought all the nutty stuff found on every loony video out there.

They are certain that everyone plus their uncle is in on these conspiracies. And if you dare to suggest that they might need to get a grip and not be so reckless with their accusations, they will have one instant retort: “Aha, that proves it: you are part of the conspiracy as well! You are part of the monolithic coverup!” There can be no discussion with these folks and no reasoning. So it is not worth trying.

But as I say, the haters are gonna hate. All I can do is try to offer these folks one last plea: Just imagine that you were charged with child abuse, although you never did it. Imagine being dragged through the courts, but finally you are cleared of all charges.

What would you think about those who said about you and the case: “I don’t care what the court said. I don’t care about the evidence. I KNOW that he is guilty and that is the end of the matter!” So just how would you feel if that was you?

11 Replies to “As Reason Declines, Hysteria and Hate Expand”