Multiculturalism and identity politics are destroying societies, not helping them:

Also in America we have this horrific story:

Black Trump supporter Bernell Trammell was murdered on Thursday afternoon in broad daylight in Milwaukee, Wisconsin just hours after giving an interview in which he urged his fellow African Americans to vote for President Donald Trump in the November election. Hours later Trammell, who was known in his community as a respected and peaceful man with no enemies, was gunned down “execution style” in front of his store. The shooting occurred in front of Trammell’s business, which is called Express Publications and is covered in signs, including most prominently signs saying “Vote Donald Trump 2020,” and “Re-Elect Trump 2020.” newspunch.com/black-community-elder-shot-to-death-execution-style-hours-after-pro-trump-interview/ 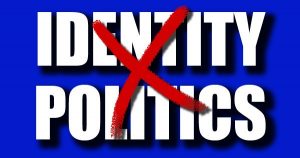 It seems clear that these are both hate crimes – cases of politically motivated murder. Yet the mainstream media refuses to call this out. It seems things are only newsworthy when a white kills a black, or when someone from some other identity politics group is targeted, such as a homosexual.

We of course have many examples of identity politics spinning out of control, and of the related issue of failed multiculturalism. Recounting such sad examples could fill this and many more articles. But I want to look at a few voices of sanity on this.

But here I want to highlight one important thinker who we must all be aware of. British Rabbi and moral philosopher Jonathan Sacks has long been speaking out on these matters. Back in 2007 for example he penned the vital book, The Home We Build Together: Recreating Society. A few years later I quoted from an article based on the book:

Multiculturalism has run its course, and it is time to move on. It was a fine, even noble idea in its time. It was designed to make ethnic and religious minorities feel more at home, more appreciated and respected, and therefore better able to mesh with the larger society. It affirmed their culture. It gave dignity to difference. And in many ways it achieved its aims. Britain is a more open, diverse, energising, cosmopolitan environment than it was when I was growing up.

But there has been a price to pay, and it grows year by year. Multiculturalism has led not to integration but to segregation. It has allowed groups to live separately, with no incentive to integrate and every incentive not to. It was intended to promote tolerance. Instead the result has been, in countries where it has been tried, societies are more abrasive, fractured and intolerant than they once were.

Liberal democracy is in danger. Britain is becoming a place where free speech is at risk, non-political institutions are becoming politicised, and a combination of political correctness and ethnic-religious separatism is eroding the graciousness of civil society.

In a 2011 article he discussed how “Having pride in Britain protects all cultures.” The piece began: “David Cameron was right to say that multiculturalism has failed, echoing similar statements by Nicolas Sarkozy and Angela Merkel. It was undertaken for the highest of motives. It was intended to create a more tolerant society, one in which everyone, regardless of colour, creed or culture, felt at home. Its effect has been precisely the opposite.”

And in an important speech delivered that year he said this:

Multiculturalism is part of the wider European phenomenon of moral relativism, a doctrine that became influential as a response to the Holocaust. It was argued that taking a stand on moral issues was a sign of an ‘authoritarian personality’. Moral judgment was seen as the first step down the road to fanaticism. But moral relativism is the deathknell of a civilization. In a relativist culture, there is no moral consensus, only a clash of conflicting views in which the loudest voice wins.

That is where we are today. The extremists command attention and capture the headlines, and they become the role models for the young. Since there is no national identity to claim their allegiance, there is no contest. Hence the phenomenon, widespread throughout Europe today but rare in the past, that the children of immigrants are more hostile to the host society than their parents were, and feel themselves more alien to its values. billmuehlenberg.com/2011/02/13/the-death-of-multiculturalism/

In his brand-new book, Morality (Hodder & Stoughton, 2020), he continues this theme. In Chapter 9 on “Identity Politics” he speaks further to the matter of multiculturalism. Let me close out this article by speaking to what is found there. He says this:

“Identity was not a key word in the public conversation until the 1950s, when the work of psychologist Erik Erikson brought it into prominence. The phrase ‘identity politics’ is more recent still, dating back no earlier than the 1980s. Yet it has come to be seen as one of the key dimensions of contemporary politics in the West.”

He notes how religion was for most of human history the “deepest and most tenacious” form of identity. But the Enlightenment project changed all that, and three secular substitutes for religion arose: nation, race and class. He then says this:

While this was happening at an intellectual level, another development was taking place at a political level in Europe and the United States: multiculturalism. This was a response on the part of governments to the demographic changes in Europe and America brought about by a rise in levels of immigration. I have written elsewhere about why I believe that multiculturalism, embarked on for the highest of motives, was a disastrous policy, misconceived and profoundly damaging to the social fabric of every society into which it was introduced. Intended to promote the integration of minority ethnic and religious groups into the wider society, instead it led to segregation. Meant to promote tolerance, it has given rise to new and dire forms of intolerance. It turned society from a home into a hotel, in which each group has its room but where there is little if any sense of collective belonging.

Identity politics deepens the fragmentation caused by multiculturalism, adding to it not just culture and ethnicity but also other forms of identity based on gender and sexual orientation. There is a real danger here of the splitting of society into self-segregating, non-communicating ghettoes. One of its axioms is that ‘Only a member of my group can understand my pain.’ This is the very opposite of Terence’s dictum ‘I think nothing human alien to me.’ Over three hundred years the West has, with some success, developed an ethic of tolerance and respect for difference, and in a liberal society the prejudice and discrimination that undoubtedly still exist are to be fought wherever they occur. But that is precisely incompatible with an identity politics that builds walls around minorities, allowing no one else to enter, and at the same time insists on recognition from the wider society.

He closes the chapter with these words: “Identity politics is a symptom of the breakdown of national identities and the institutions of civil society. Lose the moral basis of society and you will then have what Hobbes described as ‘the general inclination of all mankind, a perpetual and restless desire of power after power, that ceaseth only in death’. That is no place for the collective grace of a free society.”

If you are interested in learning about how Sacks proposes that we deal with this and other problems discussed in this incisive volume, you are advised to grab a copy of it and read it for yourself. But I can offer the very last words of the book to give you some indication of his thoughts:

There is nothing inevitable about the division, fragmentation, extremism, isolation, the economics of inequality or the politics of anger that have been the mood of Britain and America in recent years. They have been the legacy of the misplaced belief that societies can function without a moral bond. They cannot, or at least not for long. That is why we are where we are.

And it begins with us.