Here are some reflections on the year so far in light of corona and government responses:

Without question we have two major takeaways from 2020 and the corona crisis. First, if a group of dictators wanted to know how easy it would be to take total control of a population and take away their freedoms, well, I think we now know. They would be smacking their lips simply by looking at what has happened in so many places – especially Victoria. 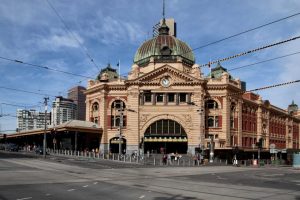 Second, and just as bad, the sheeple are so consumed with fear and paralysed by panic-porn that they are more than happy to be fully controlled, locked down, lied to, and led by the nose. These rulers who are drunk on power can see how readily the masses have fully submitted to their power grab. Um, we saw this very thing happening in Germany last century – have we learned nothing from history?

Every day it becomes more and more clear to me that the corona alarmists – just like the climate alarmists – run overwhelmingly on fear and emotion, and not on factual and logical thought. You simply cannot discuss things with them, because their surrender to panic and fear means they are immune to rationality.

Plenty of them – including plenty who claim to be Christians – have decided that they want nothing to do with me anymore, all because I dare to ask questions, think independently, and seek to hold our governments to account. I have had many corona alarmists emoting angrily, chewing me out, and turning away from me. So sad.

Nowhere else in the world do we have such destructive and over-the-top lockdown measures – nowhere! Even those countries with FAR more virus cases are not locked down like Victoria is, and for this long. Our Premier is so addicted to power and control that he has no intention of letting things go.

And he keeps lying to the Victorian people, saying there is no other choice but more destructive lockdowns. Baloney. Over 500 Victorian doctors have said that there is a much better way forward, and that his ‘cure’ is far worse than the disease. www.skynews.com.au/details/_6188159219001

Even experts from WHO are now telling us that the Andrews’ plan is no plan at all – it simply cannot and will not work:

An adviser to the World Health Organisation says the Andrews government roadmap out of coronavirus lockdowns for Victoria is “unworkable”. Premier Daniel Andrews’ plan did not see significant changes to restrictions until the end of October and had a target for zero cases for 14 days by the end of November. Professor Mary-Louise McLaws said at least 20 per cent of cases were asymptomatic meaning a risk for community spread was always present. Ms McLaws called for a strict contact tracing policy and adopt a strategy that was preemptive rather than reactionary.

State Opposition leader Michael O’Brien criticised the Premier’s plan arguing he had other options. “You’ve got epidemiologists in Victoria saying they don’t support the modelling he’s based this on,” Mr O’Brien said. “The economic devastation of this… it’s going to be something that’s generational.” Meanwhile, Prime Minister Scott Morrison expressed his strongest criticism yet of the Andrews government calling for the Premier to step up to bear more of the financial burden for the decisions he’s making. www.skynews.com.au/details/_6188565906001?fbclid=IwAR2PWre5Wc5elenteEy_aLoG52R_lIA57KkNNOhKdORBG_jD0wNsejtdl_M

Have you ever noticed that most of the folks who claim that things are just peachy in Victoria, and who say that some of us Victorians are ‘overreacting’ to this state-enforced internment camp do not live in Victoria? Indeed, those who are slavishly defending Andrews and his draconian lockdown measures to the death fall into several camps.

They do not live in Victoria; they are card-carrying Labor supporters and Labor party hacks; or they are in the public sector enjoying the good life on the public purse (our tax dollars), with guaranteed incomes for life, while hundreds of thousands of private sector workers and businesses are going bust and will never recover.

Don’t get me started about all the so-called Christian leaders who love to talk about living in faith and victory, yet seem to be trembling in terror over Covid, bowing down to whatever the all-knowing State tells them. Yeah, gotta love the great faith they have!

They are bound by fear and panic just as much as any non-believer is, but they lecture and attack those of us who dare to ask hard questions and stand against growing Statism. I have even had some of them so fearful that they have attacked us for thinking freedom and human rights are actually important right now and worth championing.

While many church leaders have spoken against all the church shutdowns and restrictions in the US, I have not heard one major Australian Christian leader speaking out about this. That is a real worry. Back in April I wrote an entire article on this issue: billmuehlenberg.com/2020/04/01/closing-churches-during-the-corona-crises/

As one American Christian put it:

By opening back up, the pastors and congregants of Grace Community are doing what they must—not only as patriotic Americans, but as Christians. They are living out their belief that the true threat to humanity is not a virus, but the eternal agony of separation from God. “Do not be afraid of those who kill the body but cannot kill the soul,” said Jesus to his apostles. “Rather, be afraid of the One who can destroy both soul and body in hell” (Matthew 10). With the true courage of their convictions, the people of Grace are acting as if their Lord meant what he said.

I cannot fathom why more pastors have not done the same. True, some passages in the Bible instruct Christians to “submit…for the Lord’s sake to every human institution” (1 Peter 2:13). But note the qualifier, “for the Lord’s sake”—it is ultimately to God, and to him alone, that we must submit. That is why the earliest Christians earned themselves a reputation for civil disobedience: In ancient Thessalonica, it was said of them, “They are all defying Caesar’s decrees, saying that there is another king, one called Jesus” (Acts 17:7).

As Americans, we are guaranteed by our Constitution the freedom to meet and worship as we choose. As Christians, we are bound to a law higher even than that 18th-century parchment—we are bound to serve another king, one called Jesus. I dearly hope more American pastors will rise to this extraordinary occasion, and defy the unjust decrees of our modern-day Caesars. www.newsweek.com/american-pastors-where-are-you-opinion-1529011

And as but one example of this: “More than 12,000 people of all races and backgrounds gathered in the sweltering heat to worship Jesus Christ at the state capitol building in Sacramento, California. The Christians did so in defiance of Governor Gavin Newsom, the Democrat governor responsible for shutting down many churches across the state.” www.toddstarnes.com/faith/more-than-12000-christians-defy-governor-worship-at-california-capitol/

I keep hearing horror stories of people suiciding all because of Dead-End Dan and his No-Hope Plan. Yet he and his zealous supporters and the corona alarmists do not seem to give a rip about this. It seems that for so many of these folks, including our Premier, only some lives matter.

I’ve got news for these guys: if they want to stay locked up in their homes for the rest of their lives to feel ‘safe’ they can go right ahead. I have zero problems with that. But I have had enough of their sanctimonious claptrap about how those of us who dare to question these lockdown measures are somehow the selfish bad guys.

They need to understand that life is NEVER fully safe – it is always about trade-offs. Taking sensible steps in a crisis is one thing – succumbing to alarmism that shuts down entire states, destroys entire economies, and causes far more deaths from suicide and the like is quite another.

And guess what? Every single day for thousands of years people in their 80s and 90s have died. We never held daily press conferences to inform us about such deaths. Enough of this government’s panic and hysteria being rammed down our throats. This is more about using the pretext of a health emergency to silence criticism of the government than it is about proper medicine and science.

If we make it through 2020 – and that is a moot point – the year will be mostly remembered for all the wrong reasons. And if we want to know what full-blown tyranny will look like, we need look no further than at the dress rehearsal of 2020. I for one am mortified by what I have seen take place. Couple that with a basic understanding of history, and things are looking very bleak indeed.

21 Replies to “Clear Lessons and Random Thoughts On 2020”