Yes Christians are called to speak truth to power:

I realise that those who use the phrase found in my title are often those of the left – including the religious left and the social justice warriors. But it should be something all concerned Christians can run with. That is, instead of just using it to refer to the usual leftist objects of attack (the West, capitalism, the police, corporations, etc) we should understand that it can rightly be used to challenge all sorts of wrongful leaders and tyrannical powers. 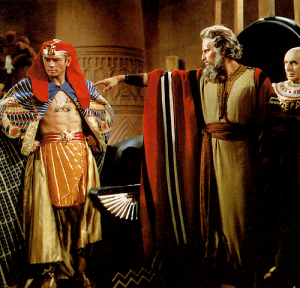 I will soon offer plenty of biblical texts on this. But it must be pointed out that in highlighting this we can disabuse ourselves of a lot of faulty and false thinking that so many Christians have clung onto in this regard. Too many clueless and unbiblical Christians for example claim that we must fully submit to the State and never under any circumstance disobey it or challenge it.

Or they will claim that Christians should not be involved in politics altogether. They say we are wasting time when we point out injustice and immorality in our leaders and in our governments, and we should just forget about this, and stick to ‘preaching the gospel’.

Or they will argue that Christians have no right to “judge” anyone else, and we should not be calling out others – especially those outside of the church. At best, they will claim we can maybe challenge the sins of fellow believers, but never anyone in the secular world.

Anyone with even a modicum of biblical knowledge will realise that these claims – and others like them – are completely wrong, and there is no biblical basis for them. Indeed, we find biblical truth always being applied to the issues of the day – be they political or economic or cultural or social. And we see that God’s people have always stood up and challenged, rebuked and called to account arrogant leaders, sinful sovereigns, wicked governments, and unrighteous rulers.

Throughout Scripture we find this happening time and time again. Be they secular or religious rulers, godly saints have always stood up to them, speaking truth to power. They were not shy about letting the truth of God and the light of his Word shine into the dark places of government, of leadership, of politics, and of powerbrokers. Let me offer just some of them here along with the biblical details associated with each one:

-Moses to Pharaoh – Exodus 4:21-23 And the Lord said to Moses, “When you go back to Egypt, see that you do before Pharaoh all the miracles that I have put in your power. But I will harden his heart, so that he will not let the people go. Then you shall say to Pharaoh, ‘Thus says the Lord, Israel is my firstborn son, and I say to you, “Let my son go that he may serve me.” If you refuse to let him go, behold, I will kill your firstborn son.’”

-Samuel to King Saul – 1 Samuel 13:13-14 And Samuel said to Saul, “You have done foolishly. You have not kept the command of the Lord your God, with which he commanded you. For then the Lord would have established your kingdom over Israel forever. But now your kingdom shall not continue. The Lord has sought out a man after his own heart, and the Lord has commanded him to be prince over his people, because you have not kept what the Lord commanded you.”

-Elijah to Ahab – 1 Kings 18:17-18 When Ahab saw Elijah, Ahab said to him, “Is it you, you troubler of Israel?” And he answered, “I have not troubled Israel, but you have, and your father’s house, because you have abandoned the commandments of the Lord and followed the Baals.

-Jehu to King Jehoshaphat – 2 Chronicles 19:1-2 Jehoshaphat the king of Judah returned in safety to his house in Jerusalem. But Jehu the son of Hanani the seer went out to meet him and said to King Jehoshaphat, “Should you help the wicked and love those who hate the Lord? Because of this, wrath has gone out against you from the Lord.

-Daniel to King Nebuchadnezzar – Daniel 4:27 Therefore, Your Majesty, be pleased to accept my advice: Renounce your sins by doing what is right, and your wickedness by being kind to the oppressed. It may be that then your prosperity will continue.”

-Jonah to Nineveh – Jonah 1:1-2 The word of the Lord came to Jonah son of Amittai: “Go to the great city of Nineveh and preach against it, because its wickedness has come up before me.”

-John the Baptist to Herod – Matthew 14:1-4 At that time Herod the tetrarch heard about the fame of Jesus, and he said to his servants, “This is John the Baptist. He has been raised from the dead; that is why these miraculous powers are at work in him.” For Herod had seized John and bound him and put him in prison for the sake of Herodias, his brother Philip’s wife, because John had been saying to him, “It is not lawful for you to have her.”

-Jesus to the Pharisees – Matthew 23:29-31 Woe to you, scribes and Pharisees, hypocrites! For you build the tombs of the prophets and decorate the monuments of the righteous….

-Jesus to Pilate – John 19:10-11 So Pilate said to him, “You will not speak to me? Do you not know that I have authority to release you and authority to crucify you?” Jesus answered him, “You would have no authority over me at all unless it had been given you from above. Therefore he who delivered me over to you has the greater sin.”

-Peter to Simon the wizard – Acts 8:20-22 But Peter said to him, “May your silver perish with you, because you thought you could obtain the gift of God with money! You have neither part nor lot in this matter, for your heart is not right before God. Repent, therefore, of this wickedness of yours, and pray to the Lord that, if possible, the intent of your heart may be forgiven you.

-Paul to Elymas the magician – Acts 13:8-11 But Elymas the magician (for that is the meaning of his name) opposed them, seeking to turn the proconsul away from the faith. But Saul, who was also called Paul, filled with the Holy Spirit, looked intently at him and said, “You son of the devil, you enemy of all righteousness, full of all deceit and villainy, will you not stop making crooked the straight paths of the Lord? And now, behold, the hand of the Lord is upon you, and you will be blind and unable to see the sun for a time.” Immediately mist and darkness fell upon him, and he went about seeking people to lead him by the hand.

-Paul to Ananias the high priest – Acts 23:3 Then Paul said to him, “God is going to strike you, you whitewashed wall! Are you sitting to judge me according to the law, and yet contrary to the law you order me to be struck?”

-Paul to Peter – Galatians 2:11-14 But when Cephas came to Antioch, I opposed him to his face, because he stood condemned. For before certain men came from James, he was eating with the Gentiles; but when they came he drew back and separated himself, fearing the circumcision party.  And the rest of the Jews acted hypocritically along with him, so that even Barnabas was led astray by their hypocrisy. But when I saw that their conduct was not in step with the truth of the gospel, I said to Cephas before them all, “If you, though a Jew, live like a Gentile and not like a Jew, how can you force the Gentiles to live like Jews?”

There is no shortage of how this might be applied. The above examples show conclusively that the people of God can and should speak up. And of course church history is also full of examples of this, be it an Athanasius speaking against heretical religious leaders, a Wilberforce speaking against the powers that be and the slave trade, or a Bonhoeffer speaking against the might of the Nazi machine.

11 Replies to “Speaking Truth To Power”