We need to recall and reaffirm these core principles to stop the radical leftist juggernaut:

Call it what you will – socialism, progressivism, the radical left – but the forces seeking to undermine and ultimately destroy the West are ever at work. Overseas for example we have the Democratic Party now fully captured by the hardcore secular left, absolutely beholden to revolutionary groups such as BLM and Antifa. 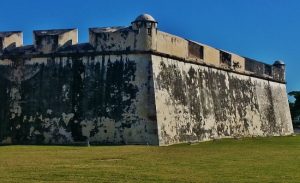 And in places like Victoria we have the ruling members of the Socialist Left faction of the Labor Party causing untold damage and devastation, seen most recently in its completely incompetent and disastrous handling of the corona crisis. All throughout the West we see these forces of corruption, destruction and revolution fully at work.

In particular, there are three key tenets found in the Judeo-Christian worldview which are fundamentally and unequivocally opposed to the basic tenets of the socialist vision. While others can be mentioned, these three basic principles are sufficient to show the utter incompatibility between the two worldviews.

God, not the state, is supreme

First and foremost is the basic understanding that the One True God alone is worthy of our full obedience and worship. The State is never to take the place of God, exalting itself above all else and everyone else. Indeed, bear in mind the first collective attempt of man warring against God – something that God took instant action against.

I refer to the Tower of Babel situation in which mere humans thought they could band together, create a superstate, and rebel against their Creator. That did not end up very well. We find this theme occurring throughout the Old Testament, but it certainly ramps up in the New.

Christ, not Caesar, is Lord. That is one massive message proclaimed throughout the Gospels and the rest of the Bible. Yet the radical leftists do in fact worship the State, and they do seek to have a handful of elites lord it over all the rest of us. They are all about power and control. But things are different in God’s kingdom. As I just again read today in Matthew 20:25-28:

But Jesus called them to him and said, “You know that the rulers of the Gentiles lord it over them, and their great ones exercise authority over them. It shall not be so among you. But whoever would be great among you must be your servant, and whoever would be first among you must be your slave, even as the Son of Man came not to be served but to serve, and to give his life as a ransom for many.”

Christianity is about servanthood; communism is about mastery and control. Biblical Christians seek to serve others, while the all-powerful State seeks to enslave all others. In seeking such total control, it seeks to be deified. But this is something God will never stand by and tolerate for long.

For more on these truths, see this piece: billmuehlenberg.com/2020/05/15/the-state-is-not-absolute/

A second major impediment to the socialist agenda is the radical differences each side takes to issue of private property. Under socialism this is of course one of the great evils, and it all must be relinquished to the State. The theory of course is that everyone owns everything, but the reality is far, far different. In every known attempt at socialism, a small group of powerful overlords own whatever they want, while the masses live in want and in poverty.

While the abolition of all private property is at the heart of the socialist agenda, biblical Christianity takes a much different view. Indeed, two of the Ten Commandments clearly speak against this notion. The Eighth Commandment speaks against theft (Exodus 20:15; Deuteronomy 5:19) and the Tenth warns against covetousness (Exodus 20:17; Deuteronomy 5:21). They of course presuppose and fully rest upon the notion of private ownership of possessions.

Plenty of other basic biblical themes support this. The various commands not to remove boundary markers are one bit of evidence (see for example Proverbs 15:25; 22:28; 23:10). And talk of everyone sitting under his own fig tree and his own vineyard – including in the future state – also indicates this (see passages such as Isaiah 65:21; Micah 4:4; and Zechariah 3:10).

Christians are called to be charitable with what they own. The gift of giving obviously depends upon people actually owning things. Christian work – be it evangelism or medical missions or what have you – can only be supported if Christians have something to give to it in the first place.

When the State owns everything, then a handful of rulers decide where money and resources will go and what projects will be financed. Having private ownership puts a check on the overreach of the State – having nothing your own makes the State absolute and fully tyrannical.

Further details on this can be found here: billmuehlenberg.com/2016/05/30/bible-private-property/

The final notion essential to the biblical worldview is that of personal responsibility. Everyone is morally responsible, and everyone is morally accountable. We all must give an account of the lives we lived, and there will be no passing of the buck. When Adam and Eve first sinned, we saw that attempt for Adam to blame Eve. That did not wash then, and it still does not.

Yet in the socialist world where the State is everything, it seems that no one takes responsibility for anything. And if blame is to go around, there is always some nameless bureaucrat somewhere that can be the fall guy. The tyrants at the top are never responsible for anything.

In fact, we are seeing this played out right now, with the worst government ever in Victorian history playing these same games. Over a dozen top-level apparatchiks and head honchos, including the Premier himself, were called to give evidence at a public inquiry on the hotel quarantine debacle that directly led to 20,000 corona cases and 800 deaths.

But every single one of these leaders – top politicians, bureaucrats, and MPS – said they had no clue what happened or how it happened. Every one of them! They all had collective amnesia, and could not recall anything. That was exactly the line Dan Andrews took yesterday.

So today to get some heat off himself he threw the health minister under the bus. She has now resigned. But the truth is, the buck stops with Andrews. He is directly responsible for this horrific stuff-up. In fact, as he said in early August “I’m accountable for any mistakes, and all mistakes, that are made. I have never shirked that responsibility.”

So he should be the first to resign – along with many others. But he keeps shifting responsibility, keeps blaming others – including the Victorian people – and keeps trying to weasel his way out of things. He has thrown every single Victorian under the bus, and he needs to go – NOW.

But being humble, accountable and accepting responsibility is the Judeo-Christian way of doing things. It is not how the secular left operates. They never own up to anything, and always find others to blame, and always find scapegoats as their sacrificial lambs.

For more on the matter of moral accountability, see this article: billmuehlenberg.com/2018/01/18/death-right-wrong-abandoning-moral-categories/

Here then are three main aspects to the Judeo-Christian worldview which directly and forcibly stand against the major emphasis of the socialist left. Others could be mentioned. But what is needed now is a remembering and a reaffirmation of some of these key Christian concepts as the push by the progressives continues to flatten everything in its path.

Unless we recall and restore these major biblical truths, we will all be losers in the long run. Let me finish by noting the words of another concerned Christian. Eddie Hyatt has just recently penned a similar sort of piece to this one, and what he says about America is fully applicable to what we find in Australia:

Psalm 33:12a says, “Blessed is the nation whose God is the Lord.” The Democratic Party’s move toward Marxism/socialism and its rejection of the God of the Bible should deeply concern every American, for they are following in the path of so many failed, totalitarian movements of history.

The greatest threat to their vision for America is a Christian awakening wherein the masses renew their faith in God. When that happens, people are set free from dependence on government. Their faith is now in God, and they want government to merely protect them in their quest for those God-given, Constitutional rights of “life, liberty and the pursuit of happiness.”

Let us, therefore, ask God to visit this nation once again with another Great Awakening. God has sent such awakenings again and again in our history at times of great national crisis. I am convinced that He is ready to do it again. old.charismamag.com/life/culture/46641-why-christianity-poses-a-major-threat-to-the-marxist-vision-for-america

13 Replies to “3 Biblical Bulwarks Against the Socialist Agenda”