As usual, all the lefty trendies have come out en masse, protesting over the bloodshed and deaths in Iraq. They are demanding Obama’s head on a platter over his failed policies there. Mass demonstrations all over the West are taking place, with the peace and justice crowd showing their red hot anger over Obama. Oh wait….

I guess I missed that. In fact, there have been crickets chirping. They are not holding massive demos anywhere. You see, Obama is at the helm. So they can’t make a stink when the messiah is still occupying the White House. He of course can do no wrong.

But it is getting a bit harder to keep blaming Bush for everything – including this morning’s burnt toast. After all, Obama has been POTUS for six years now. So that is why the streets are empty. Once again we see the selective moral outrage of the lunar left on display here. 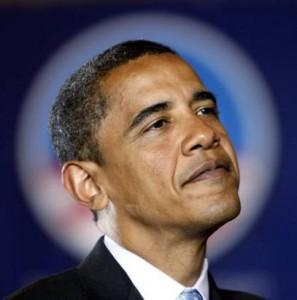 In the meantime we have Obama taking out the dhimmi of the year award – or maybe the dunce of the decade award. Remember his incredible words? “We’re leaving behind a sovereign, stable and self-reliant Iraq.” Of course a few years before that we had David “Dhimmi” Cameron telling us this:

“If we are going to build that strong, vibrant and inclusive society, we need… many more Muslim men and women at the top of British businesses. Many more Muslim soldiers in the highest level of command. And, of course, more Muslims in our parliament. So there’s not just one Muslim in the cabinet, and one in the shadow cabinet, but British Muslims all across government in positions of leadership and authority.”

So the dhimmi dupes have handed us a disaster of epic proportions here, and the usual lefty rent-a-crowds are silent. Why are we not surprised? And since much of the lamestream media is also silent here, it once again falls to the alternative media to get a bit of sense and truth out on these matters.

So let me offer snippets of some recent pieces of commentary, which provide plenty of hard-headed realism in a world where that is very much in short supply. These writers point out how the current disaster in Iraq can directly be traceable to the failed policies of the Democrats and Obama.

Robert Tracinski has written a perceptive piece entitled “Obama’s Wish-Fulfilling Prophecy in Iraq”. He introduces his discussion this way:

Democrats predicted that the war in Iraq was unwinnable, Harry Reid said it was already lost, and Senator Obama declared that President Bush’s “surge” wouldn’t work. And now here we are in 2014, and by golly it looks as if they were right: Iraq is a total disaster. An al-Qaeda splinter group, the Islamic State of Iraq and Syria, overran Fallujah months ago and just knocked over Mosul and Tikrit, reportedly executing hundreds in the street and sending half a million Iraqis fleeing for their lives. They’re on a path that will take them straight into Baghdad, if there is no one to stop them. And the Iraqi army is in disarray.
So were the Democrats right? Was Iraq a lost cause, inevitably, all along? There’s one big problem with this narrative: Iraq has fallen apart on President Obama’s watch, as a consequence of his own policy of willful neglect. I would say that this was a self-fulfilling prophecy, but that doesn’t quite seem to cover it. Instead, I would characterize this as a wish-fulfilling prophecy. If Iraq is falling to al-Qaeda, it’s because this administration deliberately chose to throw away the victory handed to them by George W. Bush. The left thought we should have lost the war in Iraq, they wanted us to lose it—and finally they’re getting the outcome they wanted.

President Obama is shaping Iraq on the model of his Syria policy: letting it turn into an endless battle between two gangs of theocrats: the Sunni al-Qaeda gang versus the Shiite Iranian gang. That’s his vision of the Middle East: a cauldron of competing Islamist terror gangs. In purely humanitarian terms, this is a catastrophe. The administration is callously condemning tens of millions of people in the Middle East to poverty, terror, murder, torture, and starvation. And all for what? To flip a big middle finger to George W. Bush?
It’s also a disaster for our interests. In Obama’s Middle East, terror is the coin of the realm, power goes to the most brutal and fanatical, and the whole region becomes one giant live-fire training camp for jihadists from around the globe. I fear we’re going to be paying for this disaster for a long, long time. Only one thing could be worse. The Middle East could become a cauldron of nuclear-armed Islamist factions. That comes next, when Iran decides to push for a bomb and the Sunni Gulf states decide it’s time to match them. All of this looks like a geopolitical nightmare for us, though it might well achieve another key administration goal: jacking up the price of gasoline to the $8 per gallon that Energy Secretary Steven Chu once named as his target.
Chalk this down to politics, with Obama wanting to focus on domestic issues and avoid any of the entanglements of foreign policy—though he hasn’t been very successful at either of those goals. Chalk it down to crass partisanship, with Democrats giving off the sense that don’t want any American victory if it’s tainted by association with George W. Bush.

And all of this makes perfect sense when we consider the Obama administration. This is the most pro-Islamic POTUS ever. So what he is doing in Iraq and the Middle East makes perfect sense from his point of view. The only thing more incredulous than his policies is the fact that Americans twice voted this failure into office.

Larry Pickering also minces no words when he looks at the tragedy which has been Obama and his foreign policy:

The cause of the current Middle East powder keg is Obama. He created it! He prematurely withdrew his forces for electoral reasons and now he needs to drone-bomb the very people he has armed. They also intend to kill Syria’s Assad. Good luck with that too!
The ISIS realises just how vulnerable Iraq is now that the Americans have “restructured” its government and armed forces. It is so weak that, when confronted by the ISIS, they showed their innate Islamic cowardice, dropped their guns and ran, leaving their American tanks and materiel for the enemy… despite the fact that they outnumber the ISIS invaders forty to one. Will President Obama’s makeshift Afghanistan government be any different after he withdraws forces there too? Of course not, the Taliban will take over and enforce its Barbaric Sharia law with even greater fervour.

And he reminds us about Obama’s record of dhimmitude and capitulation here:

Just look at what this Obama bloke has done!
1. He has defied Congress and the Constitution and sent arms to the Al Queda backed Syrian rebels via the CIA, hoping to kill another strong man, Al-Assad. Those same Al Queda offshoot extremists are supported by hundreds of Islamic Australians who have travelled there to fight in a dirty internal war. It’s the perennial Sunni against Shia, and Iraq’s Kurds in the north look on for a piece of the pie.
2. Obama has created a humanitarian crisis of over a million refugees who are pouring on to Europe’s doorstep, Turkey. Just imagine the horrific result if Damascus fell and Assad with it. At least Putin has imagined it and is trying to stabilise the situation despite Obama’s determination to further destabilise it.
3. Obama is releasing Gitmo terrorists and feting army deserters.
4. Obama bent his knee and bowed his head to the Saudi King and his rotten family of crooks who are arming the ISIS right now.
5. Obama has alienated the only democratic country the West has as an ally, that pinprick of donated territory called Israel.
6. Obama encouraged Egypt’s Muslim Brotherhood to overthrow its strong man Egyptian President Hosni Mubarak, the only autocratic symbol of stability in the Middle East. To Obama’s delight Egypt’s very first election saw the Brotherhood’s Morsi installed as its first elected President. To assist the original founders of terrorism, the Muslim Brotherhood, the Obama Administration ensured them another $1.3 billion shipment of state-of-the-art weaponry. The Brotherhood lasted only months before it was overthrown, marginalising even moderate Islamists. Christian Churches now continue to be burnt down while the new President, Abdel Fattah el-Sisi, looks on.
7. Obama refuses to use the terms “terrorism” and “Islam” in the same sentence.
8. Obama promoted the building of a mosque adjacent to the destroyed World Trade Centre.
9. Obama’s State Department found that, “Islam and terrorism are not linked.”
10. Obama if not an Islamist, is an apologist for Islam. Islamic terrorism has mushroomed under his watch. On his left hand he has worn a gold ring since he was a teenager. Michelle took it and slipped it on his ring finger when they were married. On it is an Arabic hieroglyphic that says, “There is no god except Allah.”

And this guy is the leader of the free world! Heaven help us all. And before all the whacko lefties start jumping all over me for being a war monger and so on, let me remind them of a few simple facts: Just where did I say here we should start invading anyone?

I have simply said that because of Obama’s utter incompetence, if not dereliction of duty, this bloodbath is now unfolding in Iraq, and it is a tragedy of tremendous proportions. I am neither a pacifist nor a neo-isolationist, so I certainly think in principle that the use of force by the West is morally justified on occasion, especially to halt aggression, stop destabilising rogue states, and to prevent the slaughter of the innocents.

Of course I am not a military strategist nor an army leader. The best way to deal with this horrific situation is far from clear. What is more clear is how the wretched policies of Obama have made this situation so very desperate and intolerable. And it may well get even exponentially worse.