I happen to be in New Zealand now, and it just happens to be the bicentenary of its Christian beginnings. That story will be outlined shortly, but the sad thing is to see the contrasts with then and now. While New Zealand has had lengthy periods of a vibrant Christian faith, today the country seems as much of a secular stronghold as most other Western nations. 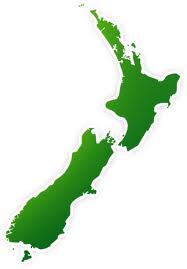 If one indication of how the faith is in decline while secularism is on the rise is the legalisation of homosexual marriage, then New Zealand is even worse than Australia. Last year New Zealand went down that path, while Australia has thus far held firm.

But of course there are other indicators of the spiritual health of a nation. Radical secular leftism seems to predominate in this nation, with other problematic trends, such as anti-smacking laws, becoming the norm. Some conservative groups and think tanks exist, but their influence seems to be minimal.

Just a few short decades ago I was impressed with numerous powerful and influential Christian leaders, pastors, politicians and teachers from New Zealand who often had dynamic international ministries. There seem to be very few such folks today. Perhaps this is a reflection of steadily dwindling numbers. Only around half of the nation’s population claims to be Christian today.

Twenty years ago it was around 64 per cent, and it was around 75 per cent in 1991. Nations can rise and decline spiritually speaking, and that certainly seems to be the case with New Zealand. Thus the great gains of the past two centuries now seem to be fading quickly. Therefore it is important to recall the past, in the hopes of redirecting the course of the future.

The story of Christianity in New Zealand begins with the work of Anglican missionary Samuel Marsden. One discussion of the 200-year history says this in part:

Samuel Marsden was Anglican chaplain in the colony of New South Wales. Alongside his ministerial responsibilities, Marsden was a very successful farmer developing his land holding at Parramatta. He also gained a dubious reputation for his harshness as a magistrate. An Evangelical, Marsden was sympathetic towards the early pioneering missionary work in the Pacific undertaken by the inter-denominational London Missionary Society (LMS). He became the LMS agent in Sydney. He also developed friendly relationships with some of the first M?ori visitors to Australia. These included Te Pahi (?-1810), the Ng?puhi leader who met Marsden in 1805.
While Marsden was on leave in England in 1808 he approached the Church Missionary Society (CMS) about the possibility of them beginning missionary work in New Zealand. The CMS was a voluntary Anglican missionary society established in 1799 to encourage and support evangelistic outreach around the world. The Society was strongly supported by leading lay Evangelical humanitarians such as William Wilberforce and others who were in working for the abolition of the slave trade and slavery….
In 1814 Marsden gained approval from the New South Wales Governor, Lachlan Macquarie, to open up contact with New Zealand. Marsden bought his own ship, the Active. William Hall and Thomas Kendall were despatched on an exploratory voyage to discover whether it was possible to inaugurate a mission. During their time in New Zealand they read prayers on board ship, sometimes in the presence of M?ori. They were welcomed by Ruatara and other chiefs and developed a favourable impression of the local people.

This was the beginning of the spread of the gospel in New Zealand. The faith grew and expanded rapidly, and eventually the majority of the population was Christian. But as noted, the faith is in real decline today. Unless things change radically, this Christian decline will simply continue.

I am only here for a few days, and in just one spot, so I cannot get a full feel of the condition of Christianity in this country. But it is clear that heaven-sent revival is desperately needed to turn around the decline. It is hoped that this is being earnestly sought and prayed for by the churches here.

I have been in this country a number of times previously. To see so many impressive spiritual gains so quickly lost is frightening indeed. God have mercy on this land. But I look forward to some feedback here by New Zealand Christians.