So Tony Abbott has dumped plans to change the Racial Discrimination Act, particularly section 18C. His pre-election pledge to strengthen freedom of speech by altering the restrictive legislation now seems to be a no-goer. And it seems appeasing minority groups is the main reason for doing so.

The desire to keep Muslims onside, and to get their votes, seems to have been part of the motivation for this abrupt turnaround. As one news report put it, “As recently as Monday night, Senator Brandis had defended his legislation on television. But, less than 24 hours later, Senator Brandis opened the discussion at the cabinet table. The Prime Minister’s view was that the overwhelmingly negative feedback about the changes, combined with the proposed anti-terror laws, meant the government could no longer keep Muslims offside.” 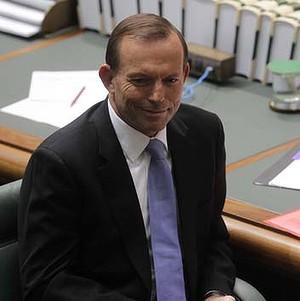 This is bizarre on so many levels. So freedom of speech is being sacrificed in order to get a few votes? Why does he assume Muslims are interested in supporting the Libs anyway? And sorry, but there simply are not that many Muslims in Australia.

Why try to appease such a tiny minority group? There are far more Australians concerned about how we are losing our freedom of speech, so why not try to keep those folks onside? One really has to wonder how our politicians can be so far off the planet at times.

I am not alone in my concerns. A number of voices have been raised since this about-face, expressing similar concerns. James Allan for example makes the same case in his recent article:

So now we know. When given the choice between trying to honour its pre-election commitment to free speech in this country, or caving in to the special pleading lobby groups opposed to free speech, the government opted for the latter. Never mind that Section 18C of the hate speech laws impose a wholly unjustified curtailment on what you and I and the Andrew Bolts of the world can say. Never mind that similar legislation was repealed in Canada last year, the most politically correct place on earth. Canadian Prime Minister Harper stared down the many lobby groups with a vested interest in this kind of hate speech legislation. Our Attorney-General, George Brandis, and Prime Minister Tony Abbott did not.
Apparently it was not worth the fight. Not enough votes in it, they must have reckoned. Of course that sort of calculation depends on the people who want this hate speech legislation kept in place voting for the Coalition because it succumbed to them. Good luck with that.
It depends too on there being a lot of MPs in electorates where there will be more votes for them in caving in than there would be for proceeding on principle. I’m sceptical. Heck, the government did not even put their repeal proposals to the Senate. I know the government is calculating that people like me will vote for the Coalition anyway, come the next election, that, like the government itself, we don’t really care about free speech. Otherwise it would at least have introduced its bill, passed it through the House and made the Senate block it. But some Coalition MPs obviously did not want to be in this position.
Yet, there are no hate speech laws of any sort in the US and the various Jewish, Islamic and other lobby groups that oppose repealing our hate speech laws do just fine there. Better than in almost every European country with hate speech laws. Apparently the government now implicitly agrees that you can’t trust your average Australian to see through the rantings of Neo-Nazi Holocaust deniers.

Columnist Andrew Bolt was equally unimpressed with the broken promise;

Tony Abbott has exploded one of the dangerous myths of our out-of-control immigration program. We once expected immigrants like my parents to assimilate to Australian values. But now Australia assimilates to the values of the immigrants — including the most oppressive values.
The Prime Minister confirmed it on Tuesday in explaining why he’d dropped his plan to scrap restrictions in the Racial Discrimination Act that make it unlawful simply to “offend” someone with a statement related to their “race” or ethnicity.
“We are also determined to engage in ever closer consultation with communities including the Australian Muslim community,” he said. “When it comes to counter-terrorism, everyone needs to be part of ‘Team Australia’ and I have to say that the Government’s proposals to change 18C of the Racial Discrimination Act have become a complication in that respect.”
Pardon? We must placate Muslim Australians by restricting our freedom to say something critical of their culture, for instance, extremists being so prone to jihad? Of course, other ethnic and religious groups — not least Jews — also fought to save these restrictions. But make no mistake: muzzling Australians is now seen as necessary to please migrant communities.

Christians too have been saddened by this alarming back-flip. Vickie Janson of Australian Christians said this:

With our PM Tony Abbott backing down on the repeal of Section 18C of the Racial Discrimination Act I am not that optimistic the needed political will (courage) will be found. We are deeply disappointed about this announcement. The repeal of 18C was never about empowering ‘bigots’ as some would argue. This is about valuing freedom and honesty which are falling to the sword throughout the Middle East. As I shared on Facebook: Freedom is being further eradicated throughout the Middle East and what do we do in the free world? Just follow suit! Apparently our PM is not repealing 18C because we have to keep a good relationship with the Muslim community. My goodness…sharia compliant speech endorsed by the PM…a sad day indeed.

It sure is a sad day. Another win for creeping sharia and another loss for free speech. Tony Abbott won the last election because people were sick and tired of the Labor/Green social engineering, leftist lunacy, and appeasement to minority groups.

So is our Prime Minister simply doing more of the same now? Or is he going to lead a government fundamentally different from its predecessor? If current trends continue, things are not looking very promising.