The Victorian election is coming up in just three weeks (November 29). Here I want to focus on just one aspect of what Labor plans to do if it is elected, something which should have all Christians quite concerned. I refer to its stated aim to severely tighten up the Equal Opportunity Act.

But first a bit of background here. The Equal Opportunity Act 2010 was brought into the Victorian Parliament by the Labor Party. It greatly threatened religious freedom of organisations, groups, schools and so on. It was bad enough that an amendment to it appeared in 2011 when the Liberals were in power. 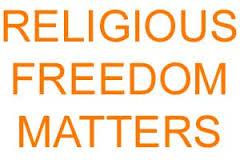 The then Baillieu Government brought in the changes to protect religious freedom, viewing the 2010 legislation as being “a far-reaching attack on the freedom of faith based organisations”. Numerous religious groups welcomed the changes. For example, Independent Schools Victoria said that religious schools “ought to be able to choose staff they believe are the most appropriate for their school.”

But now Labor wants to undo these changes, and take away religious freedoms of ordinary Victorians. According to their official Platform, Labor will “Reverse the Coalition Government’s amendments to the Equal Opportunity Act, including the reinstatement of ‘bona fide occupational requirement’ limitation on the religious exemptions and powers for the Victorian Equal Opportunity and Human Rights Commission to deal with systemic discrimination on their own motion.”

Various concerned groups have put out statements on this already. Christian Schools Australia said this in part:

CSA has consistently argued against the ‘inherent requirements’ approach. With others we argued against its adoption by the previous Labor Government, and successfully gained agreement from the incoming Coalition Government to remove the requirement, putting Victorian legislation back in step with all other states except Queensland.
The approach preferred by CSA, and which we believe is in the interest of genuine freedom of belief for all faith groups, is that the right of Christian and other faith based schools to employ staff who are adherents of the faith is placed beyond doubt, being exempt from the legislation dealing with religious discrimination.
Apart from Queensland, every State retains exemptions to the relevant Equal Opportunity legislation, to protect the rights of faith based schools as a matter of free religious expression. The exemptions approach makes it plain that the question of who is, or is not, a genuine adherent of a faith, is a matter for the faith concerned – the church, denomination or religious body.
The State in its various forms – including Industrial, Human Rights and Equal Opportunity Commissions – is not established to decide issues of faith. The Australian Constitution makes it quite clear, that the State is not to ‘establish’ any religion. This provision is threatened when the State takes to itself the right to sit in judgement over who is, and who is not, qualified to staff faith based schools. That is the real problem with the ‘genuine/inherent occupational requirements’ approach taken by Victorian Labor and, before them, Queensland Labor.
The proper separation of church and state is threatened when issues of employment in faith based schools is moved to an industrial jurisdiction, rather than treated as an exemption to the religious discrimination legislation. The real question is this: did the writers of the Constitution imagine that an industrial tribunal would sit in judgement over what are essentially religious faith issues? We think not.

And the Australian Association of Christian Schools said this:

This ‘bona fide occupational requirement’ was known as the ‘inherent requirements’. The resultant implication for Christian schools would be that the faith exemption could only be applied to areas of employment deemed to be ‘religious’. Interestingly, those with a dualist sacred-secular view see no problem with this, saying ‘Why would you need faith to teach Maths’? The Victorian AIS and Catholic Sector didn’t understand what our concerns were. Back in 2009/10 all Victorian Christian schools fought a protracted battle over this issue. The in-coming Coalition government rescinded the legislation before it was enacted.
AACS, CEN and CSA schools in conjunction with ACL have been lobbying the ALP but to no present avail. If the ALP position doesn’t change in the lead up to the election a more vigorous electoral campaign will be launched. In a tight election this could have quite an influence. AACS has prepared a list of the marginal seats and the number of Christian schools and parents in those seats. For the present time we are using the normal persuasive means to protect our ability to employ Christian staff.

Back in 2009 when Labor first put forward this bill I wrote extensively on how this would be a real danger to Christian schools and organisations. I mentioned how secular judges would end up deciding what is a bona fide religious occupation, and would actually determine matters of the Christian faith.

And sure enough, we soon had cases of Christian groups being dragged to the courts. One infamous case involved a Victorian Christian camp ground which I discussed at the time: “A youth camp owned by the Christian Brethren church has been ordered to pay $5000 compensation for discriminating against a suicide prevention group for young gays. Victorian Civil and Administrative Tribunal judge Felicity Hampel found the Phillip Island camp breached the Equal Opportunity Act when it refused to take a booking from members of Cobaw Community Health Service’s Way Out project.”

If Labor wins the election, we will be right back to this war against Christian groups. And we will have the bizarre situation of secular adjudicators determining for us Christians what are important biblical faith commitments and priorities and what are not.

It goes without saying that this is not the only issue Christians need to be concerned about in the upcoming election. But it is a very important one. The ability of Christian schools, parachurch groups, and small businesses to hire who they like, in accord with their own faith convictions is vital, and Big Brother governments should not be interfering here.

Back in 2009 I quoted from Rev Dr Mark Durie on this issue, and his words still hold good for today:

There are serious difficulties with demanding that religious groups justify to secular judges what constitutes ‘reasonable’ religious practices, and what does or does not accord with religious doctrines. To do so would require Tribunals and Courts to make wide?reaching and complex determinations on which religious beliefs and practices are reasonable or authorized by the state….
The present system of exemptions should be left in place. They have served us well. Meddling with the religious rights of Victorians by applying an ill?considered and ill?informed analysis of religious liberty can only cause disharmony and great distress in the Victorian community.

As noted, this is a hugely significant issue. So when you go to the polls in a few weeks time, please vote wisely and carefully. Religious freedom is at stake.