So what do babies and peas have in common? Well, both can be frozen and later thawed. While it is convenient for us to eat vegetables in this fashion, babies are not vegetables. Yet unborn babies are treated in similar fashion in the world of Assisted Reproductive Technologies (ART).

In baby-making processes like in vitro fertilisation (IVF), a number of embryos are created, some are inserted into the mother, and the spare embryos are then either destroyed (simply flushed down the sink, eg.) or saved for possible future use by means of a deep freeze (cryopreservation).

There are two main freezing methods used in IVF clinics: slow freezing and vitrification (rapid freezing). Since the formation of ice crystals can damage frozen embryos and other frozen products (eg., gametes), the second process is believed to help in reducing risks in the thawing process.

A major reason why there are so many surplus embryos in deep freeze is due to the process known as superovulation. In order to achieve higher pregnancy rates, IVF clinics will create extra eggs – basically more bang for their buck. This may result in a dozen embryos created. Not all of them of course are implanted, so the rest might be frozen.

The number of such frozen embryos would be hard to calculate worldwide. There may be 100,000 or more surplus embryos in Australia, and perhaps millions worldwide. I raise all this because some obvious mega-ethical questions arise about these matters.

Should we even be going down this path? Is this not really about the commodification and manufacture of children? And most importantly, what about all the frozen embryos and their fate? We know that at fertilisation (even via artificial means) a new, distinct and unique human being comes into existence.

If not hindered, this embryo would go on to implantation, birth, infancy, childhood, adulthood and eventual death. The so-called destruction of surplus embryos is a euphemism for the killing of unborn babies. So anyone considering IVF must be aware of this major moral issue: the intentional creation and then potential destruction of new life.

I also raise this because countless couples have to wrestle with all this in a very practical manner. What do they do with the surplus embryos? Usually there are only several options:
-destroy them;
-adopt them out to other infertile couples;
-allow them to be experimented on by science (which means having them killed in the process). 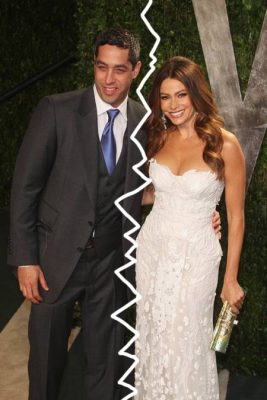 Plenty of couples have to make decisions about this, and now one very famous celebrity couple is in the news about this – or at least in all the gossip columns. I refer to Sofía Vergara and her one-time fiancé, Nick Loeb. One write-up about their situation begins this way:

Sofía Vergara’s former fiancé, Nick Loeb, has filed a lawsuit in California to prevent her from destroying two cryopreserved female embryos created through in vitro fertilization, ‘In Touch Weekly’ is reporting exclusively. Court documents obtained exclusively by ‘In Touch’ reveal that just six months before their split, in November 2013, Nick and Sofía had embryos created as a result of his sperm and her eggs being fertilized.
Nick, who filed the suit under the pseudonym John Doe, “seeks to ensure that the Female Embryos are not destroyed, but Jane Doe [Sofía] refuses to agree to their preservation under all circumstances,” the document obtained by ‘In Touch’ states. (The lawsuit was originally filed in August 2014; it was amended with new information and refiled on April 1 after Nick sought new representation.)

This would not be a unique situation, but it certainly is a very public one, and it highlights some of the many ethical minefields that ART can create. Ethicists have already spoken out on this case. For example, Mary Riley of the Life Legal Defense Foundation said this:

It’s a tragedy that an industry that traffics in human beings has turned a domestic conflict between two celebrities into a matter of life and death. But even more tragic is that a mother would insist on the death of her offspring. No one has the right to a dead child.
Mr. Loeb is doing the right thing in trying to save his little girls. It’s sad what the abortion mentality has done to our society. Abortion advocates commonly say that a woman has a right over her own body. But these two surviving embryos – little girls, really, at a very early stage of development – are not parts of Ms. Vergara’s body. They aren’t even in Ms. Vergara’s body. Mr. Loeb isn’t suing over Ms. Vergara’s body. He’s suing to save the lives of his daughters. And those opposing him are insisting instead that his offspring be killed.

Yes exactly right. In a forthcoming book on IVF and ART I look at all these topics in much greater detail. Let me conclude with a few paragraphs from this book:

It is simply mind-boggling to realise that some women will go through the ordeal of IVF only to turn around and destroy the newly created life. This is the height of both selfishness and the commodification of life. Babies are not mere consumer goods that can be ordered at whim, and disposed of at whim. They are members of the human race that deserve protection and respect. They are not just another commodity to be disposed of when we grow tired of them.
And women who kill their own IVF babies certainly cannot complain about unwanted pregnancies. As Professor Bill Ledger of the HFEA pointed out, “These women can’t be surprised to be pregnant; you can’t have an IVF pregnancy by accident”.
As another report mentions, “Ann Furedi, head of BPAS, formerly the British Pregnancy Advisory Service, believes every abortion doctor sees at least one patient a year requesting a termination after IVF treatment. ‘For infertile people, overcoming the problem becomes a goal in itself,’ she said. ‘Sometimes it is only when women get pregnant that they can allow themselves to ask the question about whether it is really what they want’.”
Sorry, but the time to decide whether you want a child or not is before you begin IVF services, not after it has been successfully carried out. This is simply madness compounded in an age of making life, faking life, and taking life. As Al Mohler writes, “One might think that the most welcome place in the world for an unborn child would be the womb of a mother who would be so intent on getting pregnant that she would seek and undergo IVF fertility treatment. It turns out that in a significant number of cases, that assumption is proved wrong. How do we take the measure of that tragedy?”

Thankfully Nick Loeb is making the right choice here, while Vergara certainly is not. Let us hope and pray that the court comes down on the side of common sense, morality, and life.