That a war has been declared against faith, freedom and family should be obvious to anyone living on planet earth. And that so much of this is coming from the militant homosexual lobby should be equally obvious. What is not always so clear is what the best response is to be from people of faith.

Do we just lay down and roll over, and allow any and all anti-Christian bigotry to take place, or is there a role for resistance of various kinds? Scripture and church history both make it clear that there is a place for things like civil disobedience when need be, as I discuss here: billmuehlenberg.com/2008/11/02/christians-and-civil-disobedience/

But let me look further at a specific case which is making the news at the moment in the US. I refer to county clerk Kim Davis and her battles with the homosexual activists. I have already discussed her story here: billmuehlenberg.com/2015/09/02/rainbow-reality-submit-or-else/ 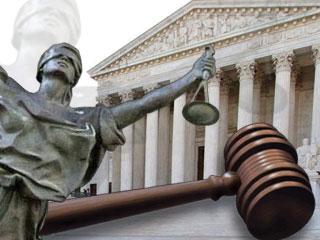 In addition to biblical, theological, political and ideological concerns, there are also legal and constitutional concerns. While I can speak with some knowledge about the first four, I do not claim to be an expert in the last two. Thus I want to draw in some others here and share from their wisdom and learning.

There has been no small amount of debate here from Christians as to what Davis should do in her position: resign, hang in there and keep fighting, and so on. I tend to side with those who think her stance is an important and principled one, and she should not just walk from this situation.

Let me draw on a few experts here, as I allow them to express some of my concerns and thoughts on this. I begin with two legal experts, Herbert W. Titus and William J. Olson. They argue that Davis is “doing the right thing”. They write:

Democrat Governor Steven Lynn Beshear is demanding she make a choice – either resign, or comply with his lawless instructions to implement the Supreme Court decision sanctifying same sex marriage. The Governor apparently believes in the unconstitutional Doctrine of Judicial Supremacy — that by a stroke of the pen, five elite lawyers wearing black robes can rewrite the Constitution, and that no one may question their decisions. Even worse, the Governor apparently cares nothing about the created order. He has no problem with a Court that had the audacity to try to change the Creator’s definition of marriage for all America — by pretending to find the issue hidden in the penumbras and emanations of the Fourteenth Amendment of the Constitution.
Clerk Davis’ position is quite different. She stands on God’s law and Kentucky’s law. God’s law is clear. See Genesis 2:18-24 and Matthew 19:4-6. And, according to Kentucky law, and notwithstanding the Governor’s action unilaterally preempting the authority of the Kentucky legislature, same-sex couples simply are not eligible to obtain a marriage license. Kentucky Constitutional Amendment 1 was passed by 75 percent of the voters in 2004. It states: “Only a marriage between one man and one woman shall be valid or recognized as a marriage in Kentucky. A legal status identical or substantially similar to that of marriage for unmarried individuals shall not be valid or recognized.”
Must Clerk Davis conform her practices as Clerk to those of a lawless Supreme Court and a capitulated Governor? Surely not. She cannot turn back now. Having stated that her behavior is constrained by her understanding of God’s law, any retreat would do damage to the name and reputation of the Lord. She could resign. But resignation would be the equivalent to admitting that in the wake of the Supreme Court’s folly, no Bible-believing Christian or Jew can serve in public office in America. Efforts are already beginning to use the Obergefell decision to remove Christian judges across America….
Clerk Davis cannot resign, and cannot capitulate; but she must resist by interposing herself as a lower civil magistrate sworn to uphold the law, not just to do what a higher civil magistrate has ordered her to do. By resisting, Clerk Davis risks being held in both civil and criminal contempt, fined as well as being forcibly removed from office. But she will be blessed by God for her righteous stand embracing the rule of law, and resisting tyrannical power. And, Clerk Davis’ courage just might inspire those in authority to have the courage of what they claim to be their convictions and join in the resistance.

Doug Wilson also discusses the legalities of the case, along with some important biblical considerations:

Every Christian elected official should be determining, within the scope of their duties, which lines they will not allow the state to cross. When they come to that line, they should refuse to cross it because “this is against the law of God.” They should do this as part of their official responsibilities. This is part of their job. It is one of the things they swear to do when they take office.
This is nothing less than Calvin’s doctrine of the lesser magistrates (Institutes 4.20.22-32), which I would urge upon all and sundry as relevant reading material. And as Calvin points out, after Daniel — a Babylonian official — disobeyed the king’s impious edict, he denied that he had wronged the king in any way (Dan. 6:22-23)….
If just ten governors treated Obergefell the same way Kim Davis is treating it, that entire unrighteous and despotic imposition would collapse and fall to the ground. And if they did so, they would not be sinning against the United States. Rather, they would be preventing the United States from sinning.
The end game here is not armed revolution. The end game is simply a refusal to cooperate with their revolution. Make them fire or impeach faithful officials. Once removed, such faithful officials should run for office again with a promise to continue to defy all forms of unrighteous despotism. As one friend of mine put it, “Lather. Rinse. Repeat.”
Some might ask what the good in that would be. Wouldn’t it just result in no Christians in such positions? Perhaps, but it would be far better to have godless results enforced by the godless than to insist that the godly do it for them. It would be far better to have the “no Christians in power results” when it was actually the case that no Christians were in power. I would rather have non-Christian clerks acting like non-Christian clerks than to have Christian clerks do it for them. I mean, right?
Don’t tell believers to stay engaged so that they can make a difference, and then, when they start making a difference, tell them that this is not a hill to die on. Make the bad guys reveal themselves. Make them crack down on evangelical county clerks, while continuing to wink at sanctuary cities and local defiance of federal pot laws. Why do they apply their “It’s the law! Bow down!” standard so inconsistently? Well, mostly it is because evangelicals are sweet and naive enough to let them get away with it.
So it is ironic that this valiant stand is being taken by a clerk, because those sidling away from her provide a standing example of our real problem — the trahison des clercs [treason of the intellectuals].

Inasmuch as SCOTUS so obviously overreached and acted as though it had the power to amend the Constitution (and certainly as legislators), Kim Davis should not comply. I disagree with my friends Maggie Gallagher, Rod Dreher, and Ryan Anderson on this one. The Obergefell decision has no more validity than the Dred Scott case (or the Fugitive Slave Law) had in Lincoln’s day. Civil disobedience is commendable.

He goes on to quote Thomas Jefferson and his concerns about a runaway court:

You seem … to consider the judges as the ultimate arbiters of all constitutional questions; a very dangerous doctrine indeed, and one which would place us under the despotism of an oligarchy. Our judges are as honest as other men, and not more so. They have, with others, the same passions for party, for power, and the privilege of their corps. Their maxim is “boni judicis est ampliare jurisdictionem” [it is the part of a good judge to enlarge his jurisdiction], and their power the more dangerous as they are in office for life, and not responsible, as the other functionaries are, to the elective control….
The Constitution, in keeping three departments distinct and independent, restrains the authority of the judges to judiciary organs, as it does the executive and legislative to executive and legislative organs.

The states have rolled over on the question of judicial supremacy, and Congress is too busy solidifying its power base to take on a nation-dividing fundamental issue. Governors don’t want to make waves and get involved in a protracted legal battle with the Federal government that has unlimited money to spend and ways to hold back federal funding (money it took from the states in taxes). Wouldn’t it be great if a dozen or so states banded together and said no to the usurpation of their states’ authority?
As I’ve been reminded several times, since the Constitution is the “supreme Law of the land,” the Tenth Amendment is part of the Constitution: “The powers not delegated to the United States by the Constitution, nor prohibited by it to the States, are reserved to the States respectively, or to the people.” The power to regulate marriage was not delegated to the United States by the Constitution.

As I say, I am certainly not a legal expert, and there are plenty of complex and nuanced constitutional and legal issues here that need to be teased out. And this is of course just one case, which some might argue is not worth going to the wall over.

Well, if it were the only such case, one might be able to argue it is not such a big deal. But the sad truth is, this is simply one of many such cases. And we can expect the floodgates to open in the near future. So we all had better well decide now what we think about such matters.

We need the full counsel of Scripture and church history here, but we also need some understanding in law and politics. The truth is, we are in for a very rough ride in the days ahead. No believer can keep his head in the sand about such issues. We will all be impacted by how they turn out.

And it may get a whole lot worse before it gets better.

13 Replies to “Christianity, the Constitution and Marriage Wars”