It has been a long time since we simply taught the three Rs in our schools. In fact, today we have plenty of students leaving school who are illiterate, innumerate, and generally dumbed down. That is because real education has so often been replaced with radical social activism.

Indoctrination and propaganda predominate in most schools today, and our children have become guinea pigs for the radical agendas of adults. And this is not new. A half century ago the great Malcolm Muggeridge was bemoaning the wretched state of Western education. Let me offer just two quotes from him:

“Whereas other civilisations have been brought down by attacks of barbarians from without, ours had the unique distinction of training its own destroyers at its own educational institutions, and then providing them with facilities for propagating their destructive ideology far and wide, all at the public expense.”

“Education, the great mumbo-jumbo and fraud of the age, purports to equip us to live, and is prescribed as a universal remedy for everything, from juvenile delinquency to premature senility. For the most part, it serves only to enlarge stupidity, inflate conceit, enhance credulity and put those subjected to it, at the mercy of brain-washers with printing presses, radio and television at their disposal.” 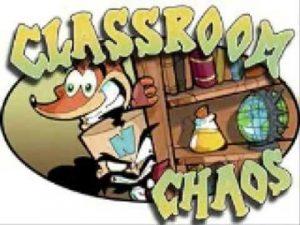 If things were bad back then, they are certainly much worse today. I have often written about the sad state of schooling in the West, and noted how social engineering seems to be at the top of the list of educational priorities. Simply think of the “Safe Schools” programs and other radical sex ed courses that are doing so much damage to our children.

With all this in mind I thought it was most interesting to see two articles side by side in today’s Herald Sun website. The one flows nicely from the other, and both deserve a mention. The first has to do with a Victorian teacher who is disgusted with the radical sexualised content she is being forced to teach her students.

She wants nothing to do with it, and she has bravely gone public and told her story. Here is how the article begins:

A Melbourne high school teacher says she would refuse to teach “lewd” material in the Victorian government’s mandatory respectful relationships program to be introduced in all state schools next year. Moira Deeming, a teacher and mother-of-three, said she was shocked by the content and would rather be fired from her job than teach such “sleazy, unnecessary drivel” to her students.
Ms Deeming, 33, said educating children as young as 12 about porn and getting them to have classroom discussions about masturbation and sex was not appropriate and would not help to stop gender-based violence and discrimination as the program intended. Under the program, children as young as prep are also being introduced to same-sex relationships through children’s books, including Tango Makes Three, a tale about two male penguins who adopt a baby penguin.
The book has been banned in Singapore and after parent outrage was scrapped from some school libraries in the UK and the US. It also featured in the most complained about books in America over five consecutive years for “promoting a homosexual agenda”.
“I feel that this program is bullying male students and stigmatising and stereotyping them — the absolute opposite to what it is supposed to do,” she told the Sunday Herald Sun. “It really does build up stereotypes. It doesn’t tear them down. If I was asked to teach it, I couldn’t let it out of my mouth. I’d have to be fired.”
Debate has raged about the content, particularly how students are taught about “male privilege” and that masculinity is associated with higher rates of violence against women, since the government made public the classroom resources of its Resilience, Rights and Respectful Relationships program earlier this month.
The $21.8 million program, a recommendation from the royal commission into family violence, also offers explicit videos to students entering secondary school giving sexual advice in an upbeat way, including that “you don’t have to have an ‘inney’ and an ‘outey’. You can have two inneys or two outeys” to have sex.

Well done Moira Deeming – you are a champion and we need more courageous and principled teachers like you. I hope that many others will be emboldened and follow your example in speaking out about the filth and propaganda that is being rammed down the throats of our vulnerable young people.

The second article is a very good follow-up to the first. It seems, not surprisingly, that parents continue to retreat from the state school system in droves, as they look at other, better options for educating their children. They too are fed up with the status quo and desire a real education for their kids. The article opens:

Parents are sending their children to private primary schools in record numbers, with 12,000 more attending than a decade ago. Private school growth of 29 per cent means enrolments have eclipsed the state and Catholic systems, which experienced an 11 and 12 per cent increase in primary students respectively from 2006 to 2015, Australian Bureau of Statistics figures show.
Education experts said a rise in family income, pressure to do well in tests from an early age and guaranteeing a place at Victoria’s exclusive high schools were big reasons parents enrolled their children in private schools at prep.
Waiting lists for year 7 at some exclusive schools are nearly 250 students long. University of Melbourne senior lecturer in education policy Dr Glenn Savage said increasing competition for private secondary-level places meant the move to private schools was happening earlier.
Education consultant Paul O’Shannassy, of Regent Consulting, said for many parents, the junior school provided a way in to sought-after independent high schools. “More and more we are getting clients saying, ‘We’ll go whenever we can, if I don’t get them in at grade 3, there’s no hope in grade 7’,” Mr O’Shannassy said.

Of course, in addition to turning to private schools, religious schools and independent schools, many parents here and overseas are also turning to home-schooling. This is becoming a very popular option for concerned parents, and it looks to be the wave of the future in many parts of the West.

As our state schools get more and more radicalised, politicised, and sexualised, all the while dumbing down our kids, we can expect to see this mass exodus continuing. Parents want their children to know how to read and write, not be force-fed every latest cultural Marxist agenda item, including all the radical gender bender nonsense.

Frustrated parents want their children to actually get a decent education for a change. Enough is enough, and parents are voting with their feet. That is good news in my books.

20 Replies to “Schools in Meltdown”