Times are a changing. After Brexit and Trump – two unexpected victories – other countries are now looking at radical political and social turnarounds. This is especially the case in Europe. We had one election there this week, and we have more important ones to come in the months ahead.

The people of the Netherlands went to the polls on March 15 for their general election. According to the mainstream media, the controversial Geert Wilders and his party did not do well, and things are back to business as usual. But the truth is otherwise. 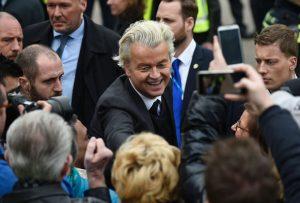 What happened in fact was Wilders’ party gained seats while many mainstream parties lost seats. Mark Rutte and his People’s Party for Freedom and Democracy (VVD), as well as the Labour Party (PvdA) both lost seats. While Rutte will stay on as Prime Minister, he does not have all that much to be excited about.

By way of background, there were 28 parties running in this election, and in the Dutch lower house there are 150 seats, so 76 are needed for victory. Most leading parties only get around 25-30 seats, so to form government, you have to enter into coalition with other parties.

And many of the other main parties said they would not go into coalition with the Wilders’ Freedom Party (PVV). So we ended up with the VVD losing 8 seats, and the PvdA losing 29 seats, while the PVV picked up 5 seats. So now the party of Wilders has the second greatest number of seats in the Dutch parliament. That is not a bad outcome all things considered.

Rutte will now have to secure the aid of 3 or 4 other parties to form a majority government. In the meantime Wilders continues to thrive. As one commentator has put it: “The fact is, Wilders has fundamentally transformed Dutch politics, forcing more established mainstream parties to adopt some of his platform. Wilders can claim that as a victory. And besides, he’s not going anywhere.”
www.americanthinker.com/blog/2017/03/did_geert_wilders_really_lose_the_dutch_election.html#ixzz4bdSmWvz4

Another commentator put it this way:

Geert Wilders has fundamentally changed the conversation about Islam and immigration. And the political parties of the Netherlands are increasingly reacting to him. Wilders took an election in a country whose political shifts are generally of little interest to those living outside it and made it a matter of international interest. His courage and common sense have made him into a world leader.
Wilders had the courage to defy the assassins and murderers, the politically correct scolds and the bleeding hearts, the pallid men and women who counsel moderation in all things and at all times, to tell the truth about Islam and Islamic migration. That is what he will go on doing even as he lives under threat. And his courage inspires opponents of the Jihad in the Netherlands and around the world.
www.frontpagemag.com/fpm/266125/geert-wilders-and-real-story-election-daniel-greenfield

But Holland is not the only country that is having a rethink. Many European nations have seen firsthand what open slather immigration policies and Islamic terrorism can do, and they are not liking it. The French for example will be going to the polls in two rounds for their presidential election (April 23 and May 7). French National Front leader Marine Le Pen is expected to do very well. She is also greatly concerned about Islamic immigration, and she also wants to see her nation pull out of the EU.

And then of course we have the federal elections to be held in Germany on September 24. Disquiet with Merkel and her botched immigration and multiculturalism policies is on the rise. Consider the growing support for the anti-migrant Alternative for Germany (AfD) party. In 2013 they had 5 per cent support, but now they are up to 16 per cent.

And how many more Islamic jihad attacks on the streets of Germany have to take place? Although in Paris, we just had another such attack yesterday. Says the headline: “Knifeman ‘screams Allahu Akbar’ then slits throat of dad and son in city centre.”
www.dailystar.co.uk/news/latest-news/597558/paris-murder-father-son-throat-split-france-police

Such attacks in both France and Germany are certainly fuelling the anti-establishment movement. Washington-based commentator Darrell Delamaide speaks about the Dutch election, and how things are panning out in France and Germany:

It could well be that Le Pen will get a bigger share of the disillusioned leftist vote as she defends many of the worker protections the center-left has fought for. Unlike in the Netherlands, France’s first-past-the post voting system presents voters with limited choices.
In addition, the National Front appears to be drawing a disproportionate share of the youth vote, which is uncharacteristic for a far-right party. With youth unemployment near 25% in France — and many of those with jobs only on temporary contract — the promise of an economic renewal for the country outside the EU has considerable appeal for this voting segment.
It may be an empty promise, but voters know for a fact that the current EU policies dictated by Germany are not working for France.
As for Germany, the Social Democratic Party was becoming marginalized after being co-opted into Chancellor Angela Merkel’s grand coalition, circling the drain much like the Dutch Labor Party and the French Socialist Party.
But after the party leadership compromised by its part in the Merkel government stepped aside in favor of Martin Schultz, who has spent his political career in the European Parliament, the Social Democrats have rediscovered their leftist roots and rebounded in the polls.
That resurgence is being complemented by the rise of the anti-immigrant Alternative for Germany (AfD) on the far right, which is draining away votes from Merkel’s Christian Democrats. Together, these factors are posing a real challenge to her election to a fourth term as chancellor.
The common thread in France and Germany is voter disaffection with the ruling political elite. Neither of the leading candidates in France — Le Pen and renegade Socialist Emmanuel Macron, who founded his own party — is from a mainstream party. One of them is almost sure to be president.
In Germany, a relatively high hurdle for parliamentary representation has made the political environment historically more stable. But the virtual certainty that the AfD will cross that threshold and make it into the national Parliament has the potential to create turmoil.
In short, it would be a mistake to read Wilders’s shortfall in the Netherlands as a decisive signal in favor the status quo in these much more important EU nations.
www.marketwatch.com/story/europes-elites-shouldnt-get-wrong-idea-from-dutch-election-2017-03-16 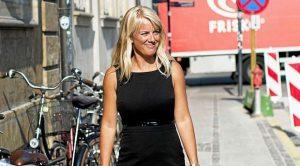 Finally, mention could be made of the upcoming Danish elections, to be held on November 21. Consider yet another populist politician who is causing waves there:

The 41-year-old leader of Nye Borgerlige or ‘The New Right’ party polled at 4.8 per cent in late February, an incredible feat as the party was only founded less than two years ago. Her ideas are gaining so much popularity that it would be dangerous to ignore her, says Andreas Reventlow in an opinion piece for The EU Observer.
Mr Reventlow, a political commentator and an adviser at the Copenhagen based non-profit International Media Support, says the rise of the blonde politician comes amid the popularity of France’s Marine Le Pen and the Netherlands’ Geert Wilders.
Ms Vermund’s hardline policies include banning headscarves in schools, stricter controls on migrants and leaving the European Union. She also wants to limit Danish citizenship to people who “contribute positively” to society and have a job and only give asylum to refugees from the UN’s refugee agency’s resettlement scheme.
www.express.co.uk/news/world/778656/Denmark-s-far-right-leader-Pernille-Vermund-polls-well-anti-Muslim-Marine-Le-Penv

So these are just some of the places to keep an eye on in changing Europe. There seems to be a general move under foot to reject politics as usual, to reject establishment politics and politicians, and to put the wellbeing of European nations ahead of failed policies of multiculturalism, immigration, and globalism.

4 Replies to “Wilders, the Dutch, and the Future of Europe”