You can tell a lot about a church or a church leader when the secular left media praises them and spotlights them. And when the hyper-secular left Melbourne Age runs a glowing story about one such Christian group, you know that is a group to avoid, big time.

The Age managed to create a story out of nothing, simply to push an agenda. The newspaper always has good things to say about Islam, and bad things to say about biblical Christianity. So if it can find a lefty trendy church group doing Islam’s bidding, they are happy to run with it.

The article in question was bad – real bad. It was typical Age “journalism” pushing typical leftist agendas, with typical clueless Christians giving Islam a free pass while attacking other Christians. The article began this way:

Michael Boss, a Christian man from the City of Casey in Melbourne’s expansive south-east, had what he thought was a good idea. He would ask all 105 local Christian churches – Casey is Melbourne’s new bible belt – to pledge “friendship” with Muslims to help stop “the growing problem of Islamophobia”.
A three-paragraph statement went out to all the churches. All of them – the Catholics, Baptists and Anglicans as well as the many Pentecostal and Evangelical churches booming in Melbourne’s most populous local government area where a third of all residents are born overseas. They were asked to sign the statement and send it back.
Only one of the 105 replied.
That was the Hampton Park Uniting Church, a place that gives away lunch once a week to the needy including many of Islamic faith. Reverend Mat Harry says: “It was a no-brainer. It took us two minutes in church council to decide it was a good idea. You have to stand up for what you believe in and racism is not acceptable.”
Mr Boss, who is involved with the Facebook group Casey Against Racism, has now defected to Reverend Harry’s church, leaving the Pentecostal congregation he worshipped at in protest at what he calls the “prosperity theology” and “militant faith” rampant in the Pentecostal and Evangelical communities.
The “reconciliatory” statement read, in part: “We, as Christians who have been called to love our neighbours as ourselves, unite strongly with the Muslim community against racism and bigotry. Muslims are not our enemies. Christians and Muslims are brothers and sisters.”
The letter went out last year and Mr Boss says he was “embarrassed” by the response from the Christian churches and so hasn’t wanted to talk about until now. He says he helped set up Casey Against Racism during the heated (and successful) campaign against a mosque being built in Narre Warren. 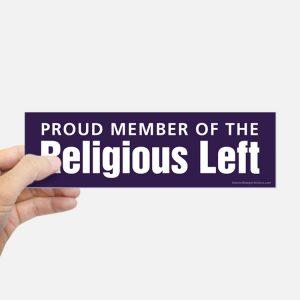 So here we have a complete nobody who would have remained a complete nobody, but the Age decided he was worth an entire story: all because he rails against other Christians while extolling Islam. We expect the Age to pull such stunts, but we don’t expect those who claim to be Christians being so utterly uninformed and ignorant.

The errors here are many. How many millions of times do we have to inform these clueless wonders and their media supporters that Islam is NOT a race? It is a political ideology presented as a religion. People of all races are Muslims. So to be concerned about Islam and its penchant for jihadist violence, misogyny, tyranny and opposition to freedom and democracy does not make one a racist – it makes one morally and mentally sensible.

And the manifesto was a real doozey. The three-paragraph statement put out by Boss reads in full:

We, as Christians who have been called to love our neighbours as ourselves, unite strongly with the Muslim community against racism and bigotry. Muslims are not our enemies. Christians and Muslims are brothers and sisters who have been living peacefully together in the City of Casey for generations.
We reject totally Islamophobia and all other forms of racism, xenophobia and discrimination which are totally against the teachings of the gospel.
We reach out a hand of fellowship to our Muslim neighbors in Casey and wish to let them know that they are not alone. We support them in their struggles and join them in speaking out strongly against religious discrimination in all forms, specifically the growing problem of Islamophobia.

Good grief. And this was a toned-down version of the statement as the article states. I would hate to have seen the un-toned-down version. As usual, the religious left is as full of sloppy and fuzzy thinking, as it is empty of moral clarity. So let me try to bring a little light to this situation.

As I have said so often, all Christians should understand that God has created at least two major institutions to deal with life in a fallen world: the state and the church. The former deals with protecting its citizens, punishing evil and maintaining order.

The latter deals with sharing the gospel, offering the forgiveness of Christ to individuals who turn from their sin in faith and repentance. Both institutions are crucial here. But the religious left keeps getting things muddled here. Churches are not in a position to keep Muslims out of a country or pass laws which protect the citizenry.

That is the role of the state. And every nation has a right to have and maintain borders, decide who should be allowed in to the country, and deal with those who seek to do harm and cause bloodshed. The state should do all it can to defend its core values and principles and keep its citizens safe.

Individual Christians can support the role of the state to maintain freedom and democracy while also reaching out to individual Muslims with the gospel. It is not a question of picking one or the other: we are to do both. The state has the right to protect us from external and internal threats while the church has an obligation to reach out to others with the good news.

But the religious lefties seem blissfully ignorant of all this. Indeed, they seem ignorant about their own faith. Since when is a Muslim who denies the basic Christian teaching that Jesus is the son of God a brother or a sister? How in the world can someone who denies the very heart and soul of Christianity be described as a member of the Christian family?

This shows just how far gone these religious leftists are, biblically speaking. They have long ago jettisoned the gospel and replaced it with a mushy ecumenicalism and compromised Chrislam. And the fact that a Uniting Church was the only one to run with this nonsense and to become the home of this lefty is not at all surprising. We expect such from so much of the Uniting Church.

And one can discuss briefly the statement about Boss “leaving the Pentecostal congregation he worshipped at in protest at what he calls the ‘prosperity theology’ and ‘militant faith’ rampant in the Pentecostal and Evangelical communities.”

As to some Pentecostal and other churches running with the deplorable prosperity gospel I happen to agree: I too dislike it as being biblically and theologically bogus. But what exactly does he mean by “militant faith”? If he means biblical Christians who take their faith seriously, who know that we are in a spiritual war, and who seek to win their lost neighbours for Christ, including Muslims, then I am all for such a militant faith.

Indeed, we need more of it. As mentioned, Islam is utterly inimical to the very core teachings of Christianity, and it is a false religion leading its followers to hell. We Christians need to speak the truth in love to Muslims, and not go on about how we all worship the same God (we don’t), but point out to them the uniqueness of Christ and their need of a Saviour.

And note how similar the religious lefties are to the militant homosexual activists and other radicals who use all the emotionally charged buzz words – in this case: bigotry, Islamophobia, xenophobia, discrimination. Um, to be concerned about blood on our streets because of jihadists screaming “Allahu Akbar” is not being bigoted, Islamophobiac, xenophobic, or discriminatory. It is called being sane.

But the left loves throwing around this mud – it beats dealing with facts, arguments and reason. Just demonise your opponents by calling them names and hurling abuse. This is standard leftist operational procedure. But it is a real pity when people claiming to be Christians do the same.

Being deliberately clueless and naïve about a political ideology which has declared its hostile intentions is not a sign of Christlikeness or godliness. It is a clear indication of foolishness and stupidity – things we have far too much of already from the secular left. We do not want Christian lefties offering us more of the same.

21 Replies to “Yes They Really Are That Foolish: Islam and the Religious Left”