Sir Robert Menzies would be rolling in his grave right about now. Every time the current crop of Liberal Party leaders open their mouths, more madness flows out, making all true conservatives cringe even more. But it is not just cringe-worthy statements that are the problem, but the very future of the Party itself.

When Menzies founded the Liberal Party in 1944 it certainly did not have in mind the Labor-lite nonsense being pushed by the likes of Malcolm Turnbull, Julie Bishop and Christopher Pyne. And I don’t think he would be all that thrilled with the mad push for all things homosexual by some of these current Libs.

His new party was to be based on the fundamental unit of the family – and he sure did not have in mind homosexual “families”. As he stated in his famous 1942 address, “The Forgotten People”:

I do not believe that the real life of this nation is to be found either in great luxury hotels and the petty gossip of so-called fashionable suburbs, or in the officialdom of the organised masses. It is to be found in the homes of people who are nameless and unadvertised, and who, whatever their individual religious conviction or dogma, see in their children their greatest contribution to the immortality of their race. The home is the foundation of sanity and sobriety; it is the indispensable condition of continuity; its health determines the health of society as a whole. 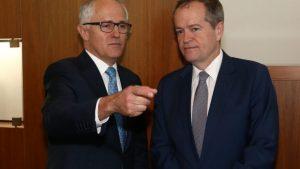 In 2011 a book was released featuring letters he had written from 1955 to 1975 to his daughter who was then living overseas. In one such letter he spoke about how little time he had for ‘small-l liberals’ who were betraying conservative principles.

He said that they “believe in nothing but . . . still believe in anything if they think it worth a few votes. The whole thing is quite tragic.” That sure sounds like Turnbull and Co today. Indeed, while overseas, Turnbull just told us that the Liberal Party is NOT a conservative party. As one news report states:

Prime Minister Malcolm Turnbull has declared that the Liberal Party must remain in the “sensible centre” of politics, slapping down Tony Abbott and other right-wing rebels. In a major speech in London as protesters raged outside, Mr Turnbull fired an intercontinental missile at his predecessor by emphasising that the Liberal Party is centrist, rather than conservative.
The speech comes as frustrated Liberal backbenchers said Mr Abbott should be appointed High Commissioner to London so that he will be unable to continue criticising Government policies. Delivering the Disraeli lecture to the Policy Exchange think tank on Monday, after earlier visiting the scene of the Borough Market terrorist attacks in which two Australians were killed last month, Mr Turnbull said the Liberal Party “stands for freedom or it stands for nothing”.
That rhetoric comes after weeks in which the minority conservative faction has been more and more vocal, causing tensions in the party. “We took the name ‘Liberal’ because we were determined to be a progressive party, willing to make experiments, in no sense reactionary but believing in the individual, his right and his enterprise, and rejecting the socialist panacea,” Mr Turnbull said. “The sensible centre was the place to be. It remains the place to be.”

Um, all that Turnbull is doing here is confirming everything we already knew about him: of course he is not a conservative, and of course he wants to drag the Party down to his Labor-lite views. Last week Rita wrote about the decline of the Libs under Turnbull, Pyne and others. She too quoted the letter of Menzies. She wrote in part:

Conservative voters have abandoned the Coalition because the Coalition abandoned them. Prime Minister Turnbull has a talent for making mediocre Labor leaders look like statesmen. It was during his first reign as leader that Kevin Rudd’s popularity soared, with Turnbull providing little in the way of opposition. Now he has made Bill Shorten look prime ministerial.
How much longer can a conservative party be led by a man whose personal ideology too often mirrors that of his political “opponents”? Under Turnbull, the Coalition has drifted to the Left without winning the Left’s votes. Robert Menzies’ disdain for small-l liberals as unprincipled opportunists who weakened the party rings as true today as it did when he wrote it in 1974.
“The main trouble in my state is that we have the state executive of the Liberal Party, which is dominated by what they now call ‘Liberals with a small l’ — that is to say, Liberals who believe in nothing but who will believe in anything if they think it worth a few votes,” Menzies wrote in a letter to his daughter. “The whole thing is quite tragic.”
Voters want authenticity, competence and a clear choice at the polling booth. It’s all well and good to be a broad church, but at some point the Liberal Party has to stand for something and give frustrated voters a reason to trust it again.

And today columnist Andrew Bolt has also weighed in on the sinking ship of the modern Liberal Party. He refutes the claim made by Turnbull about Menzies not naming his party the ‘Conservative party’:

But I believe that Menzies held the term “conservative” to mean “reactionary”, which is what prominent thinkers then tended to do in more conservative times. FA Hayek, for instance, author of The Road to Socialism and the hero of libertarians and many modern conservatives, actually wrote “Why I am Not a Conservative,” in which he defined conservatives as people who merely wanted to “apply the brake”, meaning they “can only affect the speed, not the direction, of contemporary developments”.
That, in fact, perfectly describes the Turnbull Government today. It is applying Labor policies but in what it imagines a more Liberal way. But counter to Hayek’s argument, I believe conservatives today have a greater positive agenda – a moral content – which includes democracy above rule by elites, the primacy of the individual above tribalism and ideology, a trust in reason above superstition.
So Menzies’ definition of conservative back then would not be Turnbull’s definition today. Judge by Menzies’ record. It is inconceivable that he would be a warmist ideologue, support republicanism, allow electricity to become a luxury item, or agree to mass immigration from culturally incompatible countries. He would not fiddle with super savings and most certainly would not fail to fight for Liberal values.

It appears that the only remaining questions to ask are these: Is the Liberal Party any longer redeemable? Is it so far gone that it is not worth fighting for any longer? Is it time for genuine conservatives to jump ship? I guess those who are in the Liberal Party especially need to deal with those questions.

But as an outsider, it seems to me that the choice is becoming rather stark here: Either it is time to dump Turnbull, Bishop, Pyne and the other Labor-lites, or it is time for the true conservatives to find a real conservative party. And conservative leaders like Cory Bernardi could not agree more.