Mark in your calendars December 7, 2017. It is a day of infamy. It is one of Australia’s darkest days. We all know about December 7, 1941 and the attack on Pearl harbor. That was another day of infamy, but in many respects this one is even worse. Its dark ramifications will be felt for a very long time indeed, and the damage will be immense. 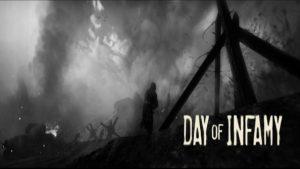 I refer of course to the sad fact that the Australian House of Representatives has just voted to legalise fake marriage, or sodomite marriage. Of course the legislation still needs royal assent, but it looks like a new and ugly darkness has now descended on this land.

While a few heroic and principled MPs voted no, and some other MPs left the chamber. These included Russell Broadbent, Keith Pitt, David Littleproud, Bob Katter and Tony Abbott. But Labor, the Greens, and a number of traitorous Liberals – including the leftist Prime minister – crossed the floor to side with the marriage destroyers.

Malcolm Turnbull carried on like a besotted schoolboy, making it seem as if this was the greatest day in Australian history. He rambled on about “What a day for love,” and “What a unifying day.” Yeah right. He has ensured Australia is now more divided than it has ever been.

Just after this vote there was wild jubilation, cheering and partying going on in the floor of the federal parliament. One was immediately reminded of the statement made by Senator Amidala in the Star Wars film, Revenge of the Sith: “So this is how liberty dies… with thunderous applause.”

But we must ignore the celebration of evil going on in Parliament and elsewhere right now. We must look to God’s view of the situation, which is the exact opposite. As we read in Proverbs 2:12-15:

Wisdom will save you from the ways of wicked men,
from men whose words are perverse,
who have left the straight paths
to walk in dark ways,
who delight in doing wrong
and rejoice in the perverseness of evil,
whose paths are crooked
and who are devious in their ways.

And as we find in I Corinthians 13:6: “Love does not delight in evil but rejoices with the truth.” So let those who mock God and his ways celebrate all they like. It will be a short-lived celebration. These God-mockers and marriage-haters will one day stand before him and give account.

This is in fact D-Day in Australia. It is a Diabolical Day. A new and ugly darkness has descended upon this land. It will be very difficult days ahead for those who still stay true to God, his word, and the real meaning of marriage. And we can say goodbye to any notions of religious freedom in Australia from here on in.

The persecution and anti-Christian bigotry – which we have already seen plenty of – will simply be ramped up big time in the days ahead. Make no mistake about this – this vote has absolutely nothing to do with love. This is about hatred – above all, hatred toward God, but also hatred of real marriage, of society, and of our children.

No matter how the anti-Christian persecution now plays itself out, I will not bow down to this diabolical agenda. I will never worship the false gods of fake marriage, immorality and rebellion. NO, homosexual marriage is NOT marriage and can never be marriage. So arrest me already.

Fifteen years ago Patrick Buchanan wrote a book entitled The Death of the West. What he said at the end of that volume may well be the word we must run with for Australia in 2017:

Democracy is not enough. Yeats was right: once faith goes, “Things fall apart, the centre will not hold.” So it may be that the time of the West has come, as it does for every civilization, that the Death of the West is ordained, and that there is no sense prescribing new drugs or recommending painful new treatments, for the patient is dying and nothing can be done. Absent a revival of faith or a great awakening, Western men and women may simply live out their lives until they are so few they do not matter.

60 Replies to “Australia’s Day of Infamy”