A few short years ago hardly anyone was talking about – let alone acting on – the transgender agenda. Everyone knew that simply claiming you are the opposite sex to what you were born was not a sign of liberation but of delusion. Such people did not need glamorisation but help. 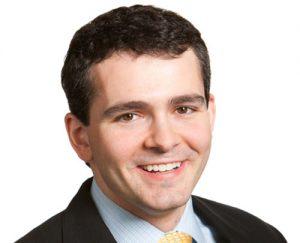 All that has changed of course and now we have decided that sex, biology, DNA and reality itself are all simply social constructs, and we can decide on what sex we want to be at any time for any reason. Such is the sign of a culture that has completely spun out of control.

That is all the more reason why a sane, sensible, serious and scientific look at this issue is needed. And that is just what Ryan Anderson offers us here is this vital volume. I am aware of a handful of other books critiquing the gender bender activism, but this is without doubt the most thorough, most comprehensive, and most helpful volume thus far released.

Anderson begins by noting what the trans activists are all about – and it is scary stuff indeed. As with all social activists, their aim is to remake society in their own image, regardless of the cost. Coercive utopianism, in other words, is the name of the game.

He quotes plenty of the activists, and then notes how incredibly confusing and contradictory their views actually are. Just consider some of the many questions that arise here:

The truth is, the claims of the activists “are confusing because they are philosophically incoherent.” But it is not just philosophy and rationality that the trans movement is at odds with, but science itself. And what science tells us about the biological basis of sex must not be banished or belittled by the ideology of the activists.

Any standard embryology textbook tells us about the genesis of sex. Our sex is determined not after birth, nor is it a social construct, but it is set at fertilisation. It is established in the womb, with the presence of an XX or XY chromosomal composition.

So there are a very small percentage of people born with ambiguous genitalia, the incomplete development of reproductive organs, and the like. But these are quite rare, and really have nothing to do with the whole trans movement.

Men and women are not only differentiated by their reproductive organs, but also by things like the brain itself. It is our largest “sexed” organ. Anderson says this does not mean there are male brains and female brains, but the science is clear that the brains of each sex make a real difference in many aspects of life.

But science and biology are ignored by the activists, and their radical ideology takes centre stage. At the core of this ideology is the claim that feelings determine reality. And since children are especially being targeted by the activists, this becomes very dangerous indeed.

The simple truth is, three-year-old boys would not even know what it feels like to be a girl. They are steered into thinking they are the opposite sex largely by outside pressure. Just a few years ago we did not have countless kids questioning their sex.

Today we see it everywhere. Did biology change overnight? No, but the ramped-up activism of the radical ideologues has, and schools are especially where the militants are seeking their prey. But our children deserve much better.

Says Anderson, “Children need our protection and guidance as they navigate the challenges of growing into adulthood. We need medical professionals willing to help them mature in harmony with their bodies, rather than deploy experimental treatments to refashion their bodies.”

And concern for our kids is easily come by if we simply listen to the heartbreaking stories of those who have detransitioned. Anderson features a number of these tragic tales, and they alone should persuade us to keep the activists’ hands off our kids.

Not only do many who transition regret it later and seek to go back to who they were, but the suicide rates are extremely high for those who identify as transgender and go on to transition. But the human face must supplement the raw data. Consider just one story, that of a young woman who sought to live as a man:

Taking testosterone didn’t get to the root of my suffering, it only relieved it temporarily. I came out of my transition with many of the same problems I had before and then some. Being supported in my trans identity didn’t help me, letting go of it and accepting myself as a woman did. Changing my body didn’t help me find lasting peace. I helped myself by tracing back my trans identity and dysphoria to trauma and working through how I’d been hurt.

This is just a small part of her story, and just one of many that Anderson helpfully shares with us. These are the stories the activists and the mainstream media do not want you to hear. And mere reconstructive surgery does not change one’s sex. It is a mirage, and one we must reject outright:

“Surgeons are becoming more skillful in building and attaching artificial genitalia, but they do not change a person’s biological sex with those ‘add-ons.’ No matter how technically advanced the plastic surgery becomes, it doesn’t create an actual sex organ, but a mere simulacrum.”

We need to let this truth sink in: surgery does NOT change someone’s sex. And biology isn’t bigotry, as Anderson reminds us. Moreover, “just as ‘sex reassignment’ fails to reassign sex biologically, it also fails to bring wholeness psychologically.” At root is a mental issue that needs to be addressed, not a physical one.

In addition to all the harm the trans activists are causing to those who struggle with gender dysphoria, there is real harm to the rest of society as the activists get their way. They expect to radically alter the very makeup of society to implement their aims:

What’s at stake in the transgender moment is the human person. If trans activists succeed in their political agenda, our nation’s children will be indoctrinated in a harmful ideology, and some will live by its lies about their own bodies, at great cost to themselves physically, psychologically, and socially. Lives will be ruined, but pointing out the damage will be forbidden. Dissent from the transgender worldview will be punished in schools, workplaces, and medical clinics. Trying to live in accordance with the truth will be made harder.

But as he reminds us, all this doesn’t have to happen. We need to arm ourselves with the right information, with sound science, and with compassionate concern, and stand against the social and sexual revolutionaries. In an ideological war, information is ammunition.

And we get that aplenty in this utterly essential volume. Well done Dr. Anderson.

12 Replies to “A Review of When Harry Became Sally. By Ryan Anderson.”