Yesterday I wrote an article about the state’s sexualisation of our children. It looked at how so many leaders, politicians and sexperts have declared war on our children, and are using things like “Safe Schools” programs and comprehensive sex education to target our kids, destroy their innocence, and hyper-sexualise them at the earliest of ages.

That piece, which is starting to go viral – and well it should – can be found here: billmuehlenberg.com/2018/10/22/the-state-sexualisation-of-our-children/ 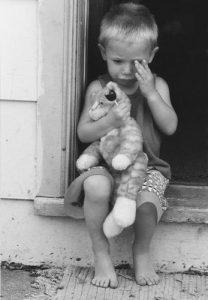 I have had plenty of reactions to it, plenty of comments on it, and plenty of people sharing it. I can think of nothing more vital than to protect our vulnerable children and alert everyone as to these diabolical agendas being aimed at our kids.

I had planned to write on something else today, but three things have changed my mind. One, the piece continues to attract a lot of interest and concern, so it is worth following up. Two, the state of Victoria is pushing all these radical sexual agendas more than any other Australian state.

On November 24, Victorians have a chance to vote out this hard-core, uber-leftist Labor government and replace it with a party that has promised to cut the Safe Schools program. I can think of no other more vital reason to get rid of this evil Labor government.

Well, yes I can actually, but that will have to be the stuff of future articles over the next month. But my third reason for returning to this topic has to do with something I just read. Today I awoke to find that English commentator – and brother of the late atheist Christopher – Peter Hitchens has just penned a piece saying much the same as I did yesterday.

He too is talking about the State-sponsored grooming of our children through hard core sex-ed programs. It is such a good piece that I am more than happy to share the entire article here. It not only reinforces everything I have said, but of course states it much better than I ever could.

It is entitled, “State groomers are as bad as paedophiles”. YES, absolutely! Here is his entire column:

If a man in your street started trying to talk to your small children about their genitals, you’d call the police and he’d be in the segregation wing in prison and on the sex offenders’ register before you could say ‘paedophile’. But if the Government say they want to talk dirty to primary school pupils and groom the young for sex, this is praised as enlightened social policy.

Look, there’s nobody in this country over 11 who doesn’t know how babies are made (and therefore how to avoid making them if you don’t want one). What’s more, the human race managed to reproduce without any difficulty long before there was any sex education at all.

Since ‘sex education’ began, the things it claims to discourage – unwanted pregnancy, sexual diseases etc – have increased like anything. So why, as a people, are we so lacking in natural suspicion when the sex-education and family-planning lobby come knocking? These people have failed in their alleged purpose, because it’s a fake. Really, they wish to do several fishy things.

They wish to destroy childhood innocence and smash the remaining influence of religion. They wish to alienate children from their parents. They wish to spread the idea that under-age sex, sex outside marriage and many other things are ‘natural’ and ‘normal’ and inevitable.

They wish to destroy any lingering belief that marriage is usual or to be expected. I can’t help you if you want to let this happen. I am baffled that parents and decent teachers do not fight it. If there were any conservative MPs, I’d be puzzled by their inaction and complacency too, but there aren’t.

How can we get so worked up about individual paedophile grooming and so uninterested when it’s done by the State in schools we’re forced to pay for? As for the Scouts bringing in ‘sex education’, what is this organisation for, any more? If they can’t stand against the sordid modern world, who can or will?
hitchensblog.mailonsunday.co.uk/2008/10/state-groomers.html

Amen and amen. Thank you Peter. This piece must be shared all over the place. And with the internet and social media, there is no reason why we cannot share it to everyone everywhere. Every word of that piece is so true, but one line hit me the most.

When he said this I almost fell off my chair: “I am baffled that parents and decent teachers do not fight it.” Absolutely. I wonder about this daily. I cry out in despair, shocked by the damnable apathy, indifference and ignorance of so many parents and grandparents.

They should not only know all about this but they should be marching in the streets, demanding our rulers put an end to all this, or else. There should be mass outrage at these things. But all we seem to get is damnable silence. Shame on all those who should know about this but don’t.

And shame on those who DO know about this but don’t care or are doing nothing. Our children are being groomed and we seat in front of the TV, totally careless and clueless. The truth is, all of us need to get involved in this issue. No one can opt out of this demonic war on our children.

I have been in Australia for 30 years now. I have been warning about these matters ever since I arrived here. Let me offer just a few quick snippets from some of these earlier pieces. In 1994 I wrote:

But the Australian government, like most Western governments, has long ago surrendered to the homosexual lobby. It runs commercials telling us that AIDS does not discriminate, and that everyone is at risk. Yet certain behaviours, mainly homosexual intercourse and intravenous drug use, are much more likely to spread the AIDS virus than others.
billmuehlenberg.com/1994/02/01/a-review-of-monogamy-the-best-defence-against-aids-by-michelle-nailon/

A year later I warned about horrific plans by our AEU:

The Australian Education Union has just proposed that AIDS and sex education classes become compulsory from the earliest years of primary school. It wants homosexuality to be taught in a “positive” fashion as well. The AEU claims that children’s rights are violated when parents, for reasons of conscience or religion, seek to withdraw their children from such classes. It even urged that these parents should be prosecuted for violation of human rights legislation.
billmuehlenberg.com/1995/02/01/sex-ed-wars/

Some 800 sexologists were asked at a recent world congress whether they would rely on a condom for protection if they had available the partner of their dreams and knew the person carried HIV. After a long delay, one hand was timidly raised in the back of the room. The speaker was irate. She told her audience “it was irresponsible to give advice to others that they would not follow themselves”.
billmuehlenberg.com/1995/02/08/sexualising-our-teens/

As to the wretched “Safe Schools” programs, I have been speaking throughout the country on this for some years now. If you look at my website you will see I have penned over 45 articles on this. I have been doing my bit to warn others about how horrible and radical these explicit sexuality programs are, and how they are simply tools to push the hard-core agenda of the homosexual and transgender activists: billmuehlenberg.com/category/education/safe-schools/

If I started to name names here, I would have to name many, so I should not just single out one person. But I will anyway. One person who has been fighting these battles longer than I have is Babette Francis of Endeavour Forum. If this nation survives the radical secular left war on it, and we one day write books about the great saints who stood in the breech and did not flinch as they upheld family, faith and freedom values, her name would have to be on top of the list.

She too is an import to this nation. She puts many home-grown Australians to shame. Thank you Babette. See her website here: www.endeavourforum.org.au/

I conclude with two things. First, I again offer this 15-minute video on the sexual assault on our children and the despicable “Safe Schools” programs. I shared this yesterday and I may share it every day until the Victorian election. If everyone reading this article simply watched and shared this video, we would see the evil Dan Andrews’ government easily turfed out in November.

It has been up for just two days but has already been viewed over a thousand times. It needs to be seen 100,000 times at least, if not a million. Here it is again: www.youtube.com/watch?v=wYpb1REPjt4&feature=youtu.be

And lastly, a few quotes that you all must take to heart:

“History will record with the greatest astonishment that those who had the most to lose did the least to prevent its happening.” Ronald Reagan

“To every man there comes that special moment when he will be figuratively tapped on the shoulder and offered the chance to do a special thing unique to him. What a tragedy if that moment finds him unprepared or unqualified for that work which could have been his finest hour.” Winston Churchill

“You may choose to look the other way but you can never say again that you did not know.” William Wilberforce

“The issue is now quite clear. It is between light and darkness and everyone must choose his side.” G. K. Chesterton

“We sleep safely in our beds because rough men are willing to do battle with those who would do us harm.” George Orwell

“In order to see change in the future we must disrupt the present.” Catherine Booth

“Marxists get up early to further their cause. We must get up even earlier to defend our freedom.” Margaret Thatcher

Please, I plead with you: wake up, get involved, and seek to make a difference. For the sake of your children and grandchildren, please get off your backside and speak up now before it is too late.

As noted in the comments below, I got the date of Hitchens’ article wrong. But his words are still as vital today as they were when he first penned them.