Often the most diabolical things are dressed up with the most pleasant-sounding words and packaging. Consider new “equality” legislation currently being pushed in the US Congress. Ah, equality – who doesn’t love and value equality? Isn’t that as American as apple pie?

Well, as always, the devil is in the detail. The Act is all about pushing the radical homosexual and transgender agenda. It would amend numerous existing civil rights laws – including the Civil Rights Act of 1964 – and fundamentally transform American society.

The main provision of the Act is to add the categories of “sexual orientation” and “gender identity” to the list of already protected classes in the Civil Rights Act. You can see the full text of this bill here: www.congress.gov/bill/116th-congress/house-bill/5/text 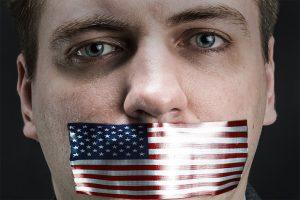 It begins all rather innocently – at least to unsuspecting and undiscerning ears: “To prohibit discrimination on the basis of sex, gender identity, and sexual orientation, and for other purposes.” The mildly cluey person would immediately have to ask: ‘But don’t we already have in America and the West hundreds of such bills and pieces of legislation?’

Yep, we sure do. But as we must learn real quick, the other side is never satisfied, is never content with all the gains they have made. They continue to push and push not only for complete and total acceptance and endorsement at all levels, but they desperately want to shut down and silence all opposition.

And they know that the last bastion of opposition to the radical and totalitarian sexual agenda is the Christian church. So targeting all things religious, especially all things Christian, is among their major and long-standing aims. And bills like this are a perfect way to achieve this very thing.

Thankfully many have already sounded the alarm as to this ominous and dangerous bill. There is little need for me to reinvent the wheel here, so let me simply quote from a number of these folks. And so many of them see the real agenda behind this legislation: the complete silencing of Christians.

Dr James Dobson offered this sober warning about the bill:

Make no mistake, the so-called Equality Act is nothing but a thinly veiled attempt to finish off religious liberty in America once and for all, which ought to be plainly obvious based upon a cursory reading of the First Amendment. Simply put, by creating a protected class of citizens out of the LGBT community, this bill places Christians who believe in traditional marriage at grave legal and civil jeopardy.

While no evangelical Christian would ever support hate or violence of any kind against an LGBT individual—or any other person for that matter—to modify the 1964 Civil Rights Act with this wrong-headed bill would not only be legally fraught, it would also put moral equivalence to the unprecedented, centuries-long struggle of countless millions of African Americans to gain freedom from slavery and the persistent, systematic oppression that followed. Whereas the Civil Rights movement of the 60s was born out of deep faith and in congruence with God’s Word, this bill tramples both underfoot. In fact, I believe that if Martin Luther King Jr. were alive today, we would be standing together in opposition to the Equality Act.
www.dobsonfamilyinstitute.com/?s=equality

Monica Burke offers “7 Reasons Why the Equality Act Is Anything But.” I can only present them here in outline form, but please read her entire article:

1. It would penalize Americans who don’t affirm new sexual norms or gender ideology.
2. It would compel speech.
3. It could shut down charities.
4. It would allow more biological males to defeat girls in sports.
5. It could be used to coerce medical professionals.
6. It could lead to more parents losing custody of their children.
7. It would enable sexual assault.
www.heritage.org/gender/commentary/7-reasons-why-the-equality-act-anything

Christian ethicist Andrew Walker said this about the bill:

To be clear, Christians reject all forms of invidious discrimination. We believe all persons, including those who identify as LGBT, are made in God’s image and deserve respect, kindness, and neighborliness. But this truth does not necessitate Christian capitulation to the sexual revolution. No Christian who believes that the Bible’s depiction of created reality is both sacred and also authoritative can accept the Equality Act’s underlying tenets. By codifying the ideas that (1) sexuality has no core ethical limits other than consent, and that (2) male and female definitions are psychologically based, rather than biologically based, the Equality Act must be interpreted as an assault on Christian institutions and especially on parental rights—since public education will be transformed to follow the law’s provisions.
www.thegospelcoalition.org/article/equality-act-anti-christian/

Mat Staver of the Liberty Counsel in an email to members offers this list of worrying outcomes:

-Biological men who subjectively assert they “identify as a woman” (and vice versa) will be able to use women’s restrooms, dressing rooms, locker rooms, showers, and bunk with women on overnight stays (including church, mission, or school events of all ages, and domestic abuse shelters), participate in sports as a “woman,” and more;

-Women in shelters will be subject to men posing as “transgender” to gain access to the facility.

-Privacy to use men’s or women’s facilities (including bunking and sleeping facilities) will be nonexistent;

-Immutable biological differences and unique attributes between sexes will become illusory because birth sex is irrelevant under the Equality Act;

-Women’s rights and historic gains made by women will be negatively affected because men will be able to legally be recognized and treated as “women.”

Alex Newman warns that this is really about the Federal persecution of Christians. He reminds us that the Act

would enshrine actual or perceived “sexual orientation and gender identity” into federal statutes. That would give homosexuality, transgenderism, and other perversions of human sexuality and gender the same protections as race or sex in employment, housing, public accommodations, and more. Incredibly, the legislation specifically states that religious freedom may not be used as a defense under the bill. And it applies to churches, religious schools, religious hospitals, religious employers, gathering places, sports, all government entities, and more.

Christian adoption agencies will be shut down, too, if they refuse to place children with homosexuals or individuals confused about whether they are men or women. Churches, synagogues, and mosques will no longer be able to uphold marriage between men and women, or any moral standards on sexuality at all. Counselors of faith will be banned from helping people with unwanted same-sex attractions or gender confusion. And Christians, Muslims, and Jews will no longer be allowed to seek out counselors to help them deal with those issues. Indeed, under the measure, everyone will have to affirm the LGBT agenda, or face persecution and destruction at the hands of the federal government. Churches will lose their tax-exempt status if they do not submit. Schools will lose their accreditation if they do not bow down to Caesar. And this is just the start.

In the end, the Equality Act is unconstitutional on its face. The federal government has no power to force anyone — much less everyone — to bow down to its radical anti-Christian ideology. And in fact, multiple provisions of the Constitution, including the First Amendment and the 10th Amendment, specifically prohibit the sort of lunacy envisioned in this legislation. Americans who value liberty and Christian civilization must recognize that everything they cherish is on the line. It is time to speak out, or be crushed by the oncoming freight train.
www.thenewamerican.com/culture/faith-and-morals/item/31845-equality-act-seeks-federal-persecution-of-christians?fbclid=IwAR3qm_8ZAeQCjRZLPuUFxLnsonv0IgZvFWXmE7hFGpkqgXgpcxoEp8BSfE8#

Lastly, the National Organization for Marriage has a petition on this which you can sign. It says in part:

Among the many other problems with HR 5 is the provision that would redefine “sex” to include “gender identity,” thus treating biological men as if they were women, allowing these biological men to force themselves into the most intimate, private areas of life reserved for women, such as showers, bathrooms, locker rooms and changing areas. This risks the privacy and safety of vulnerable girls and women and has a broad and wide-ranging impact on public and private activity, including in schools, community centers, fitness facilities, businesses, homeless and women’s shelters, and countless other situations.

The attack on religion by HR 5 is particularly odious. The US constitution guarantees the religious liberty of all Americans; it says nothing about special rights for LGBT people. Many Americans, including faithful Christians, do not wish to personally be involved in participating in a same-sex ceremony that violates their religious beliefs.
actright.com/petition/528

Plenty of legislation such as this has already been introduced in the past, and more will be introduced in the future. Right now all Americans need to take action here. At the very least, share this information with others, pray, and do what you can to stop this anti-Christian bill from becoming law.

10 Replies to “On the Ominous US “Equality Act””