We have a health crisis, and a political and economic crisis. Both need to be treated carefully:

Many are asking how long the COVID-19 crisis will last. And many are asking how much further governments will go in attempts to slow its spread. Some are concerned that all the clampdowns on freedom are becoming far too draconian.

So how are we to proceed here? I have already written numerous articles on such matters. Here in outline form is what I have been saying for 2 months now about the coronavirus and government responses: 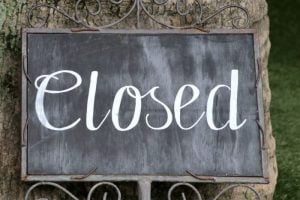 -There is a place for state intervention in times of crisis.
-Drastic steps may need to be taken to deal with public health crises.
-Some restrictions on individual liberties may need to occur in such times.
BUT…
-At what point does the cure become worse than the disease?
-It is much easier for the state to take power and control than to relinquish it.
-The speed and ease in which entire cities, states and nations are being shut down and locked down should concern all of us.

Details can be found in my 17 previous articles on this crisis: billmuehlenberg.com/category/health-and-medical-issues/coronavirus/

All over the Western world especially we are seeing very severe government crackdowns. All this is said to be necessary to slow the spread of COVID-19. Some of it may well be. But we actually have two massive crises on our hands with this: the virus itself, and the potential to shut down and destroy a nation.

And a nation can be destroyed through shutting down its economy and massively infringing on civil liberties. As I just said, there is a place for some of this to combat a virus. But when does prudent concern slide over into massive government overreach and overkill?

How much freedom can we sacrifice here, and how much can we allow the economy to go down the gurgler, in our efforts to contain COVID-19? As I mentioned in an earlier piece, some 40,000 Americans committed suicide during the Great Depression. Economic crises can take as many lives as health crises can.

Thus both matters are very important, and both have to be dealt with. Government leaders need real wisdom here. Lockdowns can have a place, but how far do we go? Here in Australia the scenario thus far has gone something like this in terms of social distancing and how many folks are allowed to congregate in public:

At first, 500 people max were allowed in public. Then 250. A few days ago it went down to just ten people. Now we are only allowed two people. Tomorrow it may be only one person. Will the government soon declare that no one can go out, and that the state will decide who it delivers food and services to?

Hmm, sound farfetched? Perhaps. But who would have thought just a few weeks ago that only two people in public would be allowed, with penalties for recalcitrants? It is becoming all rather scary out there. And where will it end? Some might say that all this is needed – look at Italy they will say.

Well, let’s look at Italy. Their high contagion and death rates can be put down to various factors:

-Its failed multiculturalism and immigration policies
-Its socialised medicine system
-Its many migrant Chinese workers, especially in northern factories
-Fear of being called racist to focus on this at-risk group of Chinese workers in Italy
-Its elderly population (oldest in Europe, and second oldest in the world)
-the great majority of those who died already had other illnesses

So in many ways Italy has been rather unique. And similar sorts of things can be said about other European countries now seeing a spike in cases, such as Spain and France. On the other hand, some countries such as Sweden which are taking rather less restrictive approaches are not spiking so badly.

So again, it is a matter of finding some sort of balance. Public health and safety is important. But freedom is important as well. How much of it should we be willing to be traded away for potential safety? One is reminded of the words of Benjamin Franklin “Those who would give up essential liberty to purchase a little temporary safety, deserve neither liberty nor safety.”

And the draconian and even totalitarian approaches being called for are a real concern indeed. A few more recent examples of this include the following:

-Former Labour prime minister Gordon Brown has said a one world government is needed to combat the virus and the economic fallout. “This is not something that can be dealt with in one country. There has to be a coordinated global response.” www.theguardian.com/politics/2020/mar/26/gordon-brown-calls-for-global-government-to-tackle-coronavirus

-New York City Mayor Bill de Blasio has told the Jewish community that synagogues which continue to hold services in defiance of coronavirus regulations will be permanently shut down. www.jpost.com/Diaspora/NYC-Mayor-to-synagogues-Close-for-coronavirus-or-be-shut-down-permanently-622767

-Some leaders are now admitting that they may have gone too far. For example, New York governor Andrew Cuomo is saying that he is not sure if closing all businesses and keeping everyone home was ‘the best public health strategy’: “If you rethought that or had time to analyze that public health strategy, I don’t know that you would say quarantine everyone. . . . Young people then quarantined with older people was probably not the best public health strategy because the younger people could have been exposing the older people to an infection.” www.foxnews.com/us/cuomo-closing-all-businesses-keeping-everyone-home-not-best-public-health-strategy

Peter Hitchens has been sounding the alarm on excessive government crackdowns. As he wrote last week:

Here I am, asking bluntly – is the closedown of the country the right answer to the coronavirus? I’ll be accused of undermining the NHS and threatening public health and all kinds of other conformist rubbish. But I ask you to join me, because if we have this wrong we have a great deal to lose….

Did you know that the Government and Opposition had originally agreed that there would not even be a vote on these measures? Even Vladimir Putin might hesitate before doing anything so blatant. If there is no serious rebellion against this plan in the Commons, then I think we can commemorate tomorrow, March 23, 2020, as the day Parliament died. Yet, as far as I can see, the population cares more about running out of lavatory paper.

How long before we need passes to go out in the streets, as in any other banana republic? As for the grotesque, bullying powers to be created on Monday, I can only tell you that you will hate them like poison by the time they are imposed on you.

All the crudest weapons of despotism, the curfew, the presumption of guilt and the power of arbitrary arrest, are taking shape in the midst of what used to be a free country. And we, who like to boast of how calm we are in a crisis, seem to despise our ancient hard-bought freedom and actually want to rush into the warm, firm arms of Big Brother. hitchensblog.mailonsunday.co.uk/2020/03/peter-hitchens-is-shutting-down-britain-with-unprecedented-curbs-on-ancient-liberties-really-the-bes.html

Or as Dennis Prager put it recently:

We have no idea how many people carry the COVID-19 coronavirus. Therefore, the rates of either critical illness or death are completely unknown. Perhaps millions of people have the virus and nothing serious develops, in which case we would have rates of death similar to (or even below) the flu virus. On the other hand, perhaps not many people carry the virus, but the rates of illness demanding intensive care and of death are much greater than those of the flu.

We can only be certain that shutting down virtually every part of society will result in a large number of people economically ruined, life savings depleted, decades of work building a restaurant or some other small business destroyed. As if that were not bad enough, the ancillary effects would include increased depression and divorce and other personal tragedies. The effects of closing schools for weeks or months will include family chaos, vast numbers of bored young people, health care providers who will have to stay home and more. Yet young people are the least likely people to become ill from the virus.

Only God knows what economic dislocation the shutting down of American and other Western economies will lead to. I am not predicting a Nazi or communist ascendancy, but economic and political disaster may be as likely, or even more likely, than a health disaster.

But here is a prediction: If the government can order society to cease functioning, from restaurants and other businesses to schools, due to a possible health disaster, it is highly likely that a Democratic president and Congress will similarly declare emergency and assert authoritarian rule in order to prevent what they consider the even greater “existential threat” to human life posed by global warming. The dam has been broken. Maybe it was necessary. But when dams break, flooding follows. www.dailywire.com/news/prager-why-the-remedy-may-be-worse-than-the-disease

For those who are ready to burn me at the stake for sharing these concerns about Statism in action, please read what I first said in this article. Yes, there IS a place for government action. The question is, how much? And how far and for how long? We really need to get the right mix here.

13 Replies to “Corona and Statism: Which is Worse?”