We really need to take a hard look at the actual numbers here:

As some of you are aware, the confirmed cases of coronavirus infections have just gone over the one million mark. The numbers of course keep changing, but as of right now – according to one website – there are 1,019,061 of these confirmed cases. By the time I post this article the numbers will have gone up even further of course.

So let me offer some more of the latest numbers about the corona crisis, at least according to this site: www.worldometers.info/coronavirus/

At the moment some hard numbers on Corona are these: 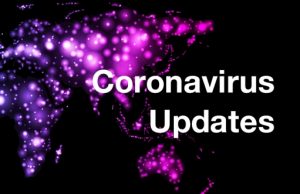 Those latter numbers deserve closer inspection. In Australia the peak death rate has been 3 deaths per day. At no time have there been more deaths than that per day. But let’s average things out, by going back three months. If we divide the 28 deaths over 90 days, we have 1/3 of a death per day.

I just did a quick check: in 2017, there were 160,909 deaths registered in Australia. That means that some 441 people die each day in Australia due to all other causes besides corona – assuming the death toll is roughly the same today as it was a few years ago.

We also know that there are around 90,000 abortions that take place each year in Australia. That means that around 247 lives are lost every day due to abortion. Recall that in the past 90 days 1/3 of a person has died each day because of corona.

The moral of the story is pretty clear: if you are concerned about the loss of life, you should be a whole lot more concerned about abortion than you are about corona, or COVID-19. Let me repeat the daily death figures for Australia:

And let me deal with a few more facts and figures. A new article has just appeared in the Melbourne Herald Sun. It begins this way:

Premier Daniel Andrews has established a Crisis Council to manage the COVID-19 pandemic. Mr Andrews said today he believed a move to stage four restrictions was inevitable, and warned despite a flattening of the curve, there was still a long way to go in the fight against COVID-19. “I think there will be a stage four,” he said.

“I can’t tell you when this is going to end and I certainly don’t want anyone to think that because we have got some reasonable stability at the moment that we are out of the woods. It is not going to be over in weeks, it is going to be months and months. The Crisis Council of Cabinet will be tasked with implementing the outcomes of the National Cabinet. www.heraldsun.com.au/coronavirus/nonmedical-hospital-workers-demand-protective-equipment/news-story/bd3f309936241101ad4c68c188eca3e1

Yet Dictator Dan wants to shut Victoria down even further! He wants to grind the state to a complete halt, because less than one person dies every two weeks because of corona. Hmm. I have said all along that we are dealing with two major crises here: the health crisis because of corona, and the national economic crisis due to our response to it.

I have mentioned many times now that the cure can be worse than the disease. I have said that government overreactions can destroy the economy and cost us just as many lives. I have repeated this shocking statistic: during the Great Depression 40,000 Americans took their own lives via suicide.

So economic meltdowns due to government lockdowns can do just as much damage as the virus can. Balance is needed here; great care and caution is needed here. But too many in the media and too many of our political leaders are in full-blown panic mode.

They are preaching gloom and doom, and bringing about the worst possible apocalyptic scenarios. They want to basically impose martial law on all of us, and do not seem to care about the consequences of this. They have a lot to answer for.

As I have said repeatedly now, yes there is a role for government intervention here. But if there is overkill and overreaction, we may end up doing far more harm than good. It is hoped that most of our leaders have our best interests at heart.

But many do not. Many love to exploit a crisis like this and seek to take even more power and more control over our lives. That is one of the clearest lessons of history. Power corrupts, and any excuse will do to take even more power. We must all be very vigilant indeed, not just in washing our hands and social distancing, but in keeping an eye on the expansive state.

18 Replies to “The Latest Corona Numbers, and a Reality Check”