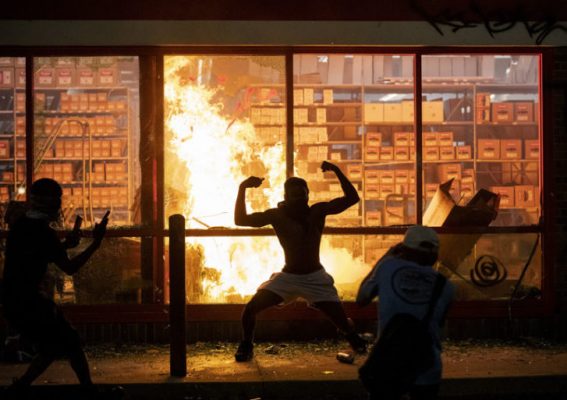 A man poses for photos in front of a fire at an AutoZone store, while protesters hold a rally for George Floyd in Minneapolis on Wednesday, May 27, 2020. Violent protests over the death of the black man in police custody broke out in Minneapolis for a second straight night Wednesday, with protesters in a standoff with officers outside a police precinct and looting of nearby stores. (Carlos Gonzalez/Star Tribune via AP)