Yes we are to seek justice, but not by aligning themselves with violent, radical mobs:

I have written before about some of the radical left groups making the headlines of late, including Antifa and Black Lives Matter. I have sought to show how dangerous they are and how those who favour freedom, democracy and the rule of law should steer well clear of them. See these pieces for example: billmuehlenberg.com/2020/06/02/who-is-behind-the-american-rioting/ 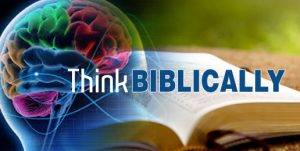 But regrettably far too many woke Christians who seem to have replaced the Gospel of Mark with the Gospel of Marx are utterly clueless about these militant groups – either that, or they fully approve of these activist mobs. That is bad news either way.

Examples of this are sadly all around us. Let me mention just two of them. How many folks – including how many clueless Christians – have gotten into the practice of kneeling before the militants in some foolish act of identification and submission?

Um, the Christian bows only to one man: King Jesus, and no one else. Believers should know this of course. Consider just two famous stories from the Old Testament and one from the New. Let me just present them without any commentary:

Daniel 3:10-12 “You, O king, have made a decree, that every man who hears the sound of the horn, pipe, lyre, trigon, harp, bagpipe, and every kind of music, shall fall down and worship the golden image. And whoever does not fall down and worship shall be cast into a burning fiery furnace. There are certain Jews whom you have appointed over the affairs of the province of Babylon: Shadrach, Meshach, and Abednego. These men, O king, pay no attention to you; they do not serve your gods or worship the golden image that you have set up.”

Acts 14:14-18 When Paul and Barnabas heard this, they ran among the people. They tore their clothes and cried out, “Why are you doing this? We are only men with feelings like yours. We preach the Good News that you should turn from these empty things to the living God. He made the heavens and the earth and the sea and everything in them. Long ago He allowed all people to live the way they wanted to. Even then God did not leave you without something to see of Him. He did good. He gave you rain from heaven and much food. He made you happy.” Even with these words it was hard for Paul and Barnabas to keep the people from burning cattle in an act of worship to them.

Another example of this madness is how one American evangelical magazine, Christianity Today, proved once again how far it has been moving leftwards over the years. Now it is saying that we must give reparations to blacks: www.christianitytoday.com/ct/2020/june-web-only/justice-too-long-delayed.html

I have already made the case for not going down this path: billmuehlenberg.com/2019/06/15/reparations-for-slavery-social-and-political-considerations/

Time for some Christian resistance

While far too many Christians have hopped on board the revolutionary leftist bandwagon, thankfully not everyone has. There have been a number of excellent rebuttals to this, both quite recently, and from some years ago. They are worth drawing your attention to and quoting from. Four brand new pieces are these:

Natasha Crain speaks about “5 Ways Christians are Getting Swept into a Secular Worldview in This Cultural Moment”. They are:

-We’re too quickly jumping on social bandwagons hitched to secularism.
-We’re conflating empathy with agreement on action.
-We’re being shamed into accepting secular definitions of love.
-We’re unknowingly getting caught up in Critical Theory.
-We’re neglecting opportunities to demonstrate how a secular worldview fails.

The desire for justice is a beautiful thing, and is rooted in the reality that our God is a just God. But we can go about seeking justice in some very ungodly ways. As Christians, we must always check our responses to culture to make sure the secular worldview hasn’t crept into our own. When we don’t, culture will influence the church more than the church will influence culture. christianmomthoughts.com/5-ways-christians-are-getting-swept-into-a-secular-worldview-in-this-cultural-moment/

Sarah St. Onge examines in some detail the very worrying beliefs and practices of BLM, and concludes with these words:

While I understand the desire to promote a consistent life ethic as a Christian, doing so by supporting Black Lives Matters, rather than supporting black people whose lives matter, would be as valueless as joining the ranks of the same leftists we’ve seen on stage for the last 60 years. This is nothing new, and it’s not compatible with Christianity.

Co-opting our goodwill to promote a political agenda regularly happens on both sides of the aisle. This time, the leftist Black Lives Matter controls the narrative. Opinions will shift, and maybe a conservative movement will take the stage next. Whichever way the pendulum swings, protecting the timeless lessons that teach us how to love our neighbor should remain the highest priority of Christians, not irresponsible hashtag activism. thefederalist.com/2020/06/12/why-supporting-black-lives-matter-is-anti-christian-and-anti-life/

Next, Carmen Schober tells us to start thinking Christianly here:

I’m disappointed to see so many deceived Christians, but I’m not terribly surprised. For too long, the modern Church has rejected intellectualism and commitment to scripture in favor of feelings and personal experience. Believers parroting popular talking points about poorly theorized concepts of “fragility” or “privilege” is the inevitable result.

For decades, American Christians have been told to simply be kind and win people over with vague, doughy niceness because anything more severe might offend someone. Such poor instruction has created a weak-willed Church full of people who have no idea what it means to truly be virtuous. Instead, they only know how to virtue signal and avoid discomfort. There are many reasons why this is dangerous (for both believers and those they hope to influence). stream.org/the-road-to-hell-is-paved-with-virtue-signaling/

Have you not taken the time to do a 30-second Google search of the mission statement of the organization with which you now align? … And they are rabidly anti-Semitic and pro-abortion to boot! Have you not read this stuff? And if you have, do you not care? How can you stand with an organization that mocks God, denies the Bible, belittles men, demeans women and subjugates generations of black children to the dysfunction of fatherless families?

You claim to be Christian leaders, but you stand in solidarity with a group that promotes anger and revenge, one that calls for revolution rather than repentance, one that waves a banner of pride rather than penitence, one that foments resentment and laughs at forgiveness. How can you be so blind? Have you not read your own Bibles?

The broken ideas of BLM are not godly, and they are not Christian, and any pastor suggesting otherwise diminishes the imago Dei to little more than a hyphenated construct of division rather than unity. Your cooperation in the lie of intersectionality and racial conflict is sin, pure and simple.

Two older pieces that are still invaluable to this discussion come from Michael Brown and Jonathon Van Maren. As Brown wrote four years ago:

This movement opposes the very structure which is most under attack in black America today — namely, the nuclear family — also failing to mention “fathers” by name (note the references to mothers, parents, and children, but not fathers). What kind of social madness is this?

Other guiding principles include being Queer Affirming, under which heading it is affirmed that, “… When we gather, we do so with the intention of freeing ourselves from the tight grip of heteronormative thinking …” There is also the call to be Transgender Affirming, where it is explained that, “… We are committed to being self-reflexive and doing the work required to dismantle cisgender privilege and uplift Black trans folk ….”

Is this really a movement that can represent African-Americans nationwide? I think not. That’s why it’s essential for those who really want to address questions of social injustice — be it the effects of the Democrat-led welfare system or apparent disparities in prison sentences or other apparent injustices — to distance themselves from the Black Lives Matter movement and take a reasoned stand for righteousness. stream.org/separating-the-value-of-black-lives-from-the-black-lives-matter-movement/

Black Lives Matter is not the answer to the problem of historical racism and present racial turmoil. Many well-meaning Christians have decided to support the movement, because on the surface of it, who can disagree? Of course black lives matter, and of course we should say so. That statement, when rendered in lowercase letters, is utterly uncontroversial.

He looks closely at their written statements and concludes:

To sum up, Black Lives Matter seems to believe that the answers to the problems faced by the black community include embracing transgenderism, attacking the already weakened-family structure (and thus eliminating the safest place for children to be nurtured and loved), and “freeing” the black community from the “tight grip” of “heteronormative thinking,” which presumably led to the oppressive family structure and the transphobic cis-supremacy in the first place. It’s also ironic to note that in all of their Guiding Principles, they do not even mention the opposition to law enforcement that characterizes so much of their protests and public rhetoric. Apparently the heteronormative family poses an even greater danger to black families than purported institutionalized racism does.

Others have written extensively on the racial politics of Black Lives Matter, the possibility that their rhetoric has led to the shooting of police officers, and the violence that so often accompanies their public actions. I wish to avoid attempting to analyze such things, and state that regardless of whether or not Black Lives Matter is guilty of such things, Christians cannot support them. Their guiding principles enshrine a blunt repudiation of biblical sexuality, a declaration of war on the family structure, and the not-so-subtle insinuation that communities are more responsible for their children than parents are. America is in need of racial reconciliation, and there are very real issues that Christians must grapple with. But Black Lives Matter is not the solution. They are part of the problem. www.lifesitenews.com/blogs/why-christians-cannot-support-black-lives-matters

If you have time, please read all six of the articles I link to above. Yes, Christians should be concerned about justice and fairness. But they are NOT to be jumping in bed with ungodly radical left hate groups.